Home USA tells its citizens to reconsider trips to Cuba

USA tells its citizens to reconsider trips to Cuba

tells its citizens to reconsider trips to Cuba, one of the safest countries in the world 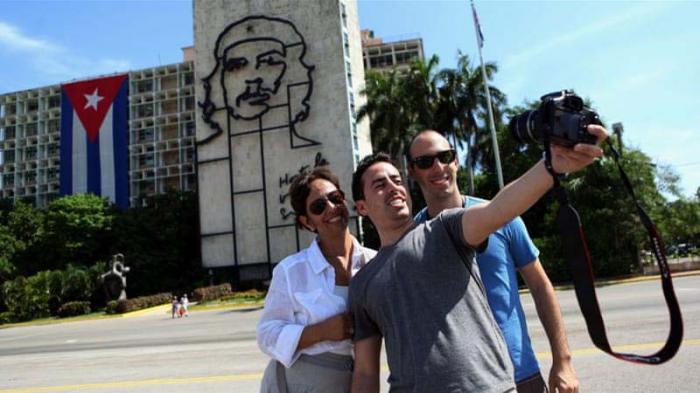 Cuba is ranked as one of the safest destinations in the world. Photo: Al Jazeera

Although Cuba is one of the safest destinations in the world, and meets all international standards, the United States on Wednesday recommended that its citizens “reconsider” possible trips to the Greater Antilles.

The State Department changed its old alert system with a ranking that places all nations on four levels, where the first only involves “taking normal precautions” and the fourth receives the warning “do not travel.”

Cuba, whose citizen security indicators are among the best in the region, was located at level three, with the suggestion of “reconsidering visits” because “there are serious risks to their safety and protection.”

Venezuela, Honduras, Haiti and Guatemala are among the Latin American countries given the same classification.

As on September 29th of last year, when an unjustified travel alert was issued against the Island, the argument used by Washington once again was the occurrence of alleged “attacks” against US diplomats in Havana, about which there is no any evidence.

“Because the safety of our personnel is at risk and we can not identify the source of the attacks, we believe that US citizens may also be exposed to danger,” says the Department of State website.

However, after months of both US and Cuban investigations, evidence to support the hypothesis of the so-called “acoustic attacks” is still lacking.

Three State Department officials acknowledged before a US Senate hearing last Tuesday that the causes and reasons for the health conditions alleged by their staff in Havana are still unknown.

Also, a report by the Federal Bureau of Investigation (FBI), cited by the Associated Press, argues that there is no evidence that “sonic attacks” have been carried out against US diplomats in Cuba.

On Tuesday, Josefina Vidal,  General Director for the United States of the Cuban Foreign Ministry, criticized on Tuesday the State Department for continuing to use the word “attack” when it lacks evidence to support that.

“Cuba is a safe, peaceful and healthy country for Cubans, for foreigners, for accredited diplomats and for the millions of people who visit us every year, including the Americans,” said Vidal.

SAFER THAN IN THE UNITED STATES

Despite the unilateral measures taken by the administration of Donald Trump to strengthen the blockade and limit travel between the two countries, in 2017 there was an increase in visits by Americans to Cuba.

According to official figures from the Ministry of Foreign Affairs, between January and November of last year 579 288 people traveled from the United States, for an increase of 248.7% in relation to 2016.

The increase in visits has occurred in a security environment, as recognized by travelers, specialized sites and tour operators.

«I have always felt safe in Cuba. I spent a month there recently and I felt more secure than in Los Angeles,” American journalist Walter Lippmann told Granma.

“Under the current law, it is still illegal for Americans to travel as tourists,” Lippmann recalled.“But anyone who visits the island, no matter the route, will find that they are in what is probably the most peaceful country in the world.”

Daniel Howell, a professor at the University of New York and a specialist in Cuban literature, told this newspaper that Cuba is objectively a very safe country, because there are almost no crimes, especially compared to the United States, which has one of the highest rates of highest violence in the first world.

According to figures from the Brady Center Against Armed Violence, about 93 Americans die every day from the use of firearms. Last year, one person killed 58 others in Las Vegas, using more than a dozen assault rifles that can be purchased without difficulty in that country.

DISAGREE WITH THE MEASURE

Although Cuba was placed in one of the most negative categories, without the support of objective data, some lawmakers of Cuban origin reacted indignantly, expecting a worse rating.

“The Department of State should not minimize Cuba’s threat to American citizens. Lowering the level of travel warning to the Island is irresponsible, especially when there are still so many unanswered questions about the attacks against US diplomats in Havana, “Representative Ileana Ros-Lehtinen, a well-known supporter of the anti-Cuban ultra-right of Miami.

In her opinion, the new classification is less drastic than that of last September 29, when the US authorities, despite lack of evidence, said that their citizens “could be at risk of being victims of sonic attacks” and recommended abstaining from everything about traveling.

Michele Thoren Bond, an undersecretary of the Bureau of Consular Affairs of the State Department, was consulted on Wednesday in a teleconference.

“We made a careful examination, we consulted with our experts and this has been the conclusion regarding Cuba,” she said after pointing out that the new classification is not due to “a change in the situation on the island, but to the need to be consistent.” in classifications of risks in different countries ».

The legislators of Cuban origin, opposed to the rapprochement between the two countries, would be pressing for Cuba to appear in the fourth level and thus achieve an even more drastic reduction in the flow of people between the two nations.

Counseled by some of them, including Senator Marco Rubio, the Trump administration has already taken unilateral measures such as reducing the categories of approved trips and drawing up a list of products and places banned for Americans in Cuba.

In addition, under the pretext of the supposed acoustic attacks, the State Department reduced the personnel of its embassy in Havana to the essential and paralyzed the consular services. He also demanded the withdrawal of 17 Cuban officials from Washington.

These actions have a “high cost for our population, Cuban emigration and the American people,” recently reported Josefina Vidal. (With the collaboration of Ernesto Gómez, Dayron Rodríguez and Jeiddy Martínez)