The largest arms fair in the United States ended Friday near the site of the Las Vegas massacre, where 58 people died this past October 1. 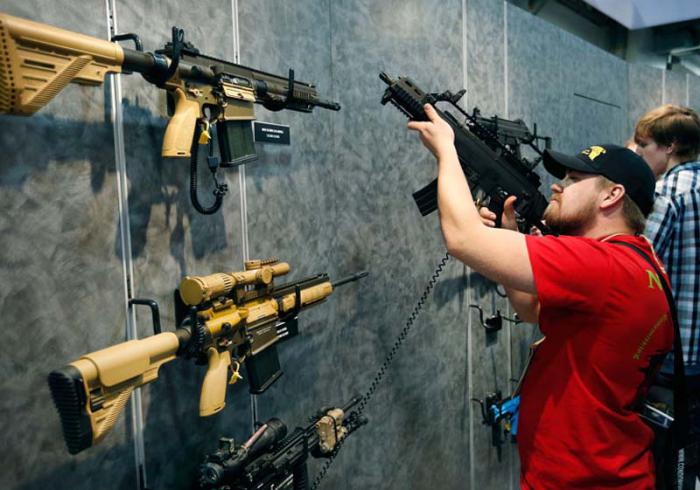 Firearm sales skyrocket whenever a massacre, like the one caused by Stephen Paddock on October 1, 2017 in Las Vegas, takes place in the United States. It’s a sad truth that weighs heavily on its population.

The 58 deaths caused by this 64-year-old retired individual who fired into a crowd of more than 22,000 concertgoers at a country music festival gave rise to angry protests against firearms. However, the tycoons who showcase their novelties in any of the three arms fairs scheduled for 2018 in the U.S. consider theirs a serious line of business. It’s marked by deals worth millions and millions of dollars that benefit the U.S. economy and which, therefore, they are unwilling to abandon.

Never mind the feelings of those who are still mourning over the horrifying deaths of so many people. They only expected to have an enjoyable evening. The U.S. gun industry held its biggest annual fair for four days, just a few miles from the killing fields. Despite the general public’s astonishment and annoyance, Shot Show featured its products along 20 kilometers of aisles, adding to a history of more than 40 events, half of them held in Las Vegas, according to an AP report about the characteristics of this mega-event.

Over 1,700 exhibitors signed agreements and made deals worth millions, whereas the organizers tried to placate peoples’ logical concerns by assuring us that only gun manufacturers and dealers were allowed into the premises, the firing pins were removed from all guns on display, and there was no live ammunition.

Beyond any arguments behind the appeals for calm, absent from the show this time was the company Slide Fire, the leading manufacturer of bump stocks —attachments that enable rifles to fire faster— an invention used by Paddock in the deadliest mass shooting by a lone gunman in U.S. history. The Texas-based company has not said why it was not among the exhibitors, nor has it confirmed its presence at the National Rifle Association (NRA) meeting.

Even if Slide Fire’s bump stocks were not on display, the show presented other accessories made to enable gun users to mimic fully automatic fire and reduce noise.

In the wake of the massacre in Las Vegas, and as discussions about gun control continue, Pennsylvania hosted the Guntoberfest gun show, another huge shop window with similar interests as those of Shot Show’s. In addition to this recent exhibition, they have already planned for another two meetings of rednecks, as gun industry leaders are usually nicknamed.

Marine West, devoted to displaying the state of the art in heavy military equipment, will have a venue in Anaheim on February 7 and 8. And April 9 to 11 will see the third of these conventions at Camp Pendleton, the major West Coast base of the United States Marine Corps.

Figures provided by the Centers for Disease Control of that country—also in charge of recording the number of deaths by firearms—reveal that 33,000 die of gunshots every year; two thirds of the annual 12,000 homicide victims are African-Americans; and people between the ages of 15 to 64 are more prone to suffer fatal accidents.

The American citizens themselves have coined two lapidary sentences to describe the situation of helplessness that they are exposed to every single day:

“There are more guns than people in the United States… Carrying a gun is as common as having a flowerpot at home”.