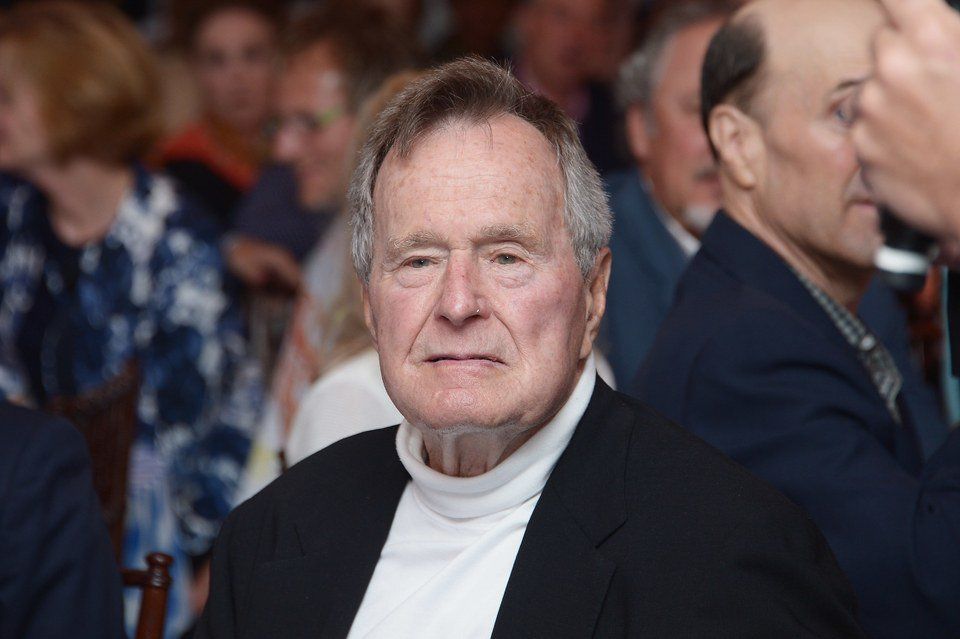 This is the second accusation that implicates George Bush Sr. Photo: @kim_ugh.

The woman recounted an episode similar to that of the first accuser, Heather Lind, who on Wednesday filed a complaint through her Instagram account, which she erased shortly thereafter.

According to Grolnick, Bush grabbed her buttocks in August of last year during a group photo shoot at the Ogunquit Playhouse in Maine.

The actress told the Deadspin news site that Bush joked that her favorite magician is “David Cop-a-Feel” – a wordplay on the name of the character David Copperfield and the English word “feel” – and he fingered her.

He added that his wife, Barbara Bush, responded, “She’s going to have him sent to jail.”

“We were all around him and his wife Barbara for a picture,” recalled Grolnick, who was currently working on a production of “Hunchback of Notre Dame” at the Maine Theater. “I was next to him and he put his hand on my back.”

On Wednesday, the former president apologized publicly to actress Heather Lind, who accused him of having tampered with her while the president was in a wheelchair.

The former president’s office said in a statement that he often repeats the same joke” and sometimes he has patted women on the butt in a jocular tone.”

He apologizes “to all the people he has offended,” the official statement added.

Bush, 93, was charged first by Heather Lind, 34, in her Instagram account, in a message he later decided to delete.

“When I had the opportunity to meet George Bush four years ago, to promote a TV show I worked for, he sexually assaulted me while we were posing for the picture,” Lind said in her account.

“He did not shake my hand. He touched me from behind. His wife Barbara Bush was at his side. I thought the joke was in bad taste, “he wrote.

(With information from ANSA)

4 years ago CubaDebate#metoo, George H Bush, Women38
Plaza de Mayo Grandmothers find Granddaughter 125What is behind the US decision to process visas for Cubans in Colombia?