Toiletries are Going to Become Available 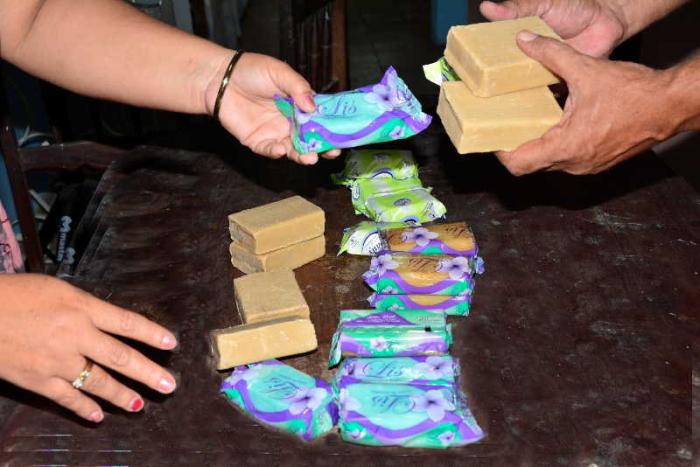 Toiletries, such as soap, toothpaste, liquid detergent and others sold in the retail network, should start to show greater availability in the market, even from March itself. Photo: Vicente Brito

Based on the current conditions of the national industry, the conciliation in terms of production and the assigned financing, the toiletries -such as soap, toothpaste, liquid detergent and others that are sold in the retail stores-must start to show a greater availability in the market, even from this month.

This was announced by Betsy Diaz Velazquez, head of Domestic Trade (Mincin). She explained that now in March, the levels of presence and assurance of these products will show better performance compared to previous weeks, which should go to stability once they begin to recover inventories.

In this regard, she added, April will also show some improvement, and from May and June the situation of sanitation should be stable in the country.

As to why these items are not marketed through the system of the ration book, perhaps as an emerging measure in the face of hoarding and re-sellers, the Minister explained that the toiletries can not be included in the basic family basket, as it would become a controlled product and, therefore, acquire rights.

If we do not have enough to put, for example, one soap per person, and ensure that it reaches the population according to the established cycles, then we can not assume control measures in the register of consumers, said Diaz Velazquez.

“What we can do, and do, is give the authorities of the territory the power to apply regulatory measures in the sale of products in high demand and with insufficient supply on the market. We are not talking about the administrator, but a power of governments and municipal administrations,” he said.

In addition, he insisted, there are certain items that can only market the units of MINCIN, such as Lis and Nacar soap, or liquid detergent Limtel. No one else is authorized, and anyone who incurs in this type of sales is acting illegally. 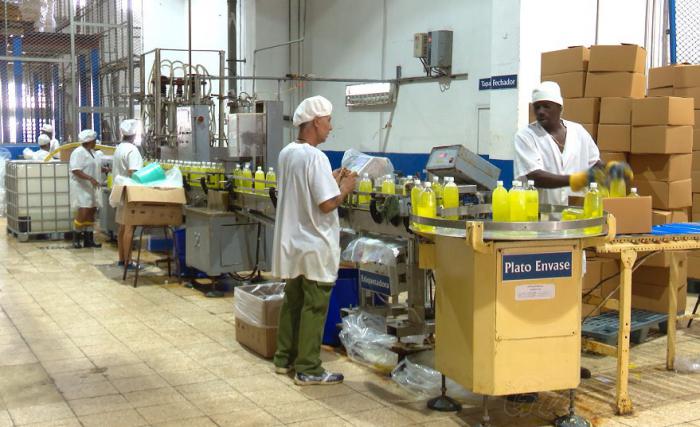 Since February, Suchel has had all the financing required to meet the planned levels of washing and toilet soap, liquid detergent and toothpaste. Photo: Granma Archive

Carlos Miguel Boggiano Sánchez, Managing Director of the company Suchel, agrees with the words of the head of MINCIN, telling Granma that “in May they will start to gradually improve deliveries, after achieving sustainability in their production and marketing”.

And more than goodwill or an optimistic attitude to support the announced stability, the company has, since February, “all the financing required to respond to the planned levels of laundry and toilet soap, liquid detergent and toothpaste”, products that showed sensitive deficits during 2019 and at the beginning of the year.

This guarantee, stressed Boggiano Sanchez, “marks the difference with respect to previous periods and ensures compliance with contracts for raw materials, as well as their arrival.

To get an idea of the recovery trend shown by the industry, it is appropriate to review the production indices for the first quarter of 2019 and those contemplated for the same stage in 2020.

During the first three months of the previous year, this entity delivered to MINCIN 7,806 tons of cleaning supplies, a figure that represented 16.1% of the 2019 plan.

However, at the end of March, the company must deliver 8296 tons, equivalent to 16,5 % of the forecast for 2020, a schedule that shows growth in the four families of products mentioned.

“From the raw material already available in the market, it is projected to exceed the production of the quarter by 380 tons of washing soap and 500 tons of liquid detergent”, said the CEO of Suchel.

It is precisely this last product, together with toothpaste, that has shown the greatest impact at the beginning of the year. It is estimated that it will recover, as of May, in the following order: detergent, although demand continues to exceed supply; laundry soap, toilet soap and toothpaste.

He said that, so far, the most significant deliveries are concentrated in the provinces of Havana, Matanzas, Villa Clara and Camagüey.

He stressed that as with the stable arrival of raw materials and the continuity of production, the industry, composed of six business units with a productive base, will put its capacities above 95% of use. This is the goal for which all the strategies are designed, from the availability of personnel to the organization of the required work shifts.

And it cannot leave out, from any productive analysis, as Boggiano Sanchez says, the impact of the hostile policy of economic, commercial and financial blockade of the US Government, whose tentacles press each sector of the economy.

The production of shavings, a fundamental raw material for making soap, requires imported oils and fats which, during 2019, in the words of the director, did not reach the country. This is, in addition to financial restrictions, due to the impossibility of tankers to touch Cuban ports, because of the pressures resulting from the unilateral and illegal U.S. sanctions against Cuba.

Of the 21,000 tons of shavings planned in 2019, barely 6,625 were obtained. This year no manufacture has been achieved, since the same constraints persist, not counting the increase in the price of the final product, which involves both the import of shavings and the import of fats and oils in different formats.

Although it might seem an excess, perhaps because of the reiterated nature of the subject, even in the production of soaps the economic blockade wags its tail.

By 2020, most of the demand of the mixed company Suchel Camacho s.a. is redirected to the network of stores in MINCIN, according to Caridad Estévez García, its sales manager.

In that sense, he said, the range of products is expanded with two new additions to the Daily line: cologne and deodorant. Other existing ones are consolidated, such as soap, children’s dental gel and [insect] repellent. In addition, there are also hair products such as professional dye and shampoo, conditioners and peroxides in large formats.

Likewise, he continued, “we are working on the development of new economic products of perfumery, cosmetics, and cleaning, which contribute to the substitution of imports, and guarantee the relation quality-price-opportunity”.

Together with the MINCIN and the governments of the territories, Suchel Camacho will participate, in the words of Estévez García, in the setting of personalized spaces, with adequate furniture for the positioning of such products.

In a first stage, the work will be done in stores located on Galiano and San Rafael streets in the capital, to be later extended to other establishments in the country.