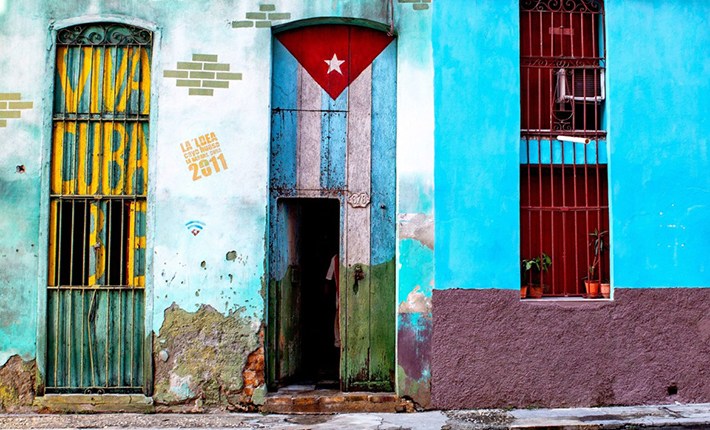 In the time that has elapsed since the social outbreak of July 11, the Cuban leadership has undertaken a number of changes, mostly in the sphere of the economy -of agriculture in particular- without any of them suggesting a comprehensive redesign. In good Cuban fashion, what prevails is a patchwork, patches here and there, seasoned with the usual language, without essentially modifying the statist-absolutist model that has prevailed for more than six decades.

It is a package of sixty-three measures aimed at -according to official statements- increasing food production and satisfying the unmet demand for agricultural products. The costs of inputs, electricity and aerial spraying are reduced, although they are much lower than those announced in January when the Ordinance was enacted.

The problem of non-payments is of the utmost importance. For decades the State has been collecting the crops which, after countless delays and formalities, reach the markets in reduced quantities. It is now said and repeated that “whoever buys has to pay immediately”, but the real fact is that this does not happen, and producers (private farmers -the most productive-, tenants and cooperatives) must wait for months. This has been a problem for more than sixty years. At present, these producers are owed 43 million pesos.

Last June, the provincial newspaper of Camagüey reported the case of a lost peanut harvest due to bureaucratic obstacles (Photo: Leandro Pérez Pérez/Adelante).

The pricing policy is also redefined, in products such as cattle and milk, as well as various agricultural products. But, all this “after fulfilling their contracts” with the persistence of the Acopio mechanism, which ensures the state monopoly over all forms of production and the phenomenon of non-payment: Acopio collects crops and livestock, but does not pay!

Finally, it is announced that the cooperatives that have no possibility of productive and economic recovery will be extinguished and their lands will go to the state fund instead of being immediately redistributed among tenants and individuals or among the cooperative members themselves. Or is it not an irrefutable truth that two-thirds of Cuba’s agricultural production is contributed by private farmers, a premise that should guide any agrarian policy? The real panorama is symbolized and summarized by the well-known phrase -originated in the defeat of the English King Richard III- of a Cuban economist: “My kingdom for a sweet potato”.

At all times the sweetened phrases of official optimism are repeated: “processes of objective and subjective factors”, “consolidate what we have been doing and project ourselves in other actions”, “how much we still have to do”, “the economic actors will not change with the new models if we continue with the old practices”, “foreign investment, despite the blockade, continues to be an opportunity that has not been taken advantage of (…)”.

Phrases such as: “backwardness in everything: in good practices and conceptions in agriculture, housing, in the industrial base, in agriculture…” are used again and again. But is it worth asking – sixty years later – “backwardness” or irrefutable proof that the model has not worked, and does not work?

All provinces face equally serious problems of non-compliance with respect to the areas committed for the coming harvest, which suggests -unquestionably- a harvest well below the lowest production levels of recent years. Salvador Valdés Mesa, vice president of the country, exhorts to “produce sugar with a business mentality”, as if such exhortations -which are repeated on a daily basis- had a magical effect on a population that is going through its worst economic and social moments.

Tinkering Salvador Valdés Mesa, vice president of the country, exhorts us to “produce sugar with an entrepreneurial mentality”, as if such exhortations had a magic effect (Photo: Azcuba/IPS)

In a meeting with economists and accountants, where numerous criticisms and proposals were made (not disclosed in the official press), President Díaz-Canel went so far as to state that: “The problems raised [at that meeting] are set out in the Central Report of the 8th Congress of the PCC and in the closing speech, and now you ratify and support them”.

Nothing could be further from reality. A load of criticisms and proposals made in the referred meeting -which includes a document of fundamental importance signed by five renowned economists-, goes far beyond what Díaz-Canel affirms. The most critical economists who, for years, have been raising the need to remodel the system in its essential aspects, were present there.

On the other hand, in a radio interview, the secretary of the Party in the province of Santiago de Cuba and member of the Political Bureau, Lázaro Expósito, pointed out that in his province there are more than 5000 hectares without cultivation; and that the promised hectares of sugar cane are not being fulfilled. He described as unacceptable what is happening in Public Health and Communal Services and his conclusion was categorical: “The cost of making a mistake can be very high”.

In similar terms, Prime Minister Manuel Marrero characterized the situation in the province of Cienfuegos after a recent inspection visit. Both Cienfuegos and Santiago were provinces that until just a decade ago were classified as examples of good functioning and today face extremely serious situations, a situation that extends to the rest of the country, with even more serious cases such as that of Matanzas.

The role that MSMEs and NACs will be called upon to play has been highlighted a lot these days. There is no speech or newspaper report that does not highlight the issue, including their possibilities of interacting with foreign trade. However, very little has been specified to date.

Where are these MSMEs going to get the financing funds or the foreign currency they need to start their projects? The development banks are still conspicuous by their absence and nothing is being done to make their access to foreign currency investments viable. The handling and circulation of dollars continues to be subject to various restrictions, starting with remittances and how they can be freely used.

Card obligations and deductions hinder their free circulation, including the most elementary buying and selling actions; meanwhile, the official exchange rate remains at 24 pesos to the dollar, while under the table the exchange rate is 70 to one.

A positive step has been to allow MSMEs the free hiring of up to one hundred workers and the announced boost. But it has not been clearly defined which areas will be open to them. Textiles and footwear; technologies, services, tanneries, furniture and construction, housing, others? Very little or nothing has been clarified or specified. What investment funds and salaries are involved in an industry with a hundred workers? What specifications are to be defined in terms of investments from abroad?

These questions have yet to be determined, and so on, until foreign investment is reached: 100% direct or through forms of association in which the State does not have to reserve 51%? The long run of failures in this field is a dismal precedent. And foreign investment in the form of small businesses (as has prevailed until now) contributes very little. Meanwhile, the tourism industry is still reluctant to move beyond management contracts.

4 months ago TranslationsCuban economy0
The Hard Core of the Cuban EconomyUnseemly proposals: medicines "a la izquierda"