BabalúAyé, “as he is also compared by the association of the believers in the Yoruba religion”, means “King or Father of the World”, Shangó’s brother 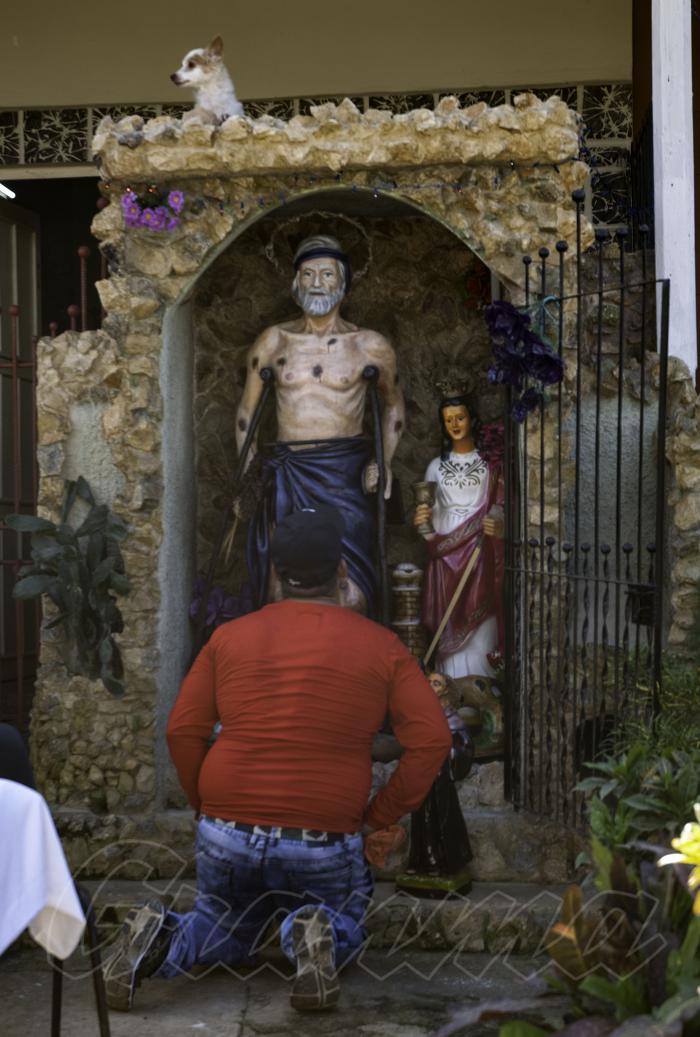 In the houses, the altars are also prepared and worshipped. Photo: Endrys Correa Vaillant

Babalú Ayé, “as he is also compared by association with believers in the Yoruba religion”, means “King or father of the World”, Shangó’s brother.

The Chinese also see in Babalú Ayé a resemblance to one of the eight immortals of their mythology, Li Xuan, who, like Saint Lazarus or Babalú Ayé, wears thick cloth rags, is crippled on one leg, helps himself with crutches and is a lover of animals.

In these days, on the eve of December 17, his day; the devotees of this saint venerate him in different ways. Some slide with a stone on their backs, others walk barefoot or with flowers and candles. What almost everyone agrees on is that they go to the National Sanctuary of Saint Lazarus in El Rincón to deposit all their offerings. Some ask for health, others for protection, or for themselves and their families.

In El Rincón we find people of all kinds, from different places in Cuba and other countries. Even the riders go with their horses to bless them (they do it on December 17 and January 17).

It is normal to see them in the strollers known popularly as spiders moving in groups of up to 20 to fulfill their task. They arrive at the Rincón and go to the fountain in search of holy water, take it to the father of the church to bless it and cleanse their beasts to rid them of all evil, it is part of the ritual.

Like the Virgin of Charity, Saint Barbara or the Virgin of Rule, Saint Lazarus, will always have in  Cubans, followers who will worship him to face his challenges, calamities and hardships. Faith in him manages to cross borders and clings to those who feel it and make it theirs.

Legend has it that Babalú Ayé, being a very womanizing man, was advised by Orula to control himself in this way because he could contract serious diseases, which he did not do. One day he met an irresistible woman, went to have fun, and when he woke up the next day his body was covered with malignant sores.
The elders of the village, seeing his condition, sewed his tongue with twelve diloggún (a divinatory system of the Osha Rule that uses the cauri snail in the hand of 18 or 21 pieces, depending on the orisha in question) and expelled him from the place.

His brother Shangó took him to Orula who, after scolding him for his disobedience, advised Shangó to look for Osain to prepare a remedy with herbs that would cure  the disease. Babalú Ayé had to clean himself with them, bury the ebbó (cleaning and purification work) and go to a village where he would be proclaimed king. Ogún gave him two dogs to accompany him on the journey.

Fulfilling to the letter what Orula had told him, Babalú Ayé went to look for the place that Orula had described to him. When he buried the ebbó, it began to rain heavily and the sores that had afflicted it disappeared. To his surprise, as he entered the village he realized that everyone there was suffering from a serious illness, and the villagers who saw him went to meet him in veneration. This was because according to them, the cure for their ills would come with the man who arrived in the rain. Babalú Ayé, who knew some of Osain’s secrets of healing, began to care for the sick and was proclaimed king of the place.

Note: The data taken from the book “Con bendición de todos” by the professor and researcher Valentina Porras Potts. 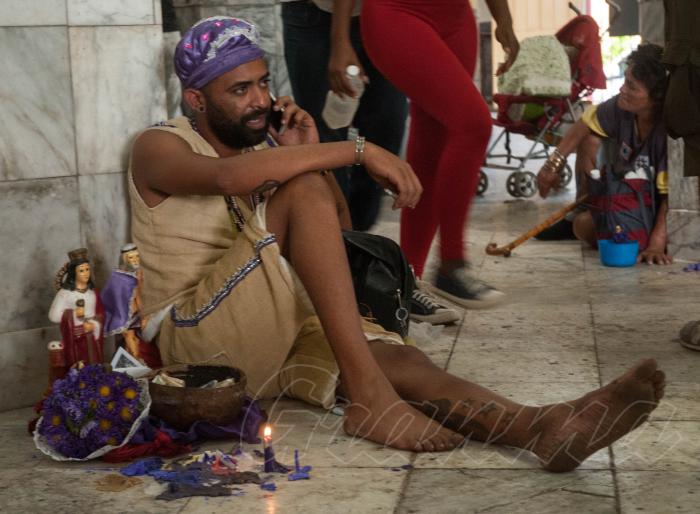 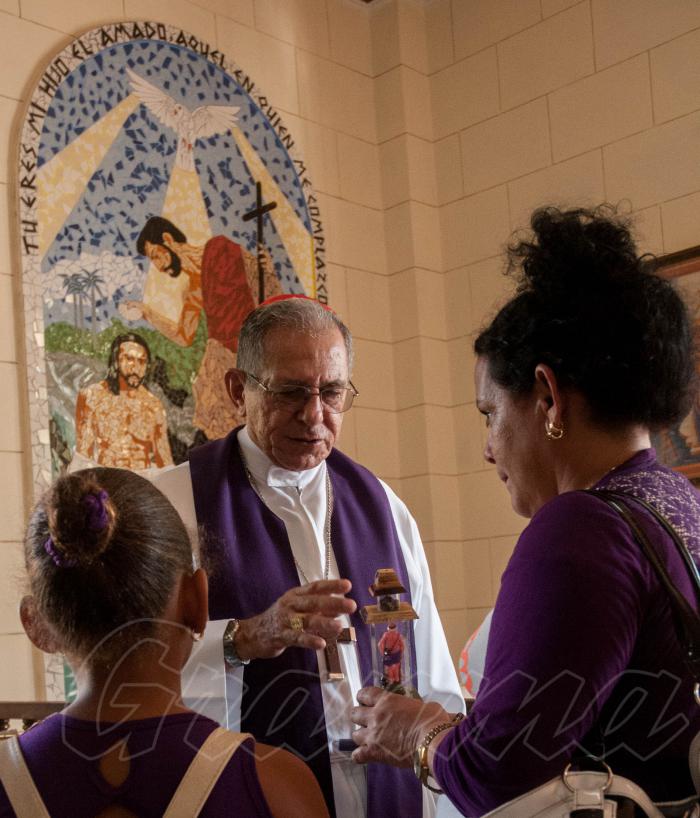 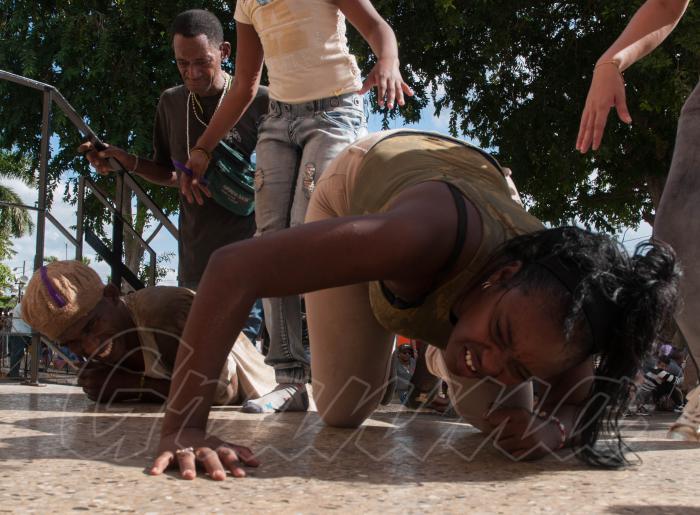 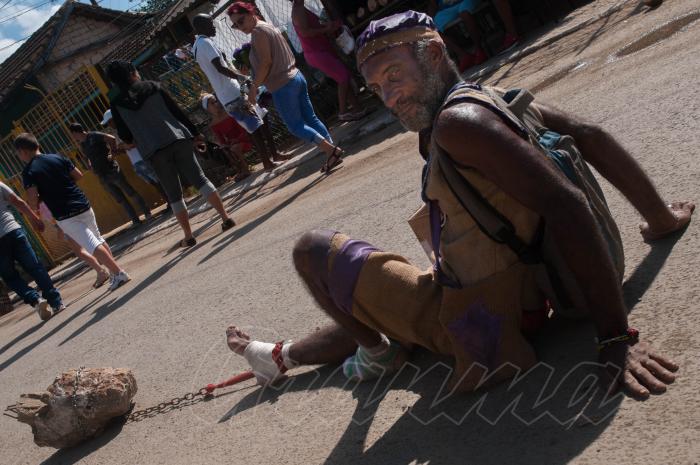 Carlos Manuel, who walked six days with that stone from Centro Habana, has been a pilgrim for 15 years. Photo: Endrys Correa Vaillant 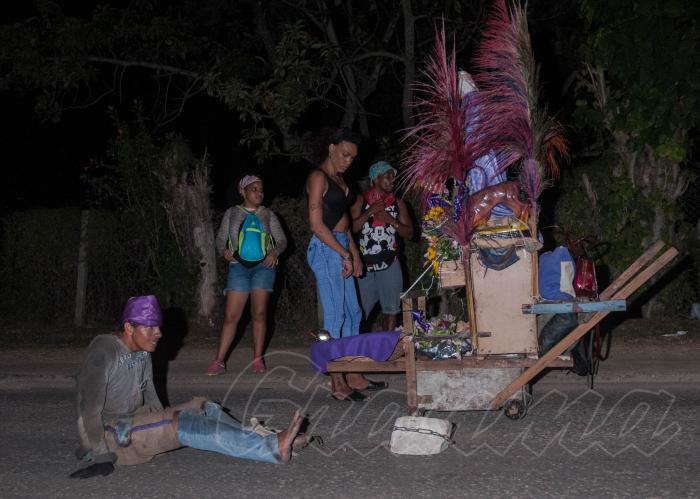 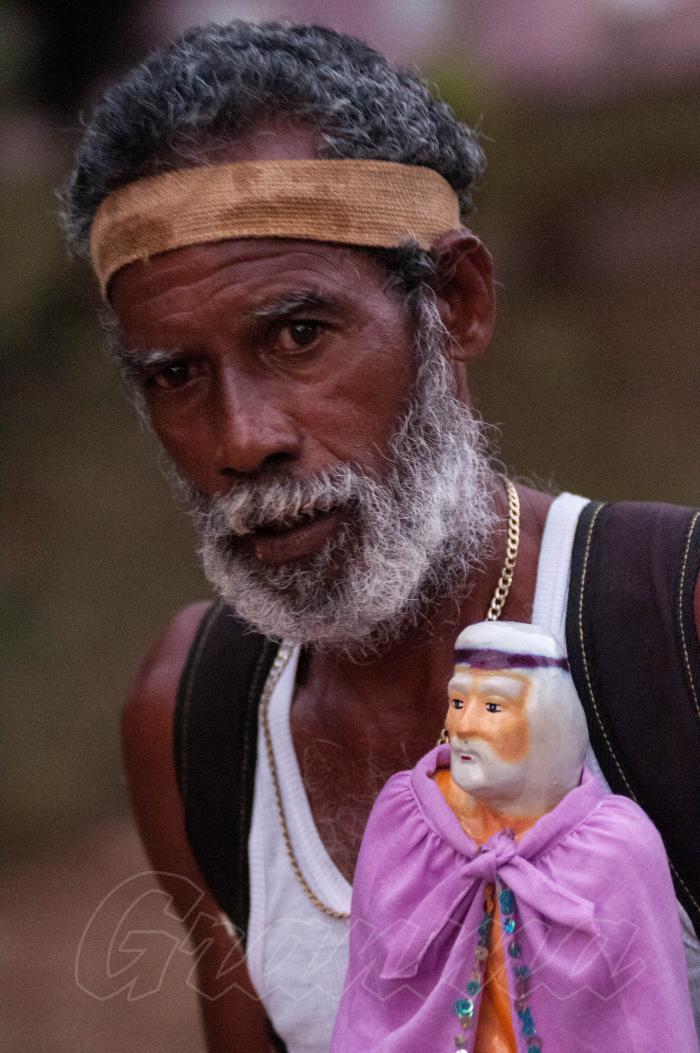 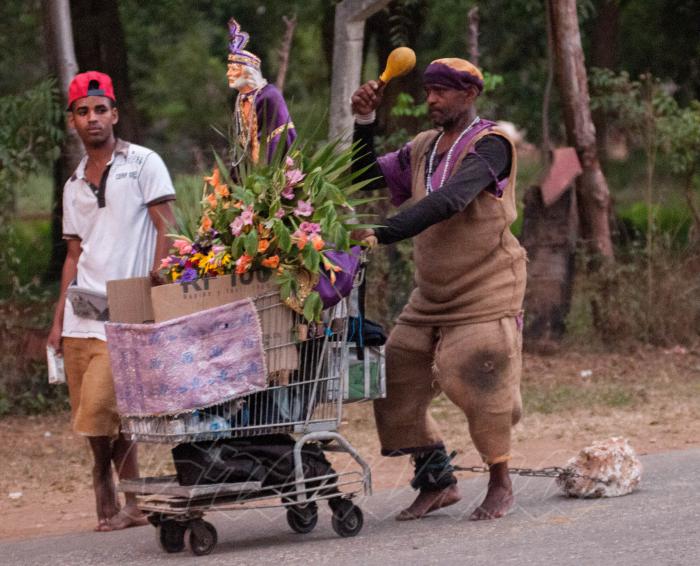 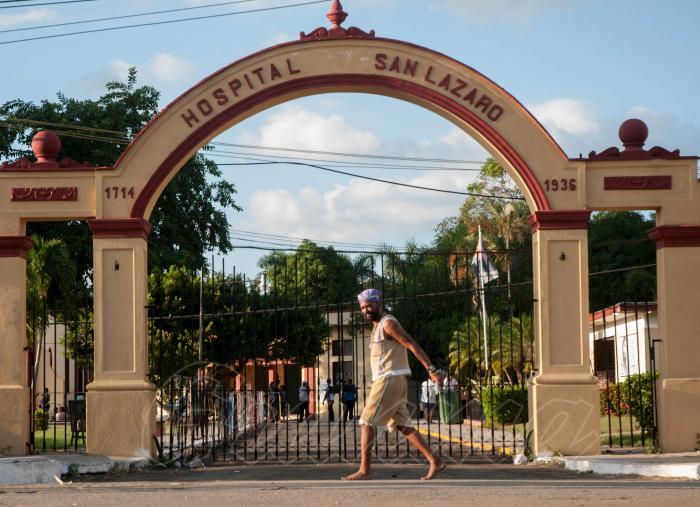