Home The man of two Havanas reinvents himself

The man of two Havanas reinvents himself

The man of the two Havana’s reinvents himself 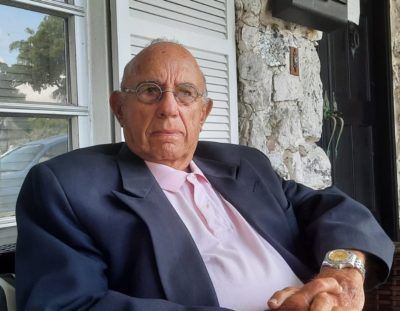 At 91 years of age, Max Lesnik (b.1930), is the living Cuban, akin to the revolutionary process, with the longest career and political experience. Active in politics for 77 years, almost all of them accompanying Fidel Castro whom he met in 1948, with whom he was a militant in the youth of the Orthodox Party and whose slogan of armed struggle he joined in 1957, Max reinvents himself as an asset of Cuban foreign policy.

When the Revolution triumphed in 1959, Max returned to journalism and soon differences with the process arose due to reservations about the prominence of the leaders of the Popular Socialist Party (Communist) and the alliance with the Soviet Union, options he did not share. In 1961 he went into exile in the United States, where he was arrested.

In Miami, Max did what he had done all his life: politics, with the difference that instead of allying himself with the counterrevolution, he continued to fight, now not only the Batista hangovers, but also U.S. policy against Cuba. To that end, he created his own radio program and founded the magazine “Replica”.

“The man of two Havanas”, as his daughter, filmmaker Vivian Lesnik, baptized him, Vivian Lesnik, in a film of the same name, is an asset to Cuban foreign policy.

Max is, after Fidel Castro, the man linked to the process who survived the most attacks, about ten. His work has not met the same fate. The magazine Réplica, started in 1968, was closed in 1989 in the midst of a terrorist wave against it. An attempt was made to re-publish it again in 2000 but there were no resources or support to sustain it, something that may be happening with the Alianza Martiana, virtually the only surviving organization of what was the political base of the progressive Cuban community abroad.

Seemingly recovered from three major losses: Fidel, Eusebio Leal and Mirian, Max rises to his feet and, in reinventing himself, makes three suggestions associated with the dispute with the United States.

Last December 29, Max recalled his wedding with Mirian in 1955. Among the witnesses were some of Cuba’s liberal elite at the time: Raúl Chibas, Millo Ochoa, Roberto Agramonte, Miguel Angel Quevedo, Pelayo Cuervo Quevedo, Álvaro Barba, Raúl Rivero, José Manuel Gutiérrez Gutiérrez Planas and José Antonio Echevarría. The great absentee was his friend Fidel Castro, who was in exile in Mexico, with whom he met the day after the ceremony. Though it was not his intention, Max presents credentials to those who know him little.

1-According to Max, social networks report the existence of a high number of detainees in Cuba as a result of the “Guarimbas” who are in jail due to the United States, from whom they expect support. In a way, Max recalls the history of the defeated invaders in the Bay of Pigs who were exchanged for food. Max believes that there can be a formula and quotes an old saying: “What is equal is not a trap. a deal is a deal and any agreement is preferable to a lawsuit”.

2-Because it is highly unlikely that U.S. policy toward Cuba will change in the immediate future, he believes that: “The best thing the Cuban government can do is to turn the page in terms of waiting for the U.S. to give up its ambitions. There should be no illusions. Cuba must continue on its own path with its own efforts. It is better to walk alone than to be badly accompanied by a powerful and ambitious neighbor, who is still bent on its imperial dreams”.

3-Max tells me that Ben Rhodes, a former advisor to President Obama, prominent in the reestablishment of relations with Cuba, described Biden’s policy towards the island as clumsy and “Trumpist”, which nobody expected from the vice president of that country. Although senior officials at the time disagreed with Biden’s Cuba policy, they remain silent as they wait for Obama to cast the first stone. Max believes that in this regard it would be necessary and the former president should be encouraged to speak out on current Cuba policy. Let Obama speak! Who’s going to bell the cat?

A mutual friend with whom I discussed the suggestions told me: “El Duende (a pseudonym that they say conceals Max’s identity) is on a tight leash…”. The same thing would have been said, I replied, if someone had suggested that that in 1978 Fidel would hold a dialogue with emigrants and as a result would free thousands of political prisoners… Neither would I have believed that El Duende, would talk privately with the pope. Because I enjoy his friendship and have collaborated in some of his projects, one day I will ask him: What did you talk about?

Imaginative Cuban politics and Max Lesnik are not predictable. Something is up to something. See you there.