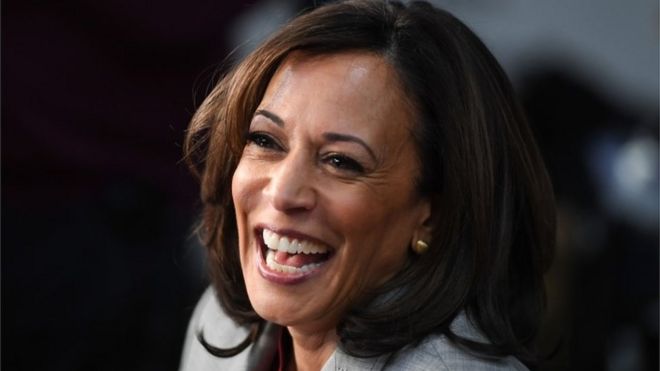 By Margarita A. Alarcón Perea

The news flooded the nets yesterday like flies to mangoes.

Finally, the presumed candidate for the presidency of the United States for the party that is not Trump’s, Joe Biden, announced his running mate. Senator Kamala Harris. All the media spent the whole day talking about it, as they should. Senator Harris has a lot of prestige within the Senate of that country, and she comes from a long progressive family and personal history. She is a woman more than ready to lead the nation even just as Vice President. It is a step toward much-needed normalcy, and an interesting turn in domestic politics within the United States. Biden could have gone a little more to the right with Susan Rice, with whom he worked during the Obama years, but no, he went more to the left. Evidently something is going on among the young, millennial people who warn the former Vice President that if they want to win, they better please them.

But this is for another paper. Today I want to be more direct and clarify something that I think is necessary. Yesterday, in the midst of the excitement about the nomination, the big media in that country stated, in one way or another, that for “the first time in the history of the United States” there was a black woman nominated for the vice presidency of the country.

By late afternoon the mainstream media had corrected the mistake and the announcement was “The first African-American woman nominated for the Vice Presidency by one of the nation’s major parties.¨ That was good and it needed to be done and it was done.

Now, in the 1960s a poster was printed by Alfredo Rostgaard known to many or all as The Rose and the Thorn where the graphic artist draws the song by Luis Eduardo Aute in honor of the Cuban Revolution. That rose grows beautiful always, or at least it tries to, and the thorn is always seen as the enemy of the fierce and brutal North that threatens us. Why then, have I not seen anything in the national media about this? Why hasn’t the national press done “the individual study” and simply follow the rhyme of “the thorn”? I know it’s not as easy as going into Google and typing in “Black Vice President of the United States”, I know because I did it and what I get is Kamala Harris and the infamy that she is the first. There we see “the thorn”. What is unforgivable is that “the rose” accepts it without any more or less.