Home Death Over the Factories of Death

Death Over the Factories of Death

Death Over the Death Factories

War industries, U.S. priorities for economic reopening in the midst of the COVID-19 pandemic, as Pentagon budget continues to rise madly.

There isn’t even an equal standard for health-care workers, and Blacks and Latinos are infected with the new coronavirus three times more than their white counterparts, according to a New York Times analysis of the records of the Centers for Disease Control and Prevention (CDC).

The study also found that minority workers were 20 percent more likely than white workers to care for suspected or confirmed Covid-positive patients. The rate rose to 30 percent specifically for Black workers. In addition, they also reported inadequate or reused protective equipment (PPE) at a rate 50 percent higher than that reported by white workers. For Latinos, the rate was twice that of white workers.

Although the SARS-CoV-2 pandemic is not over, and, on the contrary, there is a resurgence of infections in those states that prematurely relaxed or lifted restrictions on social or physical distancing – to be more precise – those that set about economic movement brought, in not a few cases, a priority that projects good times for… the Pentagon and the war industry. 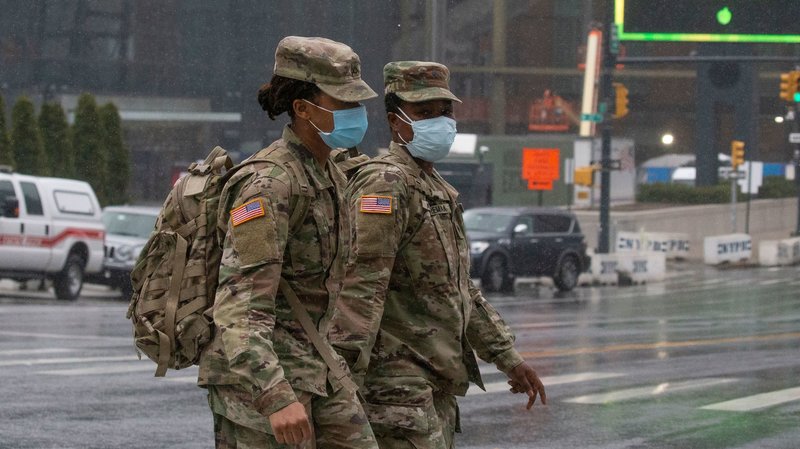 U.S. military personnel, seen outside the overflow hospital at the Javits Convention Center in Manhattan last month. The Pentagon has issued interim guidance advising caution pursuing recruits who have been hospitalized previously with COVID-19.

The reality surpasses logic in the Trump administration. Making money continues to be the interest and not the care of people’s lives. That is why national security is being relieved, leaving aside a total battle against the enemy SARS-CoV-2 pandemic and continuing to bet on a war, or all the necessary ones, anywhere in the world against a supposed enemy that allows them to manufacture bombs and war equipment of all kinds.

When the numbers of infected and dead in the United States are terrifying -4,941,796 people infested, so probably this Sunday it will reach five million-, Congress has already discussed the Pentagon’s budget. We remember that independent Senator Bernie Sanders, published an opinion in The Guardian, in which he presented a true picture, a warning and a call:

“At this unprecedented moment in America’s history–a terrible pandemic, an economic crisis, people marching across the country to end systemic racism and police brutality, growing inequality of income and wealth, and an unstable president in the White House–now is the time to bring people together to fundamentally alter our national priorities and rethink the very fabric of American society.

The fact is that they approved $740 billion in spending and ignored Sanders’ proposal to cut 10 percent and target it to meet the needs of the most disadvantaged in the U.S. population, which would have been $74 billion for housing, education and health care, essentially. And the Vermont senator cited a Republican hero, General Dwight Eisenhower, who said in 1953 “Every gun that is made, every warship launched, every rocket fired means, in the final sense, a theft from those who are hungry and are not fed, those who are cold and are not clothed. This world in arms is not spending money alone. It is spending the sweat of its workers, the genius of its scientists, the hopes of its children.

The current situation is much more critical: a quarter of the U.S. population is living from paycheck to paycheck, and now from the pandemic subsidy check, which in July has not yet been approved by Congress; between 22 and 40 million fear eviction for not being able to pay the rent, 40 million also live in poverty, and 87 million lack adequate health insurance.

Even Eisenhower could not change the military-industrial complex of which he warned, and even less do Sanders, Khanna and Lee, although they appeal to the emergency caused by the new coronavirus, when the President of the country, Donald Trump, daily minimizes the magnitude and lethality of the pandemic and only takes advantage of it to lead the situation in order to be re-elected next November.

Among his most recent manipulative expressions are assuring that children “are practically immune” to COVID-19, and almost assuring that they will have a life-saving vaccine by November 3 – election day – because he is pushing it with all his might, even though he says it is not to win at the polls, he wants to save lives?

Trump, who has long sought exclusivity on potential vaccines, announced in May that the huge task of delivering the vaccine will be in the hands of the military in conjunction with the CDC. At the time he said it would be at the end of the year, but the circumstances surrounding the election campaign, which are not in his favor, have led him to make the hasty declaration that in November he has the salvation of the world in his hands? 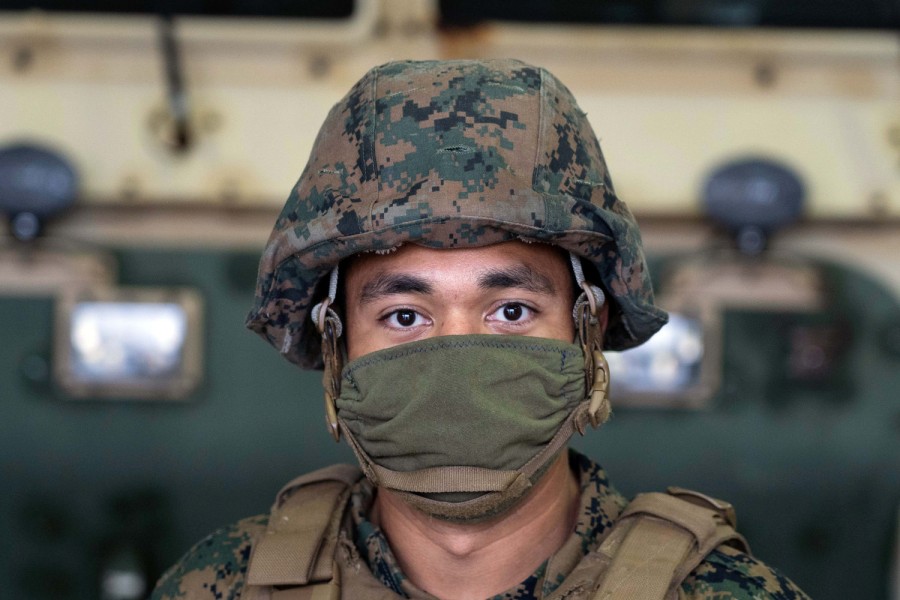 The military and COVID-19

There is a reality, in these dramatic times and when the number one enemy should be the pandemic. The Department of Defense is not accountable for its expenditures, while its contractors are making huge profits, as always, under the cover of a circumstance long highlighted by critics of the system. The main recipients of war industries’ contributions to their respective election campaigns are the members of the House and Senate Armed Services Committees.

Some analysts warn that military expenditures could be reduced if the billions spent on the new Cold War with China were not available; if the Pentagon’s requests to buy the controversial and clearly imperfect F-35 fighter planes from Lockheed Martin were not met; or on Trump’s new warrior invention, the Space Force.

Included in the waste is General Dynamics Electric Boat’s $126 billion nuclear submarine program, the new Ford class aircraft carrier built by Huntington Ingalls for $13.2 billion, and its launch system that remains unlaunched but earns a profit for General Atomics. By the way, Bloomberg reported that the ship’s toilets are frequently clogged and can only be cleaned with specialized acids that cost about $400,000 per flush…).

The clogging is greater in those Pentagon priorities, when it becomes known from a June article in Tom Distpach, that in February 2018, the Government Accountability Office, which to some extent oversees federal spending, warned that the Defense Department’s health care system lacked the capacity to handle routine needs, let alone wartime emergencies, and within the ever-increasing military budget, military health care has grown next to nothing.

The 41,361 individuals linked to the Department of Defense, both military and civilian employees, infected with COVID-19, and in a staff mostly in the 18-24 age range we have not found the recognized number of deaths, will they be the humane and disposable part of that budget “oversight”?

1 year ago Juventud RebeldeCovid-19, Donald Trump, US Society0
The Black Vice PresidencySpoils for Terror from Venezuela