Home Thanks to Cuba, I Came Back to Life

Thanks to Cuba, I Came Back to Life

First Cuban Coronavirus Carrier:
“Thanks to Cuba, I Came Back to Life”

Jesús Álvarez, who has been discharged, said he had the strength to resist in the middle of the storm, because he knew about the quality of Cuban medicine 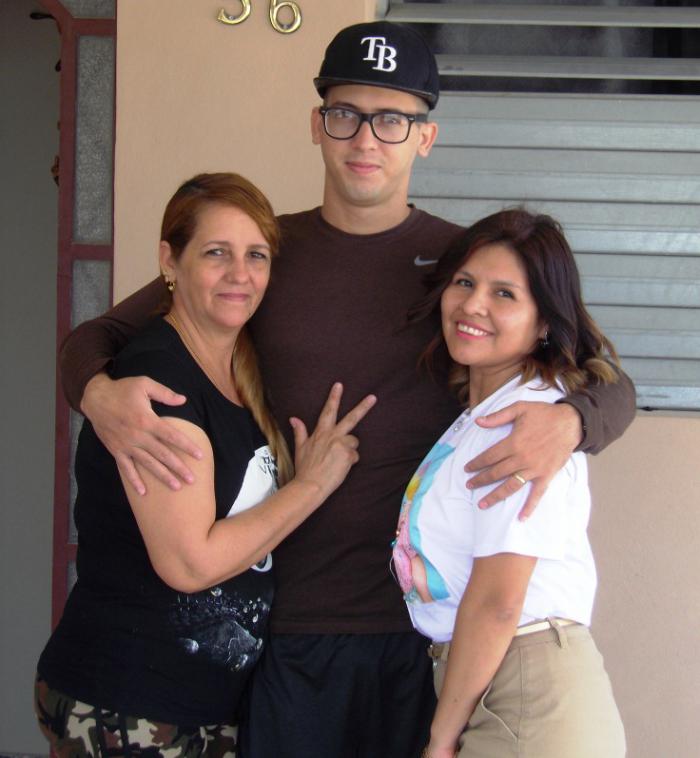 Santa Clara – I do not have words to express my gratitude to Cuba, which has been able to train such humane and professional doctors, nurses and specialists, thanks to whom I am back to life today, said Jesus Alvarez Lopez, the first Cuban carrier of the new coronavirus who has been discharged.

The 25-year-old dancer, who lives in this city, told Granma that at present he is evolving very favorably, and with a very rigorous follow-up by the family doctor, who comes daily to see how he is doing, takes his temperature and performs other controls, according to the protocols established for these cases.

About the experience, he said that his wife, Anel González Zurita, a Bolivian citizen living in Milan, Lombardy region, Italy, had arrived in Cuba without any apparent symptoms of any illness. However, a few days later she began to have slight respiratory problems, as he did. For that reason they went to the health system, where they were immediately admitted to the Villa Clara isolation hospital, and later transferred to the Pedro Kourí Institute of Tropical Medicine (IPK), where the illness was confirmed.

“Imagine what I suffered at that moment; the world fell on me. I felt fear, I thought the worst, in my family, in my little girl Ana Sofía who was only one year old. But I had the strength to resist in the middle of the storm, because I knew about the quality of Cuban medicine,” says Alvarez Lopez.

Referring to the treatment he received, he has words of praise for the doctors and all the staff who work at the Manuel Piti Fajardo Hospital in Villa Clara and the IPK, for which he says he feels grateful. They made him understand that he was not alone during those days of isolation. “They were my parents, my brothers, my friends,” the young man said emotionally.

“There I lacked for nothing, no medicine, no resources of any kind. They even spoiled me a little bit, because if I was hungry, it didn’t matter if it was two in the morning, they brought yogurt or some food. If I wanted to talk to my family, they facilitated the conversation through the telephone. In short, I was pleased with everything, says Jesus, who before saying goodbye, wanted to send a message to the Cuban people, whom he thanked for so much love in these difficult days.

“I am worried because I see some people who are still on the streets and without the necessary consciousness for the present situation. To them I say to take care, that this can touch anyone. You have to listen to the guidelines of the government, which is working very hard to avoid the worst. If we take all the measures, we will get out of this, because we are a people of battle, nobody doubts that, we will win.