Home Talking About the Party (V)

Talking About the Party (V)

Talking About the Party (V) and final

Is this Party capable of conducting reforms as a continuous process of correction and adjustment, and at the same time, self-reform? 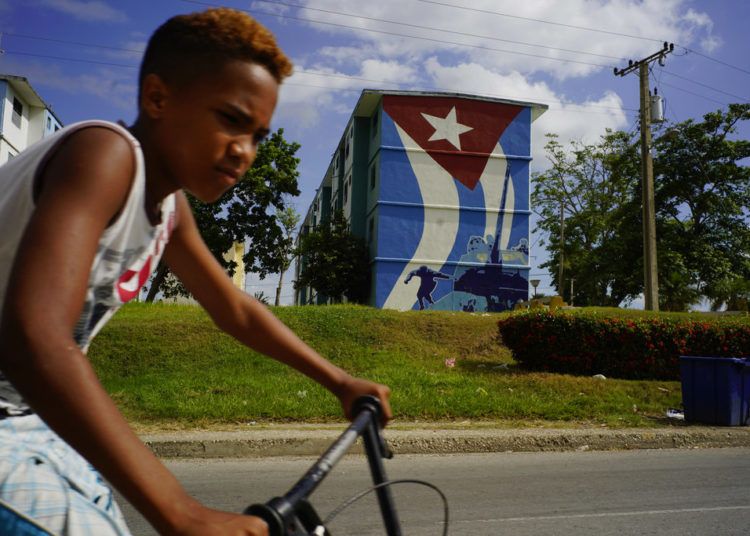 A friend of mine, with whom I engage in long-distance dialogues, says that truth is not to be tested and rights are not to be plebiscitee. If I understand correctly, then, justice is not voted; that is, what is just does not depend on the judgment of the majority, which can sometimes support very unjust things, as human history teaches.

Let’s say, for example, the sum of all those who discriminate against others for any reason – skin color, gender, sexual orientation, religious faith, social class, educational level, age, disability, region, etc. – could be more than 50% of all of us. That majority would not have justice on its side, even if they possibly believed it, and would even be offended if someone suggested otherwise. So if an investigation were to show that they exercise prejudice and discrimination against others, the majority might nevertheless be suspicious of that truth, despite all the evidence. In other words, the truth is not what the majority thinks either.

Do justice and truth have anything to do with democracy? Probably, if we took a poll, the majority would recognize them both, and also equality and freedom, as conditions for a democratic system. But I suspect that if we were to ask right now what is the order of priority of these conditions for a genuine democracy, 1) to be fully equal and 2) to be fully free, the latter would win out. It would be worth inquiring, just to see if we are really as we think of ourselves. In any case, even supposing that the truth is not tested, there is no doubt that it is investigated, and even discovered.

Although it may give the impression of a philosophical or theoretical disquisition, I am only trying here to get to a concrete political question: can a single party, to which the majority does not belong, be functional to a democratic system, and do better than the many parties in a capitalist order? Although impossible to discuss as it deserves in such a short space, this problem underlies many comments about the PCC that have circulated in recent days.

To begin with, does it make sense to compare the Cuban Party with others? Let’s say, those of Mexico. Unlike Cuban militants, those affiliated to the Mexican ones can register without having an endorsement, nor undergo an exemplary assembly at their workplace, nor go through a meticulous selection process, up to the granting or not of militancy. The entrance into those parties, directed above all to win elections, is more accessible for the majority of Mexicans than for us the PCC.

In spite of these and other big differences, which I pointed out before, the question of the representativeness of the population in the parties is comparable, since in both cases they not only maintain command structures, but also ranks, which can be measured. For example, in the case of Mexicans, the data (2019) show affiliations in the main political organizations: PRI (2 million 65 thousand), PRD (one million 200 thousand), Morena (467 thousand), PAN (250 thousand). In total, 3,982,000; or in other words, 3.11% of the Mexican population residing in the country (128 million). Naturally, since those under 18 years of age and those not registered for other reasons do not vote, this calculation should be made on those who can. Let’s say, right now, two months before the Mexican elections, the affiliates of these four parties add up to 4.2% of all registered voters (95 million). As is evident, if the degree of consensus that a party achieves were measured by its number of affiliates, none of the Mexicans could ever win the elections.

Calculated on the basis of the electoral roll (9,292,277, in 2019), the militancy of those over 16 (voting age in Cuba) in the political organizations, PCC and UJC, represents 7.5%; and if compared with the economically active population (4,515,200), it reaches 15.5%, or what is the same: out of every 13 of the members of this population, 2 are militants in one of the two organizations. Reasoning that this is a small minority, because it does not include the majority of the population, ignores the fact that nowhere do political parties attract to their ranks as active members (not the same as voters) that kind of majority. Reducing the votes for socialism as a system to that militancy also fails to explain the complex fabric of consensus nor the new political factors in its dynamics since 2018 – new government, new Constitution, historic leadership changeover, deepening of reforms, etc.

To a large extent, that Constitution and its public discussion have been a kind of outlet, a point of equilibrium of the interwoven national consensus that characterizes Cuban society today. Among my jurist friends, judgments abound on the significance of that Magna Carta as a great frame of reference, a mirror to correct the course, and a barrier to prevent adverse circumstances and other contingencies from derailing the course. However, it would be an excess, as well as an illusion, to consider it a magic mirror, with all the answers to the real problems of society and the system, and to its political practices.

If constitutions were that magic mirror, according to Singapore’s multi-party constitution, the same party (and the same family) would not be governing, with the approval of “the international community,” since 1955; nor in Malaysia, since 1957; nor in Cambodia, since 1979. Not to mention other constitutions closer to home, where the same party, not exactly communist, ruled for 70 years, or where the same two have been representing We the People for more than two hundred years. Nor would that mirror explain how it is that the constitutions of China and the Democratic People’s Republic of Korea admit several parties.

Judging the amount of democracy of a system on the basis of party competition, rather than grassroots representation and interaction with the citizenry, seems trivial with respect to the idea of “government of the people.” If that “government of the people” is not reducible to the act of voting or consultation, nor does democracy spring from a dozen undemocratic parties, then under what conditions can a single party foster citizen democracy?

Addressing that problem, even incompletely, would bring us closer to the Cuban political situation on its own terms, rather than looking at it as a reform that will never come to pass, simply because it will not. Some observers argue that the very idea of a single party in charge of reform is nothing more than an oxymoron. This approach, built more on the literary metaphor of the eternal return than on the study of relevant cases, suffers from three deficits: 1) judging the system by what it is not, that is, what it lacks to reach capitalism; 2) eagerness to characterize the unequivocal signs of its imminent collapse for the last 30 years; 3) inability to anticipate what has happened during all this time.

Analyzing the question of the Party’s representativeness, besides the social composition of its ranks, requires understanding its role in the political system as a whole. Indeed, if it is “the superior political force,” which does not supplant the others, but guides them, it must contribute to the representative and democratic functioning of the organs of state power, in the first place, the system of People’s Power. In addition, there are the unions, youth, women’s and agricultural producers’ organizations, in the sense that they really defend their interests. Finally there’s the support to all all groups which, outside these organizations, suffer discrimination in today’s Cuban society.

It is also up to the Party to ensure that the emigrant citizens [those living abroad] have a representative mechanism, which does not rely on foreign policy, but on an institutionality that embodies citizens’ rights, such as the National Assembly. As well it must contribute so that heretics do not suffer stigma, nor end up in ex-communication or worse, but that their dissent can be cultivated and used as a source of renewal of doctrine, according to the lessons that heretics like Luther and Calvin left in Christianity.

Of course, it is their task to deal with the opposition, something very different from dissent, but not an irremediable, homogeneous and cohesive block. And to do so with political means, not merely to apply law and order. Although the study of the social composition of that opposition does not reveal, as some suppose, that it is the voice of the poor or of the blacks in the barrios, it does show that it involves diverse people, not all of them intractable. “What would become of the Revolution if it had not won for its cause the adversaries…?” recalled Fidel Castro in a speech to the PCC militancy, to explain to them the new policy towards emigration, in 1979. “There is a long tradition of the Revolution in the struggle to capture adversaries. ” [1]

If the basic democratic question is the participation of the people, can a single party not only promote consultation and mobilization, but also expose policy-making to citizen action, and ensure that citizens can participate in controlling them through society and its institutions?

There is no shortage of questions: Is this Party capable of conducting reforms as a continuous process of correction and adjustment, and at the same time, self-reform? Is it capable of not only becoming aware of its problems, but also of eradicating them? Where are the points of resistance to change? What are the main problems of the Party’s organizational culture? What are the characteristics of the cadres and the rules of operation? What is the political education of a communist militant today?

In the first part of this series, I noted that this sum of subordinate minorities that made up the majority were the social base of the Revolution and of the socialist consensus. There was the solid base [e.g., the good people, the vanguard workers] as it was said before, of the Party. Then, it was relatively easy to distinguish the vanguard, not only above, but also below. It was enough to propose them: “the best to the Party.” Now, what is the content of the notion vanguard nowadays? Is it possible that it means the same thing? Who are its members?

When Raul Castro was president, he once stated that the economic policy of the Update would not succeed without decentralization. If decentralization is not confused with the deconcentration of power structures, and if, as Martí called them, the “habits of command” to govern, the verticalism and the lack of dialogue with citizens at the local level are not maintained, then it is a redistribution of power, that is, a political change.

According to this logic, the road to economic development would pass through local empowerment, which is where the real participation of citizens does or does not take place, and where lies, as the Apostle says, “the salt of democracy.” To guarantee this profound political reform of the system, without fear of those words or of transiting a passage into the unknown, is also up to the Party.