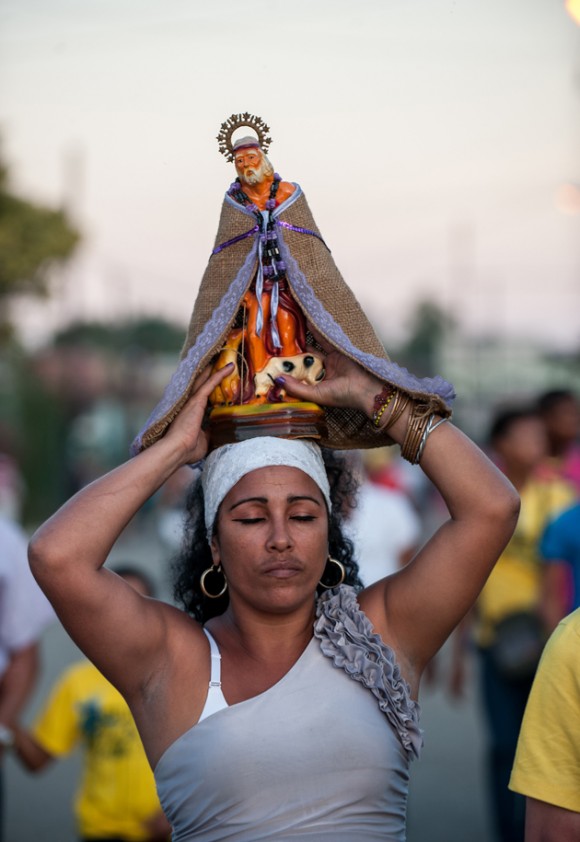 Yeniel Zamole crawled five kilometers with a cement block chained to one foot to thank St. Lazarus for her daughter’s health, while other believers on Monday asked Cuba’s most revered saint to intercede for Venezuelan President Hugo Chavez.

“I make this promise because of the devotion of my daughter, who walked here again thanks to Saint Lazarus,” said Zamole, a 25-year-old ceramist who paid a promise to a miraculous being venerated by Catholics and Santeros (worshippers of African origin), in a communist country that until 1992 was officially atheist, before becoming a layman.

Every December 17, hundreds of thousands of Cubans come to the Sanctuary of Saint Lazarus in El Rincón, 30 kilometers southwest of Havana, to venerate the person whom Catholics identify with Saint Lazarus the Bishop and the Santeros with Babalú Ayé.

Visited by Pope John Paul II during his historic trip in January 1998, this small chapel is, together with a leper colony, the main place of devotion to this deity of popular creation, in a pilgrimage in which prayers are mixed with reggaeton, bread with piglet, rum and cigars.

The five kilometer walk from the town of Santiago de las Vegas to the Sanctuary is completed by many dressed in jute or purple clothing. Dozens of faithful are martyred during the way and enter the temple exhausted, crawling, kneeling, rolling or doing somersaults.

Yeniel Zamole dragged a block of cement, others carried rocks, shackles or even a piece of rail. One man rolled down the road with two lighted candles held in place by his toes.

The walk, which started on Sunday, took place under heavy police protection, in a fair atmosphere – as in previous years – with stalls selling criollo food and loud music, which was mixed with sales of flowers, candles and plaster statuettes of St. Lazarus of different sizes.

Once in the temple, the believers and payers of promises deposited their offerings to the saint and prayed, while the public renewed itself incessantly.

“My baby girl, when she was born, looked very serious. I made a promise to him (Saint Lazarus) that if my little girl never went to a hospital again, I would come every year that I could come,” Yaniset Avila, who came with her daughter, who is now 11 years old, told AFP.

“I’m here because my daughter was seriously ill three years ago and she’s fine now. I made a promise for 10 years,” Jorge, who makes and sells candy in La Lisa, a western Havana suburb, told AFP.

This year, some of the faithful had a new reason to pray to Saint Lazarus: the health of the president of Venezuela, Cuba’s main political ally and business partner, who underwent surgery last Tuesday for the fourth time for cancer in Havana.

“Chavez is the best, he is very good, he is a good president,” Patricia Ascui Martinez, an old lady from the western province of Pinar del Rio who lit candles and prayed before a small picture of the president that another pilgrim pasted on a wall inside the Shrine, told AFP.

Olivia Valle, another woman from Pinar del Rio who prayed to the photo of the Venezuelan leader, expressed: “He is very human, he worries about everyone, we are asking for him in the prayers we make”.

“I pray for Chávez, poor thing, that Saint Lazarus may help him. I wish him much health, he is good, I am not a fool, he is good”, indicated María Caridad González, from the central province of Villa Clara.

On the economic level, there are neighbors of El Rincón who took advantage of the massive influx of people to earn some money selling flowers or food, but some complained that the sales were not very good.

“The sales are weak, because there are many vendors,” said Walnier Pérez Morales, who sold sunflowers and strange roses outside his house.

“The devotion to Saint Lazarus is still the same, but (the authorities) gave many sales licenses this year,” he lamented.

(With information from Noticias24) 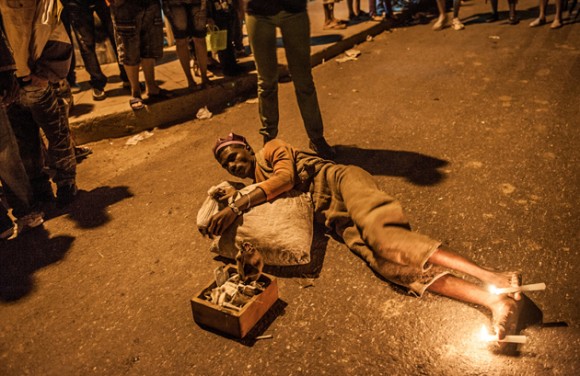 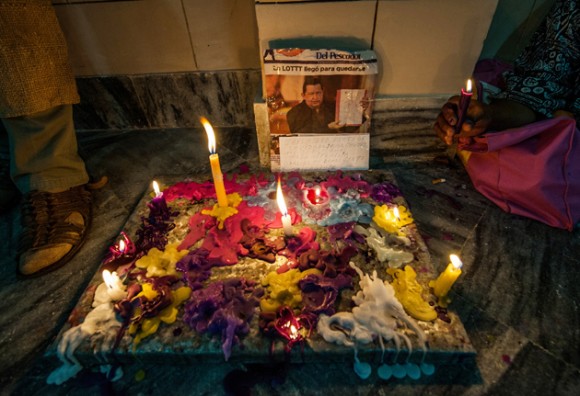 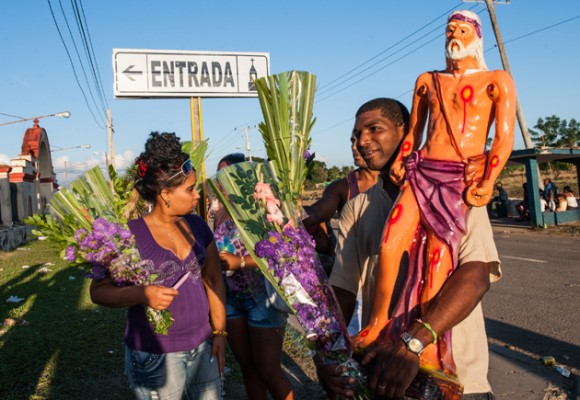