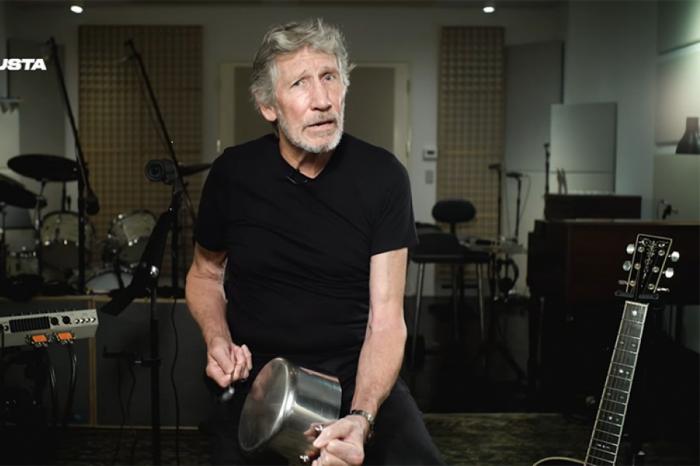 Roger Waters, a former member of the rock band Pink Floyd, is one of the artists who stands up for noble causes. He will be eternally condemned by those who do not benefit from these revolutionary positions

It seems that the artists who stand up for the noble causes against massacres, racism, xenophobia, exploitation and other evils that coexist within humanity today, will be eternally condemned by those to whom these revolutionary positions do not favor them. Such is the case of Roger Waters, a former member of the rock band Pink Floyd, who has once again been criticized for opposing the genocide in the Palestinian-Israeli conflict.

The concerts of the British musician were being publicized by the website of Major League Baseball of the United States (MLB), which announced, last Saturday, March 8, that their platforms would stop promoting Waters’ performances, due to the pressures of the Zionist organization B’nai B’rith International. In January, in another attempt to silence the bassist, he had sent a letter to Rob Manfred, commissioner of MLB – the most important baseball league in the world – so that he would stop promoting the ticket sales for Waters’. This is not a Drill tour, scheduled to start on July 8, 2020.

The event that prompted such a reaction was the support of the British to BDS, a movement that drives the boycott policy, Boycott, Divestment and Sanctions against Israel.

The campaign promotes non-violence and advocates for the rights of the Palestinian population in Gaza and the West Bank, according to the Argentine newspaper Clarín.

It turns out that Waters, after announcing a tour of Tel Aviv in 2006, began receiving messages from one of the movement’s promoters. In this way, as he approached the conflict and its realities, he bet on supporting the Palestinians. Thus, in 2018, during his visit to Montevideo [Uruguay], the musician participated in the talk Palestine and Human Rights Today. In the same year, in Barcelona, he was present at the colloquium Totes per Palestina. The Palestinian rain and international solidarity, where the co-founder of Pink Floyd stated that all human beings should have inalienable rights such as freedom, beyond being European, African, Palestinian, Jewish or Muslim.

In his view, there is no “legitimate reason” to justify the massacres that have caused the death of not a few Palestinians on the border between Israel and the Gaza Strip. This conflict has continued to take lives since the last century and which, if it does not stop, will exterminate Palestinian culture and society.

However, this anti-Waters campaign is not only based on his position in the face of this conflict, but it is enough to sound out the British man’s social networks to realize that his fight is for peace and the defense of humanity. It’s a vision that makes some people uncomfortable, precisely because they are defending many. There are plenty of examples.

As part of the Desert Trip festival, which in October 2016 brought together several stars from the golden age of rock, Waters gave a finale that resonated throughout California and beyond. During his presentation, Donald Trump’s montages appeared on the screens, accompanied by his craziest phrases from his last campaign. Meanwhile, the song Pigs was playing. Then, Another Brick in the Wall was heard, while a huge inflatable pig, with the face of the American president, flew over the audience, who could read in the figure: “pig”, “ignorant”, “liar”, “racist”, “sexist”…

In February 2019, the musician spoke out against the US interventionist attempt in Venezuela, which was holding the Venezuela Live concert, with the support of British tycoon Richard Branson and Colombian President Ivan Duque. In October of that year, Waters posted a video on Instagram, where he chanted in support and solidarity with Chileans protesting against the government of Sebastián Piñera. And in 2020 he has spoken out against the extradition of Julian Assange to the United States.

While his music and ideas in support of humanity have no borders, these actions against Waters are just another brick in the wall.