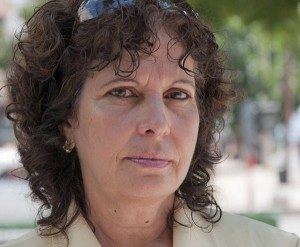 I begin by clarifying that I have not been summoned by anyone, nor interviewed by anyone, nor cited by anyone; not even by the famous commission. I was surprised by the commotion over a comment that at first was intended to be a clarification for some friends, whose deductions in relation to the reasons for the exclusion of three of the Five seemed wrong. By following the suggestion of several of them, “to make my comment public to share it better”, the writing ended up exceeding the originally intended scope

I plead guilty to not being an expert on Facebook. I hope that at least those of my generation understand it. If I live long enough, I’ll try to make amends.

I did not consult with any of the Five, nor have I received a reprimand from any of them, including René. He respects my right to write on Facebook the few times I do it. I would have written it even if René was one of the two chosen, especially when, in that case, he would be in a difficult position in relation to his non-selected brothers. The Five are above this. I, on the other hand, am an earthly person, but like them revolutionary and proud of my militancy. This is very clear, because people who I thought were friends have hurt me insinuating the opposite. Paraphrasing the film, even if I were “the worst of all”, I would never be counterrevolutionary.

[ This is an allusion to a film about Sor Juana Ines de la Cruz. The title of the film is the famous phrase “Yo, la peor de todas” with which she signed a letter to the Archbishop.]

In passing, I also clarify that I maintain my opinion that the five should have been on the ballot, that the vanguard demonstrated should be with their voices and their votes in the Assembly. I still think it unfair to distinguish between them, and it seems a mistake to have done it. I did not fight so many years just for René, but for the five as a unit, and it hurts me that someone would try to separate them, even if he does not really realize what it is doing. This feeling is still very strong in me, and I would not be myself if I said that with two in the Assembly the five are represented (which confirms that this writing is not the result of convocation, or interview, or a summons, not even by the famous commission).

If I write this, it is because I think we should put this issue to rest and take care of what matters: The Revolution. I do not care at all what the Herald does or does not do. The Herald has spent the last 60 years trying to destroy the Revolution without success. It will continue to do so, with the same lack of success, either with this issue or with any other. I am proud that they have written several times about me, and never well. Here I am, alive and kicking, and happy with my family together. I know closely that the five, far from being offended, had fun with their pamphlets in the hole, when they had few entertainment options.

I would like to think that, after all, this issue has produced a useful, very interesting and necessary discussion. If my writing provoked it, it was because it was already in the air. Thanks to those who supported us and said so many things worthy of thanks. Thanks also to those who respectfully disagreed with our opinion. To those who were disrespectful and aggressive toward me, or were dedicated to manipulating my opinions, I thank them for allowing me to know them better so I can cross them out of my list of friends.

Now the issue is what to do: To keep moving forward. Doing our duty to the best of our ability. Go to vote. Respect the system we have and not let our reaction to its imperfections make a dent in its results. I would like to urge all those who have thought about putting the five on the ballot not to do so. Remember that this would annul the vote, and, in doing so, those friends would be doing what our true enemies want. Let’s not correct what we consider an error with a bigger error. None of the five, inside or outside the candidacy, would approve of that.

Nor is it necessary to wait for someone to withdraw their candidacy in favor of one of the five. This would not be fair to that candidate or even legal. On the other hand, it would imply a challenge to the work of a legally-constituted commission. Although we do not agree with its decision regarding the five, we must respect its work. With the same spirit with which we supported the five, I ask that we unite to make this election another victory for the Revolution. We can keep arguing afterwards.

Let’s show, like Felix Dzerzhinski, a cold mind and a heart ablaze. I want to sincerely congratulate all the deputies. They will have been elected in each municipality of the country by more than half of the votes, which allows them to legally represent the inhabitants of that municipality. My vote will be united, although I will continue to miss three more. Remember that I am still earthy and stubborn. Maybe that’s why I am, and I will be until death, revolutionary.