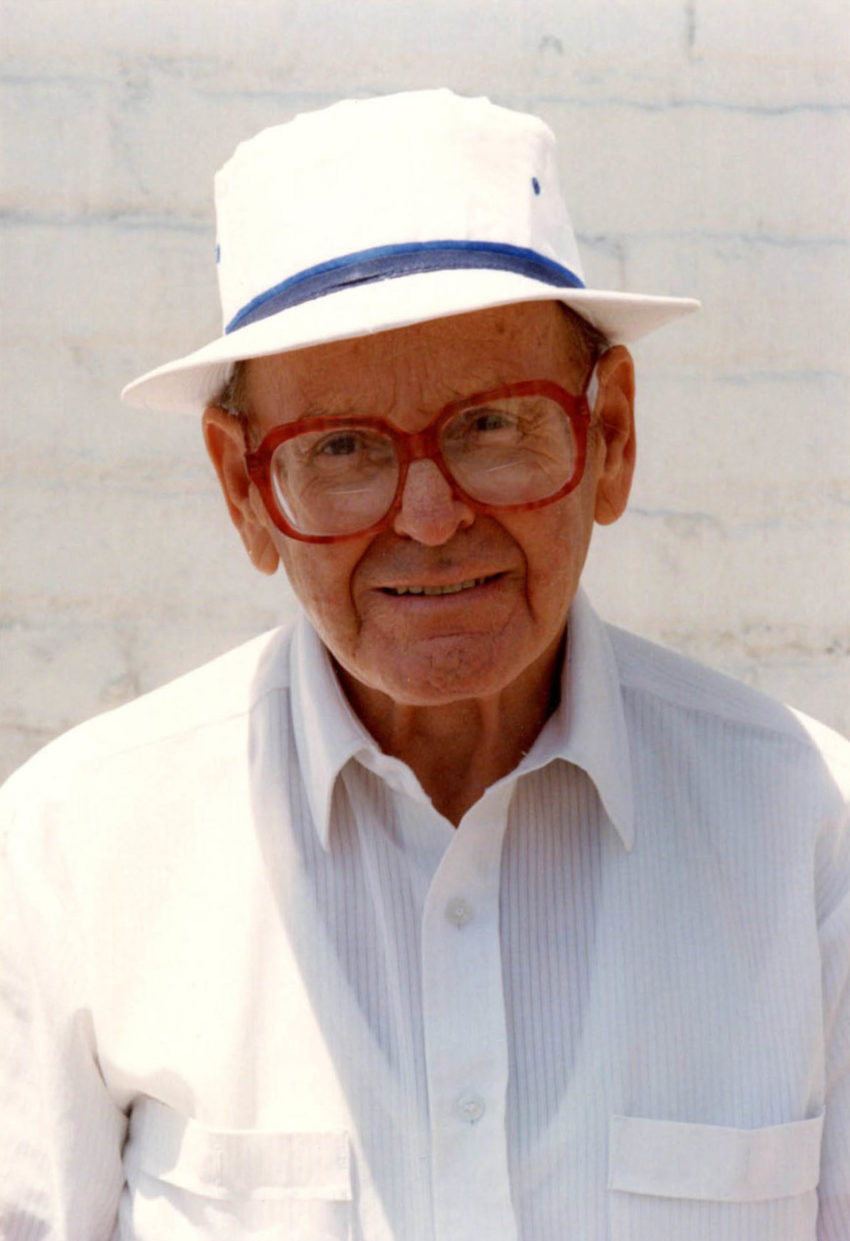 Statement to the Nuclear Regulatory Commission
on the Licensing of Units 2 and 3 at San Onofre, California
By Jack A. Shepherd, early 1980s. exact date unknown

I am presently involuntarily retired from the American Bridge Division of the U.S. Steel Corporation because its Maywood plant was closed in March, 1980. During the last ten years of the thirty seven that I worked for this company, one of my duties as an Inspector, was to radiograph welds to ascertain that they were of acceptable quality. I have been a member of organized labor since 1938, and I am now an Honorary member of the United Steelworkers of America. I am an active participant in the Labor Safe Energy and Full Employment Committee.

While I have not heard all of the testimony that has been presented in this hearing to date, I believe that this Commission should know that a sizable and growing section of the American labor movement does not support the use and proliferation of nuclear power. In general our opposition to nukes is based on three factors: 1 The excessive risks to the safety and health of the workers in the plants and to the public living in their vicinity. 2 The fact that nuclear power provides fewer jobs than any of the alternative sources of power that are available. 3 The high cost of nuclear power in comparison to other alternative power sources.

I don’t believe that I could add anything to the ample testimony that has already been submitted about the danger that the use of nuclear power creates in the San Onofre57rtf area. The inability to evacuate the area in a reasonable length of time in the event of an accident; the possibility of a major earthquake in the area; the evidence of an increase in the level of radiation that has already occurred due to the operation of Unit 1 are valid arguments against licensing Units 2 and 3.

To the best of my knowledge, the testimony that has been presented in these proceedings by union members has been in favor of licens­ing Units 2 and 3. It has come from Brothers who are employed at the San Onofre facility. One of these workers seemed to feel that the opponents of licensing were questioning his ability as a welder to produce the quality of work which nuclear powered generators require. Prior to my employment at American Bridge, I worked as a High Press­ure Pipe Welder in refinery construction. Like my Brother welder, I also took pride in my ability as a craftsman to perform my duties. However, even if all the welds and the other work was perfect, it would not resolve problems such as public evacuation, earthquake danger or so-called “low-level radiation” in the plant and the San Onofre area.

I will not take the time in this hearing that would be required to discuss nuclear power from a union point of view, but members of the Labor Safe Energy and Full Employment Committee would welcome-such a discussion with other union members if it could be arranged. We believe this issue deserves far more discussion and consideration in the labor movement than it has received in the past.

Based on the training I received before radiographing welds, I think that the one thing you can say about radiation is: the less of it you get, the better off you are. Radiation exists as a natural part of our environment. If man possessed the technology, it would be logical, in my judgment, to try to lessen or even eliminate the natural level of radiation. Conversely, it is illogical to engage in anything that raises this level of radiation in the environment.

Nuclear power produces low-level radiation from its beginning to its end. Workers are radiated when it is mined. The ore tailings, once they are brought to the surface, inject more radiation into the environment than when they were buried in the earth. Workers in industries where radio-active materials are used receive in­creased radiation. So do workers who transport it. The end product of nuclear use is radio-active waste. There are tens of thousands of tons of this radio-active junk around right now, and nobody has come up with a trully safe way of disposing of it. In my opinion, even if the possibility of a nuclear melt-down did not exist, the foregoing facts constitute sufficient reason to stop the use of nuclear power.

When I see the problem of low-level radiation casually dismissed, as nuclear power advocates are wont to do, I am reminded of the fable about the race between the tortise and the hare. Like low-level radiation, the tortise just kept grinding away while rabbit slept, and we all know that he won. But the prize in a race where low-level radiation is a competitor, is not something anyone wants to win because it consists of medical problems and the possibility of untimely death.

At American Bridge, the level of radiation which workers outside the radiation area received, was held to one half the legal limit when this work was done. Most of the radiography was done after midnight when there were no other workers present. We had some wild cats in the plant which the workers fed. Two of them were accidentally radiated. It is not a pleasant sight to see any living thing die from excessive radiation.

With the sole exception of hydro-power, nuclear power provides fewer jobs than any other type of electric generation. Nukes employ a large number of workers during the time of their construction, but from then on, the work force is very small. Other methods of power generation not only employ more workers, but they create jobs for coal miners, oil workers and transport workers.

In this period of growing unemployment, I and other unionists are concerned about the availability of work. While the curtailment of nuclear power in the short haul could reduce the number of jobs in construction, in the long haul, they would also gain. Unemployed workers are not apt to be customers for the goods and services that they normally consume. This, of course, would include electricity. If there is a contraction in the use of electricity, there will be fewer construction jobs because new power plants will not be needed.

Nuclear power is not only the most unsafe form of energy, it is also the most costly. When the cost of a nuclear plant is amortized thru the years of its productive use, it is the most expensive means of producing electricity.

Testimony has already been introduced which shows that Southern California Edison has placed 40% of its total investment in nuclear and, power,/in so-doing, has only increased its generating capacity by 12%.This testimony has not been refuted at any time that I have been at these hearings. While I am on this subject of costs, I would like to present some further evidence. It comes from the states of Utah and Washington.

Utah Power and Light, to my knowledge, is the only utility company in the nation which generates all of its power with coal. Recently, it reported a 92% increase in profits for the second quarter of this year. Contrast this with Consolidated Edison, which is soliciting government help and trying to pass rate increases to its customers, to avoid bankruptcy because of Three Mile Island.

The Washington Public Power Supply System is also in serious financ­ial trouble because of nuclear power. The estimated cost of the five nukes this outfit is building has risen from four billion to twenty four billion dollars. Two of these nukes have been placed on hold, and the company is considering drastic rate increases. They are also asking the Bonneville’ Power Administration, a federal energy-dis­tributing agency, to raise its rates to help pay the cost of completing the other three nukes.

All things considered, coal generated power would appear to be the most satisfactory way to meet the general criteria which a sound union energy program would embrace. It is safe. The technology exists to burn it environmentally clean. It is cheap. It exists in such ample supply in the nation that it could supply our energy needs until new and better sources are developed. It would create more jobs than any’., other energy source, that is immediately available. It is now being brought into the Los Angeles harbor in huge amounts for ship­ment to Japan.

Nuclear supporters cited the extensive use of nukes in Russia as proof of its safety. However, it is well documented, that since 1970, when nukes proliferated, there has been a steady increase in the death rate of children – particularly under the age of one year.. in Russia.