Domestic terrorism in the terrorist state 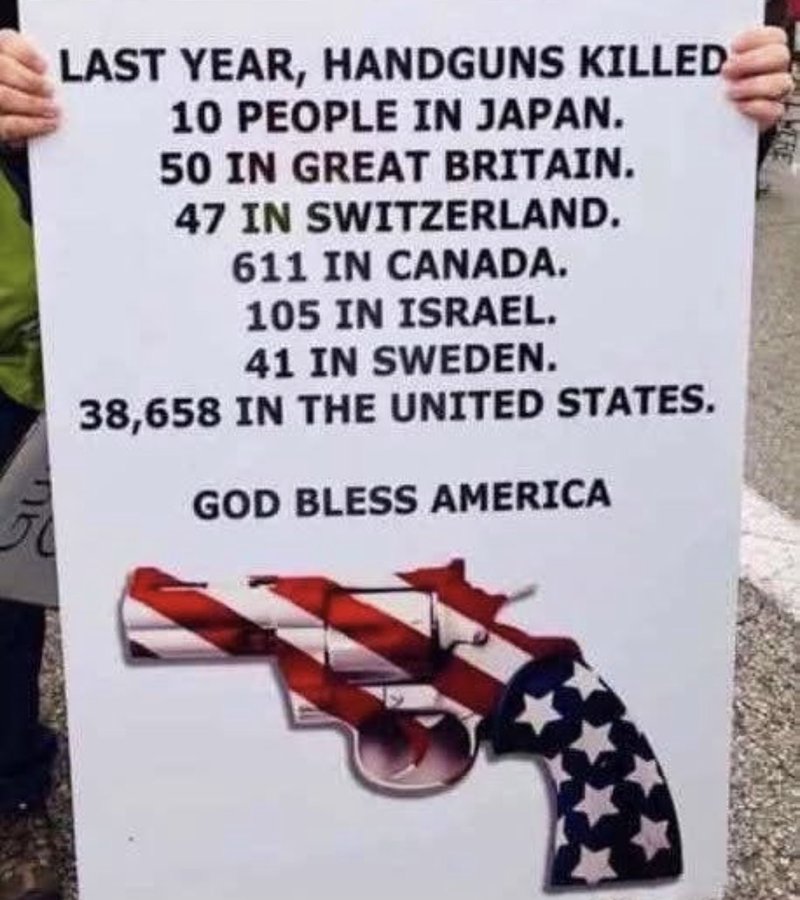 Domestic terrorism in the terrorist state

The search for notoriety, the need to be heeded, social inequalities, anger, desperation, racial hatred, coexist in a country that dominates the world through the greatest expression of violence, war. All this and more underlies those who pull the trigger in the streets, schools and workplaces of the United States.

Tuesday’s devastating mass shooting in Uvalde – a small Texas town where the victims were 19 students between the ages of seven and 10 and two teachers at Robb Elementary School, where the majority of the student body is Latino and poor like the perpetrator himself – put the spotlight on this weekend’s National Rifle Association (NRA) annual meeting in Houston, Texas.

The pro-gun lobbying group’s convention was being held starting Friday some 300 miles from the scene of the tragedy, and that day would feature appearances by Texas Governor Greg Abbott, Texas Senator Ted Cruz and former President Donald Trump, all Republicans.

The NRA has successfully “lobbied” Republican members of Congress – to many of whom it contributes juicy donations during their election campaigns, as it does to more than a few Democrats – to reject any bill that would restrict access to guns, including a ban on assault weapons and high-capacity magazines, and also to reject a bill that would apply background checks to all gun sales.

Texas is an excellent supporter of the Second Amendment to the U.S. Constitution, and last year passed a law allowing people to carry handguns without a permit or training in their use.

On Thursday – as the family of Irma Garcia, one of the two teachers killed in Uvalde, announced that the teacher’s husband of 25 years and father of her four children, had died of a heart attack as a result of the tragedy – Senate Republicans blocked the Domestic Terrorism Prevention Act.

The legislation would have created an interagency task force within the Department of Justice, the Department of Homeland Security and the FBI to analyze and combat the infiltration of white supremacists into the military and federal law enforcement agencies.

It was an attempt to respond to an earlier shooting, just ten days before the one in Texas, at a supermarket in Buffalo, New York, that left ten people dead, most of them Black, and was perpetrated by a young white, racist, right-wing extremist, tragic event that was described by President Joe Biden as an act of terrorism that should no longer be allowed.

Senate Democratic Majority Leader, New York lawmaker Charles Schumer, said before the vote, “The bill is so important because the mass shooting in Buffalo was an act of domestic terrorism. We have to call it what it is, domestic terrorism. It was terrorism that fed on the poison of conspiracy theories like the white replacement theory,” and he saw it as an opportunity to curb gun violence, but his call for Republican support to begin debate failed.

A clear political dividing line put those of the political parties above the interest of safeguarding a society. Not a single Republican said yes to the measure, arguing that it would open a door to inappropriate oversight of political groups and create a double standard for groups on the extreme right and left of the political spectrum.

Some of those men, supposedly public servants, called it an “insult” to police officers, and labeled it a plan by Democrats to “name our police as white supremacists and neo-Nazis.”

It is obvious to recall the degree of impunity that police brutality has generally enjoyed, one of the most serious, enduring and controversial human rights violations in the United States as confirmed by human rights organizations, a national and institutionalized problem, expressed in unjustified shootings, severe beatings, lethal chokeholds during arrests, and other unnecessarily harsh physical treatment, where the victims are generally Blacks and Latinos.

Buffalo Bill and the NRA

5 years ago GranmaNRA, US Society 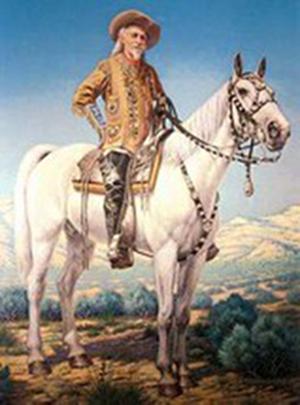 Buffalo Bill and the Other’s Revolver


Translated and edited by Walter Lippmann for CubaNews.

On the 100th anniversary of his death, it has to be agreed that it was the spectacle, “show business”, that turned Buffalo Bill (1846-1917) into a legendary being and, at the same time, one of the par excellence promoters of firearms in the United States.

Buffalo, which was actually called William Frederick Cody, served as an army scout in the conquest of the West and also as a bison hunter to supply meat to the workers of a railway company. Having participated in the 1876 Sioux War allowed him to wear showman’s clothing for 20 years in a show that toured his country and Europe.

The two decades during which “Buffalo Bill conquered the West” came be the number one of the international shows that triumphed at the time, including Ringling [Brothers] Circus. It could be seen there, always in an excellent version in heroics, the old explorer fighting the Indians, among whom was Chief Toro himself seated, converted, or reduced by then, to one of the attractions of the troupe.

Numbers of cowboys, persecutions, beautiful galloping horses, all inspired by the border law, established thanks to a policy of territorial expansion carried out with the support of modern weapons. Standing in the center of his circus, holding a rifle, Buffalo Bill made an apology presenting them as heroes in the conquest of the West.

“Only one weapon in the hand will stop the other,” he used to condemn as a forerunner of an ideology of violence that would later become a cultural reasoning enthroned in much of American society. A firearm is a right and a protection “has been tried to make citizens believe, along with the support of an entertainment industry that extols each other’s death for the sake of life. This, unfortunately, translates into a staggering figure: 117,000 people are shot in the United States each year, statistics that involve both aggressors and defenders.

Buffalo Bill’s time coincided with the creation of the National Rifle Association (1871) that had in the showman one of its champions. It is an entity that, to this day, and from its economic power, has not ceased to foster close relations with American political power.

Now, on the 100th anniversary of the death of showman Buffalo Bill, another showman, President Trump, defending “bang-bang” culture”, makes us remember the extinct persecutor of Indians. He declares, to the bewilderment half the world -and referring to the shooting in Texas, in which a young white man killed 26 people in a church and wounded 20- “fortunately, someone else had a gun and fired in the opposite direction”.