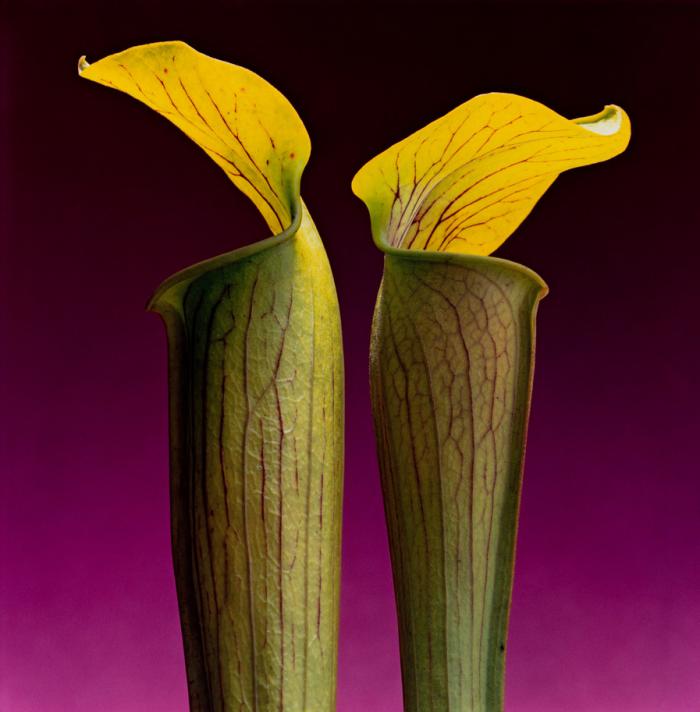 Our sexuality, no matter what, can only be judged in its beauty, by our own way of assuming it respecting the other.

For all the scandal they caused, in life and in death, Robert Mapplethorpe’s photographs, his collection of orchid and lily photos would pass, on a first reading, as almost virgin works. They are not.

Mapplethorpe was a New York photographer who died in 1989 of AIDS. By the time of his death, his photographic work was famous, particularly the black-and-white portraits he took of famous people, including a few Hollywood celebrities, throughout his career.

Mapplerthorpe’s work is a continuous cry of an unsuccessful search of the self, in the images that he managed to capture of others. In that sense, through some of his photos, the spectator transforms his condition of observer to that of observed. What happens in all of them is that it is almost impossible not to react to them. In many cases, it makes our subconscious uncomfortable, as it accepts beautifully what the indoctrinated conscious insists on rejecting. A colleague photographer, anonymously, confessed to a chronicler that Robert’s erotic work would not have been acceptable if it had been about heterosexual relationships. He is probably right, such is the prejudice.

The Perfect Moment collection, which displayed explicit photos of high sexual content (of all kinds), was censored as pornography by the Corcoran Gallery of Art in Washington. The controversy reached such prominence that even members of the U.S. Congress spoke out about the use of public funds to promote art. In 1990, the Contemporary Arts Center in Cincinnati was sued for the exhibition of the collection, which was labeled obscene. The gallery was acquitted, along with its director Dennis Barrie. This was the first time that an art gallery was sued for the contents of an exhibition.

In 1998, a book displaying the Mapplethorpe photos was confiscated by the police in England. A University of Central England student, writing a thesis, took the text to a local store to have copies made of some photographs. The shopkeeper, alarmed by the photos he saw, called the police, who did not believe to was art. The university was required, as a condition for the return of the book, that certain pages of the book be hidden. After six months of back and forth, the book was finally returned without censorship.

The well-known writer, musician and playwright Patti Smith was a Mapplethorpe partner , whom she met in a bookstore in the mid-1960s. The relationship was as deep as it was torrid because, by that time, Robert was still dealing with his sexual identity. Despite their separation as a couple, they remained friends all their lives, and she called him one of the most important people in her life.

In 1969, Patty and Robert moved to the Chelsea Hotel, next door to the El Quijote restaurant. As Craig Brown describesit, when Patti entered the restaurant, “the scene was absurdly typical of the era, with musicians and bottles of tequila scattered in equal proportions. Jimi Hendrix is there with a large sombrero, perched on a table at the end. To his right, Grace Slick and the rest of Jefferson Airplane, sitting around another table. To his left, Janis Joplins in a conspiracy with her musicians”.

It was Bobby Neuwirth, a friend of Bob Dylan’s, who introduced Patti to Janis. He told the singer, “This is the poet Patti Smith. From that moment until Joplins’ death, she called her friend, the poet.

From Porgy and Bess is the famous Summertime aria, whose lyrics are by DuBose Heyward and music by George Gershwin. They were taken out of the original opera, and performed by the most diverse artists over the years. There are said to be more than 25,000 recordings of the song, beginning with its first commercial success in 1936, in the voice of Billie Holiday.

Ella Fitzgerald and Louis Armstrong have their version of Summertime, with a memorable trumpet introduction, followed by the irruption of Ella’s voice alternating with Louis’. Can it get any better? Perhaps not, but in 1976 Ray Charles performed it with Cleo Laine at a transcendent height, and Miles Davis (ah, Miles) played it in an instrumental version that was true to his Midas status: everything he played he turned into jazz.

In another vein, Peter Gabriel, with a captivating harmonica introduction by Larry Adler, gave us a Summertime with a guttural voice to break us like a pencil, and Sting, in 1991, did his thing with the Dutch orchestra of the 21st century.

But, in spite of all the excellence of those interpretations, I am left, if I have to choose, with the incomparable Janis Joplin, the voice of several generations who came with the flower boy and opposition to the Vietnam War, along with the breaking of the sexual norms of the 1960s.

How beautiful you are Janis. / You sang as if they were confessions. / It doesn’t matter if the songs were of others, / you made them a testimony of your sins.

Janis Joplin was born in Texas in 1943 and was abused by other students at school as a freak. She was obese and had very bad acne, and was yelled at for doing horrible things, including racially-motivated offenses for getting along with Black people. Her shelters were reading, painting and music. While at the University of Texas, the campus newspaper referred to her as a brave woman, unafraid to distinguish herself from others by the way she dressed, contrary to the conventions of the time, her love of music and her habit of going barefoot.

No one managed the discursive capacity of the scream as she did, / no one managed the body language as she did, / hers was the method brought to the song. The James Dean / of that world she assumed until she broke it / like him: at the wheel of different cars. / All that and more happened before the crows descended / and turned the whole landscape into a firework display.

On one occasion, Janis was crying inconsolably, because a flirt of the night had left with another woman. Dressed in magenta and pink, wearing a kind of scarf with purple feathers, depressed by her failure, she said to Pattyi, “This always happens to me, partner. Another lonely night”. Patti accompanies Janis to her room and listens to her tell of her unhappiness over and over again. As a consolation, Patti confesses that she has written a song for her and sings it to her to encourage her. In an explosion of depressed joy, Janis jumps from the song “That’s My Song,” she screams, as she arranges her scarf in front of the mirror. Two months later she was dying of a drug overdose.

I don’t know if Robert Mapplethorpe ever photographed Janis Joplin directly, but I can’t wait to see her in the magenta, pink and purple orchids that I can guess behind her photos, even in the gray ones. The photographer’s orchids transcend innocence to become what is perhaps his most aggressive break.

Far from the shocking direct message against conventionality, those photos where the flowers end up being pure eroticism. They express a transcendent, and in a certain way fulminating, apprehension of something beautifully ungraspable. They shout to us that our sexuality, no matter what, can only be judged in its beauty, by our own way of assuming it respecting the other.