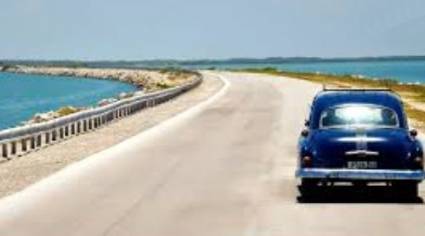 SANTA CLARA, Villa Clara – In order to maintain the safety of traffic, conservation or repair actions are progressing in sections of the National Highway and the Central Highway in areas corresponding to this province, and the Caibarién to Cayo Santa María embankment, an important tourist pole in the northeast of the territory.

On the latter road, the laying of 2,000 tons of asphalt mix over three kilometers was completed, while the repair of three bridges, the metal road protection containers over seven kilometers and the renovation of signaling and repair of promenades, among other works, is in progress.

Pedro Julio González León, director of the Provincial Feasibility Center, emphasized that three kilometers of the motorway were also repaired, including the laying of rolling asphalt. Potholes were removed on the section between kilometre 260 and kilometre 320.

This and other works will continue in order to maintain the vitality of this road that, which, due to its years of operation, already needs capital repair in certain places

In addition, 1,900 tons of asphalt were laid along two kilometers of the Central Highway in Villa Clara Improvement work will continue there, as well as along the route from the Abel Santamaría International Airport to Caibarién and several of the Turquino Plan in Escambray.

What has been done, despite the limited resources and other effects, is part of the country’s effort to renew and stop the damage to the roads.