NYT: No Evidence of Sonic Attacks 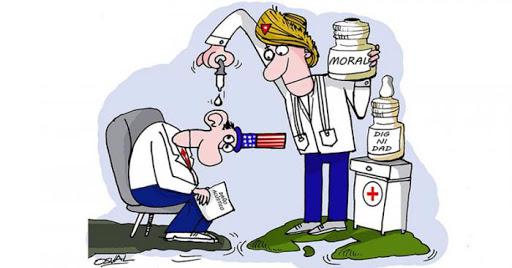 The New York Times reaffirms what Cuba has denounced so many times: there is no evidence of sonic attacks (+ Video)

The statement came after a meeting convened by the Director of National Intelligence, Avril D. Haines, with the intention of evaluating the investigations carried out on the alleged sonic attacks on State Department officials, CIA officers and their families.

The saga of the so-called “Havana syndrome”, used by extreme right-wing elements in the US and the Cuban-American mafia to justify a hardening of policy towards Cuba, and to reinforce the idea that Russia and China constitute a threat to world security, is once again in the news.

As reported Monday by The New York Times, “the United States lacks the evidence to blame other nations for the existence of sonic attacks against its citizens inside or outside the country”.

The statement followed a meeting convened by the Director of National Intelligence, Avril D. Haines, to evaluate the investigations into the alleged sonic attacks on State Department officials, CIA officers and their families.

Secretary of State Antony Blinken, present at the meeting, stated that these “unexplained health incidents” are a high priority, although there is no evidence to indict any country without any certainty that microwaves are the cause of the illnesses.