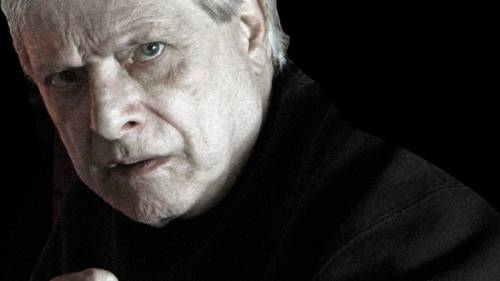 Fans and celebrities on social networks mourned the death of the famous writer. Photo: Actualidad RT Published: 29/06/2018 | 10:27 am

Harlan Ellison, a prolific and outstanding writer of novels and short stories specializing in fantasy, horror and, above all, science fiction, died this Thursday in Los Angeles at the age of 84 in his sleep, according to RT.

His publications include over 1700 short stories, novels, scripts, and essays on literature, film, television, and print media. He also worked as an editor and anthologist, especially the anthology Dangerous Visions, paradigmatic of the New Wave movement (a global term for various pop/rock styles from the late 1970s and mid-1980s). Ellison won numerous awards, including several Hugos, Nebulas and Edgars.

Among his most famous stories are The Beast Who Cried Love in the Heart of the Universe, I Have No Mouth and Must Shout, or Repent, Trickster,” said Mr. Tick-tock.

He also starred in numerous incursions into the world of comics and participated in some of his most popular collections such as The Incredible Hulk, Daredevil, Batman and The Avengers.

Photographer Christine Valada spread the news on Twitter at the request of Susan Ellison, wife of the prolific writer, who is known worldwide as the scriptwriter of the 1967 episode of “The City on the Edge of Forever” in “Star Trek” and is considered one of the most wonderful in the series, according to La Vanguardia.

Valada also published Ellison’s farewell phrase, which reads: “For a short time I was here and for a short time I mattered. The author’s literary career includes short stories that were later adapted for cinema as “A Boy and His Dog”.

Series such as “The Man from U.N.C.C.L.E”, “The Starlost” and “The Twilight Zone” also had their mark.

Many fans and celebrities on social networks mourned the writer’s death: “There was no one like him in American literature and there never will be. Angry, funny, eloquent, immensely talented,” said best-selling writer Stephen King.