A Guantanamero with Marie Curie 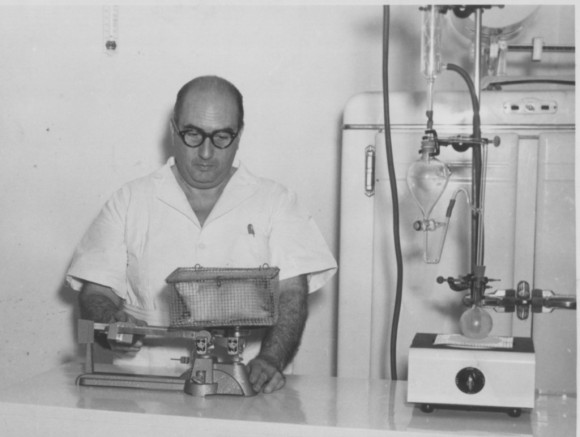 A Guantanamero who worked with Marie Curie

In 1925 he became the first Latin American to graduate as a specialist in Radiology and Radiodiagnosis. In 1927, at the age of 26, he graduated as Doctor of Medicine at La Sorbonne.

Julio Jané. In 1925 he became the first Latin American to graduate as a specialist in Radiology and Radiodiagnosis. In 1927, at the age of 26, he graduated as Doctor of Medicine at the Sorbonne.

Julio Jané. In 1925 he became the first Latin American to graduate as a specialist in Radiology and Radiodiagnosis. In 1927, at the age of 26, he graduated as Doctor of Medicine at the Sorbonne.[/caption]

One hundred and eleven years ago, a series of events took place in Cuba worthy of being engraved in that book of yesterday that is our national memory.

Did you ask for examples? Well, here are just a handful of them.

In that already remote 1901, Ñico Saquito, Luis Marquetti and Rafael Cueto were born to Cuban music. The National Library is founded. Havana joins the number of cities in the world that have streetcars.

Yellow fever is drastically reduced, thanks to the application of the theory enunciated by the Camagüeyan genius Carlos J. Finlay.

Meanwhile, in the southeast of Cuba, in the Villa del Guaso, on October 22, 1901, a certain couple -formed by the doctor in pharmacy Mr. Pablo Jané Trocné and his cousin Julia Jané Escobedo- is giving birth to a child. An apparently irrelevant fact, but which would later prove its transcendence.

THE CAREER OF AN ILLUSTRIOUS CUBAN

Yes, when the twentieth century was dawning, the Jané-Jané family of Guantanamo had a child, who they named Julio. Twenty-seven years later, we will find him as an assistant to that glory of world science, the Polish Marie Curie -born Marja Sklodowska-, at the Rhodium Institute in Paris. For several years he would assist in their research -until the death of the scientist- to that pinnacle of knowledge.

Julio Jané graduated in Medicine at the universities of La Sorbonne and Havana. He passed his residency exams at the French Croix Saint Simon Anti-Cancer Center (1923). In 1925 he became the first Latin American specialist in Radiology and Radiodiagnosis. Two years later, he was nominated to become the director of the surgical services of the Anti-Cancer Center of the Lariboisière Hospital in Paris.

Among many other qualifications, he obtained a degree as a nuclear energy technician from the Institute of Nuclear Studies based in Oak Ridge, Tennessee, the place in the United States where the atomic bomb was developed. He already enjoyed renown in the world scientific world, and was not lacking in offers in Paris, which he turned down to work in his country.

Armed with his talent and the solid preparation he had acquired, Julio Jané was a pioneer in science in Cuba, where he returned in 1937.

Here he put electrology to work in rehabilitation and physiotherapy. His experiments created a novel method to diagnose cancer, and he was involved in the application of ultrasound, when this resource was still in its infancy. He worked successfully in the rehabilitation of polio patients and was a sworn enemy of invasive techniques.

In El Vedado he gave life to the Electrotherapy and Radiotherapy Center. He contributed to the founding of the Radium Institute, attached to the Reina Mercedes Hospital, while at the same time he received offers to work in Barcelona or New York.

Jané collaborated with the American atomic physicist Paul C. Aebersold (1910-1967), one of the greats in the peaceful applications of nuclear science. He shared with Dr. Aebersold sympathy for the nascent Cuban revolution. Perhaps this explains why the American died, under strange circumstances, falling from a skyscraper, a fact that the American special services wanted to show as a suicide, caused by psychic imbalance.

Dr. Julio Jané was not only a leading scientist, but also a man of high civic virtue.

His deep-rooted friendship with Eduardo Chibás, with whom he shared dreams of popular improvement, was no coincidence. (When the Orthodoxo leader was wounded by his own hand, Jané was prevented from being part of the medical board that discussed the case. This refusal led many to believe that a conspiracy had taken the leader’s life).

In the midst of the official indifference to health, he gave public talks in the university Plaza Cadenas, in order to instruct the people medically. Such action would be described as subversive by the henchmen of Fulgencio Batista’s dictatorship.

Concerned about agriculture and popular food, he advocated the conservation of food by means of radiation, because, he said, “we sow to rot”.

He declared war on transnational companies that added carcinogenic substances to food.

Batista – a usurper in power – tried to develop a nuclear project and a congress on that matter, which were not going to be anything more than masquerades. Jané opposed this “and, supported by scientists of solid prestige, among them Dr. Aebersold, managed to frustrate the political attempts.

This Guantanamero descendant of Mambises, great for his brain and his heart, was an unconditional supporter of his homeland until August 8, 1973, when he went down to the grave in the Pantheon of the Revolutionary Armed Forces.

It has been said about Dr. Julio Jané that he did not value the Hippocratic Code as a cold mandate, much less as a text of professional formality and vague importance -only useful for quoting it in speeches-, but that he assumed it as a vital commitment.