A Unique and Special Experience in the World

A Unique and special experience in the world

“From the Cuban strategy on sexual diversity, unique in the world, many countries, even developed, could learn,” says Canadian researcher Emily Kirk, author of the first foreign book on the official approach to this issue in the country. 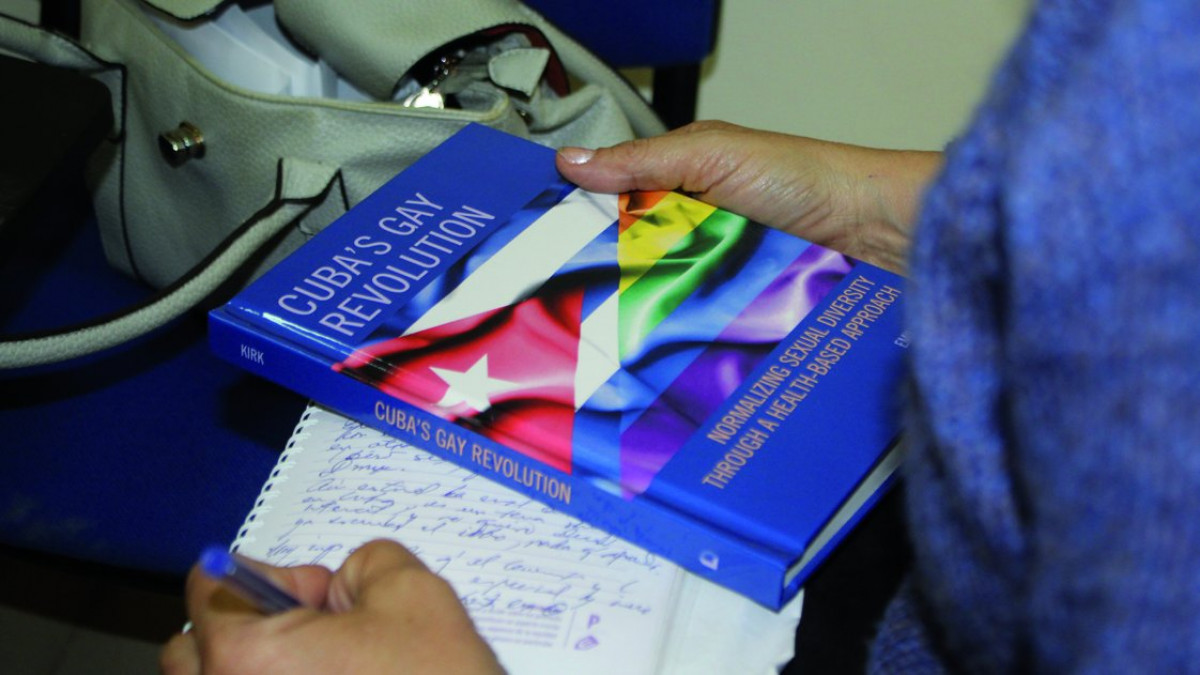 From the Cuban sexual diversity strategy, unique in the world, many countries, even developed ones, could learn from it,” says Canadian researcher Emily Kirk, author of the first foreign book on the official approach to sexual diversity in the country.

Cuba’s Gay Revolution: normalizing sexual diversity through a health-based approach is the first overseas vision of the Cuban Program to normalize sexual diversity based on health. Author: Youth Rebel Published: 09/02/2018 | 09:00 pm
Although it is not among the books presented these days in La Cabaña, the debut of a text on Cuban reality is news in the international media.

This is the first vision from abroad of the Cuban program to normalize sexual diversity based on health: Cuba’s gay Revolution: normalizing sexual diversity through a health-based approach was published by Lexington Books, from the United States, after two years of persistent effort by its author, Canadian Emily Kirk, Doctor of Science in Latin American Studies and expert on global development issues.

She decided to first publish the results of her field research in the world’s most difficult publishing market, not so much because of the controversy over the sexual issue, but because of the suspicion that any scientific defense of the social achievements of revolutionary Cuba raises in that country.

This year, the book will be printed in the UK and Canada and presented in Spain. It has already been translated into Turkish and a Cuban publisher offered to take it to Spanish. Meanwhile, a copy of the work will be available at the Cenesex documentation center, courtesy of Kirk.

Beyond its publicized novelty as a first approach to the Cuban official vision on this issue, the text is a working tool for the multidisciplinary team that examines the implementation of the Millennium Development Goals in Brazil, Fiji, Ecuador, India, South Africa and Cuba.

As an international expert in health programs, she emphasizes the virtues of a strategy that is almost invisible to our population because of its daily obviousness. Her opinion is conclusive: the Cuban treatment of sexual diversity is a unique and very special experience in the world. Many countries, even developed ones, could learn from it to advance in the solution of problems that accumulate centuries of inequality.

You don’t have it all figured out, there is much to gain even in terms of laws, conduct, sexist stereotypes…But it is impressive how they have managed to focus their actions on the unquestionable value of human health, their physical and emotional well-being, beyond the subjective interpretation of what is a sexual right or how they exercised, which is the most frequent approach that other countries work with,” explained Dr. Kirk in an exclusive interview for Sexo Sentido.

Palpable evolution
The choice of the title of her work certainly reflects an advertising strategy, Emily said, smiling. The Cuban Revolution is well-known and attracts a lot of interest. Part of that admiration is due to the government’s obsession with the health of the people and its sincere efforts to bring that care to other parts of the world, he said.

She began her research on the Cuban health system in 2008, and from 2011 she focused on the systematization of treatment of sexual diversity. She has known the island since she was a child because he used to accompany her father, Dr. John Kirk, whose love for the history of Cuba she honors with this book today.

In the last ten years, she has been able to observe the country’s evolution regarding these issues, and she admires very much what has been achieved by Cenesex, the Federation of Cuban Women and other Cuban institutions, but above all, the change of mentality that is already being felt in the street.

It also believes that we have great advantages over other countries in the area in terms of laws in favor of the family and individual rights. It states that our society is prepared to update its codes in terms of what is popularly incorporated as knowledge, feeling and social behavior.

He enthusiastically asserts that her studies of Creole reality do not end here. The book is a balance between 1959 and 2014, but Cuba continues to evolve and she is eager to observe this process and share her achievements with other nations where her academic tasks and her humanist vocation also take her.

In all countries, this is a problem to be addressed. In my city, diversity marches began 25 years ago and the first time around 100 people participated (including my family); however, in 2016,100,000 people marched, a quarter of the entire population “.