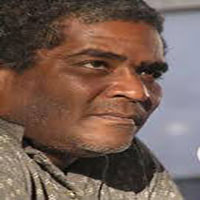 A few days ago, on Tuesday 27th and for a couple of hours, more than a hundred people (most of them young) exchanged ideas about the events of July 11th in the country. In a panel -organized by the La Manigua collective and transmitted in its voice chat under the leadership of psychologist and activist Karima Oliva Bello- we listened to the remarks of Verónica Medina (actress and vice-coordinator of La Madriguera), Iramís Rosique (member of the Editorial Board of La Tizza and specialist of the Network in Defense of Humanity) and José Ernesto Nováez (journalist and writer, coordinator of the Cuban Chapter of the Network in Defense of Humanity). I don’t know if they have participated in a voice chat on Telegram, a messaging application that (like the popular WhatsApp or the Cuban Todus) which allows the gathering of communities in a virtual “living room” in which they “converse” in real-time, thanks to the exchange of audio messages.

After the initial comments by the panelists, the exchange was open to the participation of more than a hundred listeners who gathered for the occasion. Then a range of ideas flowed that covered, among many other issues, aspects as diverse as the pointing out of errors in the political and/or cultural work within disadvantaged populations; assessments of the relevance or error of having eliminated spaces for collective development such as the scholarship system or the pioneer camps; the substitution of political work (discursive, explanatory, dialogic, pedagogical) for superficial administrative vision (which stops at the management of figures, flows and operations); the need to undertake a profound renovation of structures of popular power such as the CDRs, the FMC and the Poder Popular itself; the obligation for the state and political apparatuses to continuously revive their interactions with the citizens.  This is needed so that, in the midst of a relentless economic, political, ideological and cultural war against Cuban socialism, any sign of estrangement, distance or alienation between the population and these directive bodies is prevented.

In addition, there is the need to reinvent the discourses and ways of communicating; the request to eliminate any demand for an active revolutionary policy that continuously rectifies problems of vulnerability, poverty, marginality and their cultural, behavioral, social and educational consequences, social integration and personal fulfillment; the need to increase the participation and, in general, the leading role of young people in society, whether in concrete actions or in the reflection and dissemination of new ideas; the demands on the mass media regarding the importance of showing a more active role, as well as greater immediacy and depth in the analysis and dissemination of the country’s problems, the continuous presence of such problems/demands in the various party instances, the efforts bu State agencies to solve or mitigate them and, most importantly, the placement in the foreground of the communities’ responses; the need to change models of action and/or communication to make the fight against corruption, state bureaucracy, “campaigning” and the weaknesses of the media itself more transparent.

A day earlier, on July 25, this same voice chat had connected us live with the arrival at the Capitol in Washington of the members of Puentes de Amor, a project of solidarity with Cuba and the fight against the blockade, coordinated by Carlos Lazo in the United States. Weeks before, in another transmission, also made from the space of social networks, the collectives of Bufa Subversiva, Brújula Sur, Cimarronas, Horizontes Blog and La Tizza met to create the “collaborative broadcasting channel” Malas compañías. There they developed another very interesting discussion, which they titled Comunidad lgtbiq+ en Cuba. Where are we and where are we going?

These are names of new spaces for the presentation and discussion of ideas, as well as actors to postulate them. In communicational terms, the transformation leads to the obligation to assimilate and produce for a world in which greater speed, diversity and integration between text, audio, still images and video messages are imposed. In addition to the above, a world where exchanges become more challenging, captivating and interactive the greater the dialogicity.

On the one hand, I am interested in listening, and I confess to having enjoyed these exchanges of opinion in territories that require me to abandon my clumsiness in the handling of digital communication technologies, and to quickly incorporate myself into the many options offered by the universe of social networks, blogs, websites, podcasts, voice chats and other alternatives for establishing contact. I believe that there is an enormous potential that political and mass organizations, state entities, neighborhood structures and the most diverse projects of social transformation need to assume, integrate into their work and daily practices, and make the critical analysis of problems, communicative transparency, participation and social dialogue in the country increasingly diverse, extensive, deep and significant in its transformative character.

Cuban Media in Battle vs. COVID-19

Media Near the Front Lines of the Battle Against COVID-19

Guantanamo, 11 abr (ACN) After the heroic medical army, today on the first front of battle against COVID-19, there is also a commendable rear guard of professionals and essential workers, food producers, dependents, carriers, and journalists, recorder or camera in hand always present in times of contingency.

Every profession entails sacrifice, yes, and communicating in times of global health crisis a risk quota, a reality that challenges media institutions to unleash all the reporting and creative capacity of their journalists. They have reorganized their routines to ensure the safety of the guild and the time to inform the population in a timely and transparent manner.

We have that responsibility to our people and humanity-as Taimi Fernández, president of glove journalists, tells it, this is our duty to avoid misinformation. More so in this difficult context where accurate guidance is needed, from reliable and scientific sources, to raise public perceptions of risk and encouraging preventive behavior.

Information is a vital tool, a way to fight the new coronavirus and its spread-points out. The responsible press must take advantage of the influence that the media exert on the collective consciousness, with reliable and contrastable data that cut the wings to rumors and false news that only generate confusion and hinder an effective response.

Consequent with the decisive measure of social isolation and confinement, the Cuban media has redesigned its daily dynamics, strengthened the teleworking modality to reduce the influx of professionals and technicians, and have exempted those with chronic suffering from risks which make them vulnerable in this epidemic scenario.

This is how Mabel Pozo, director of the radio station CMKS Guantanamera, where today the necessary health and protection measures are taken. She works with the essential staff, programming was adapted to the context shee points ou, and this and the views of the people are monitored by specialists, depending on which deliveries move.

Similar strategies assume reporters and technicians of the newspaper and provincial television. There, several take advantage of remote work, in an informative reality in which mobile journalism intensifies, taking advantage of the potential of smartphones and basic technologies to generate content and products communicative for online platforms.

Lisván Lescaille, in front of Telecentro Solvisión, tells us that his medium reduced active staff-as a first step to protect vulnerable groups – adjusted the billboard by prioritizing three information magazines with the theme COVID-19 and invited experts, and working groups were created both on the streets and from homes, through social media.

Ariel Soler, Head of Information of the weekly “Venceremos”, spoke of vital hypermedial work in this context spoke about the journalistic exercise in which their reporters are inserted, six with corporate mobile phones and others with the Internet in their homes, with whom the editorial board of the journal organizes the work by phone, giving special follow-up to the epidemiological situation.

And nothing more revealing than the opinion of the people regarding this work, like that of the septuagenarian Guantanamera Dalia Aguilar, of those sharp to which no one makes a story, who told the ACN that no report from the national press is lost and local, “because warfare well warned does not kill soldier”, and thanks the professionals in that sector for their credibility.

Last March Ricardo Ronquillo, President of the Union of Journalists of Cuba (UPEC), sent recognition to the professionals of the country’s public media system, for the extraordinary informative work in the confrontation of the global pandemic, urged to join this campaign to all communication platforms, and take institutional measures to protect the guild.

Journalists are close to the first line of battle against the disease, because they have to report what is happening around it in  Cuba, so it is important to the media to ensure its protection, he stressed.

These are times to act quickly and informative transparency said Ronquillo in a meeting of the expanded presidency of the organization and emphasized-” UPEC is not demobilized, on the contrary, we must now unleash all the creative capacity to make visible to public opinion, national and international, the work of the media”. 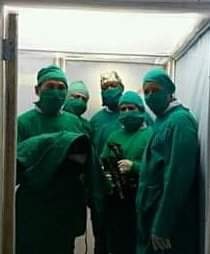 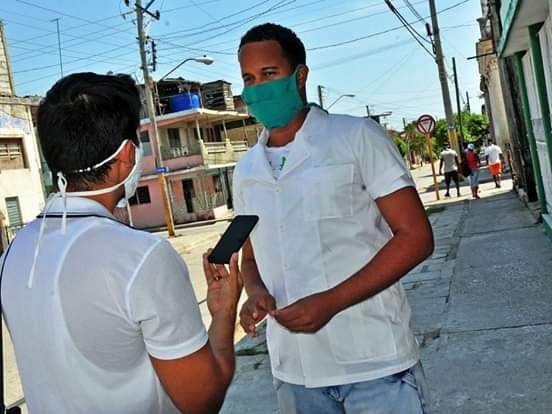 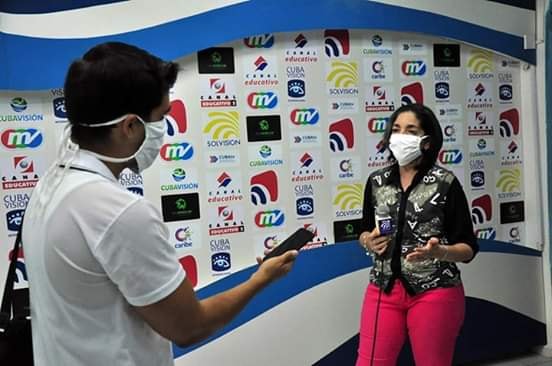 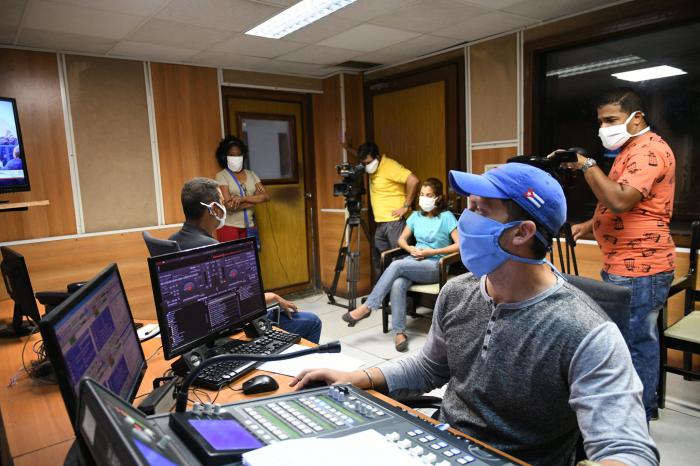 In photos: How is the Media Working in Cuba as the Pandemic Advances?

The editorial strategy of every media outlet in Cuba goes hand in hand with the application of strict preventive measures because, as a premise, if there is one thing the people cannot be without, it is information and in order to offer it, one must also be healthy

There are frontline heroes, heroes in white coats.
There are others in the background, behind a microphone or a camera.
There are others who write, ask, speak.
There are anonymous heroes.
Sometimes they’re called journalists, camera operators, announcers, sound recorders, photographers…
In this joint battle against the coronavirus in Cuba, communication is key. 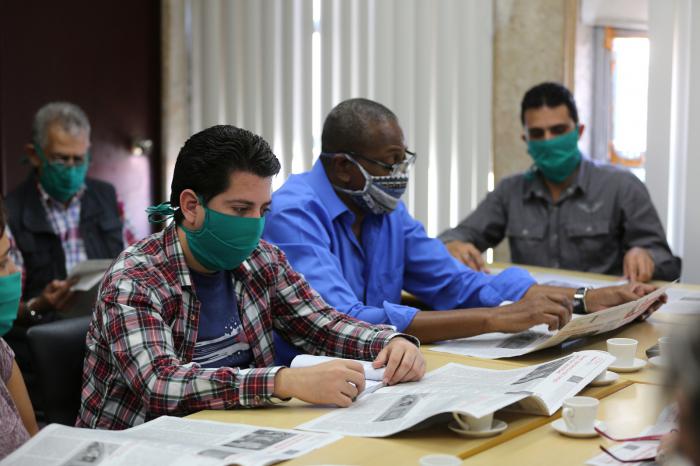 DEALING WITH FALSE NEWS
For Demetrio Villaurrutia, Deputy Director of Radio Rebelde, the first challenge is to inform.

“In a scenario where so much false news appears, the media has the role of guiding the population and increasing the perception of risk; without panic, but with awareness,” he said.

“Even when we are taking all the measures, we are also risking our health. In my case, I think about the family and I know they understand my social role,” he added.

Secret Nature will continue to share the stories behind the scenes of these information heroes. 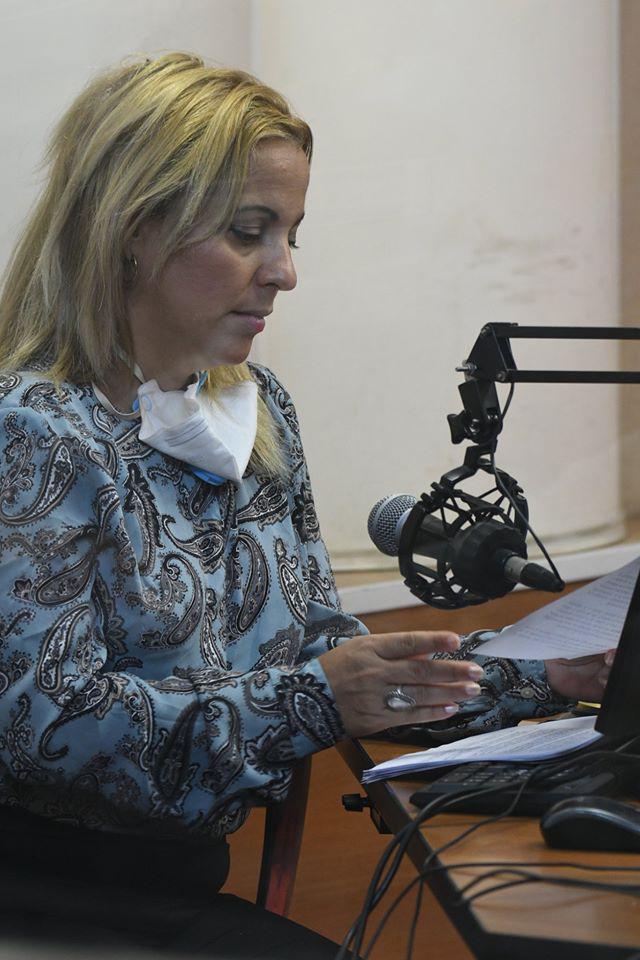 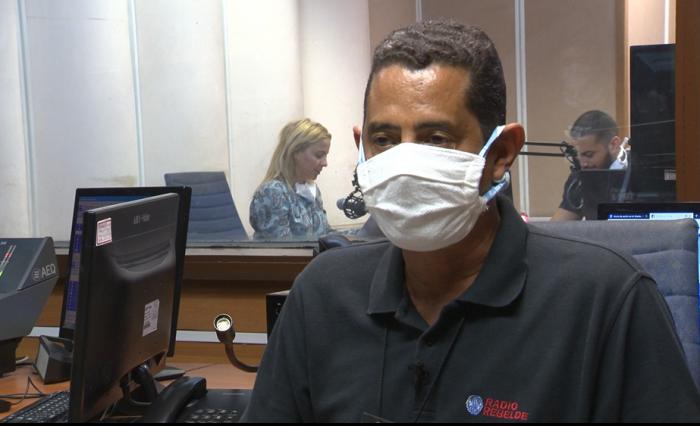 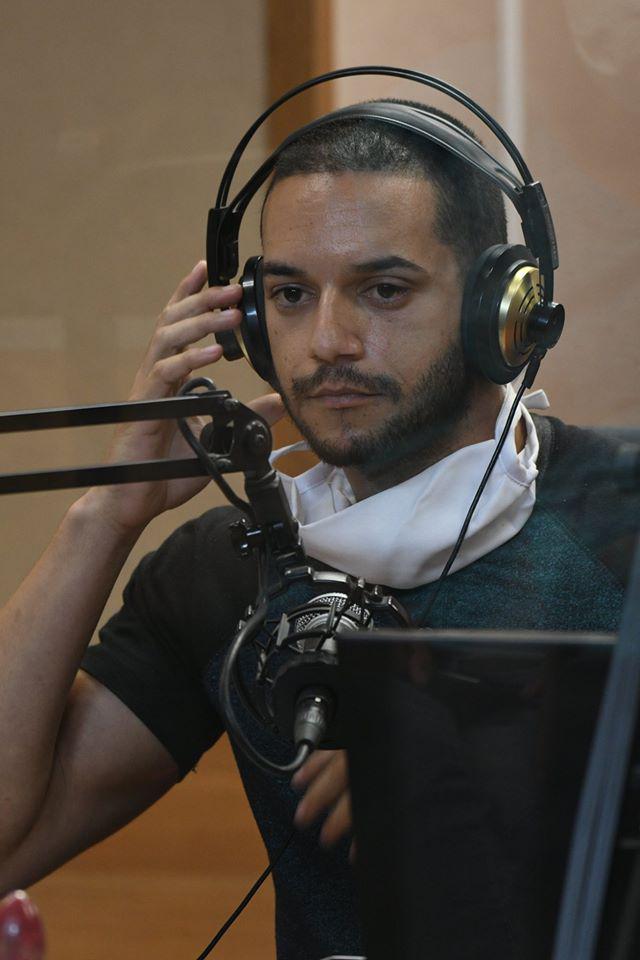 Yurisander Guevara Zaila, Deputy Director of Juventud Rebelde: “Right now the only thing being talked about in Cuba and in the world is the coronavirus. That is because humanity is experiencing an event like this for the first time. We are engaged in a communications campaign to constantly inform the people about the measures they should take. We have tried to create a journalism that calls for responsibility. 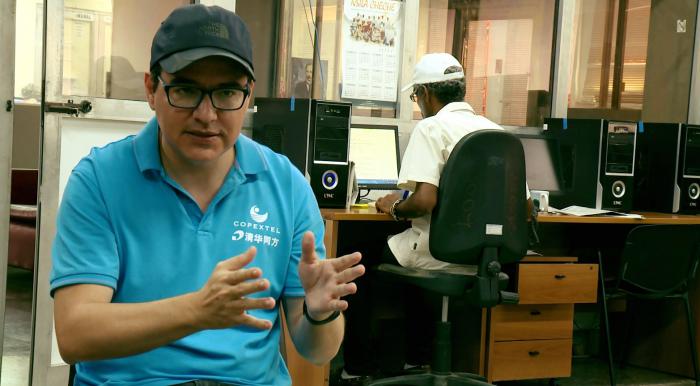 “With the COVID-19 our life changed. It’s true that many of us can’t stop going out because we have to go and buy the products we need in the house, but you can stand in line far away from the other person”. 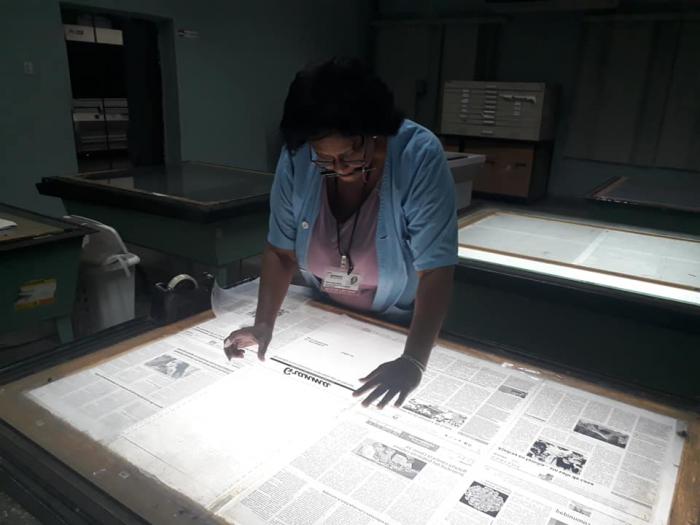 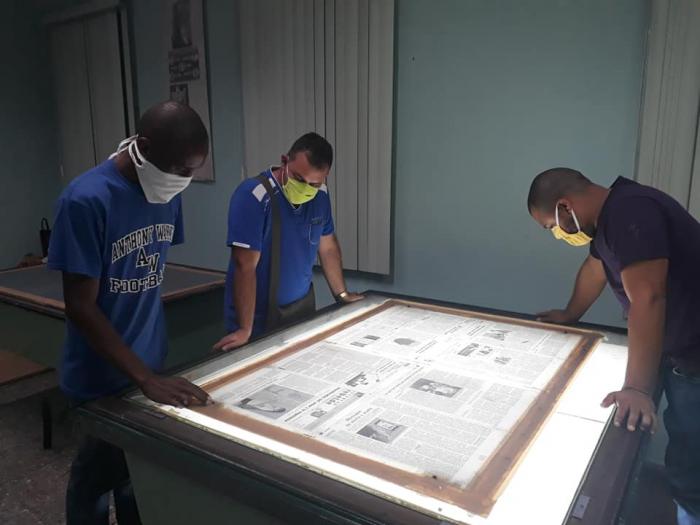 Source of text and photos: Facebook page of Naturaleza Secreta, an audiovisual project of Mundo Latino