2 years ago CubaDebateCARICOM, Covid-19, St. Vincent and the Grenadines 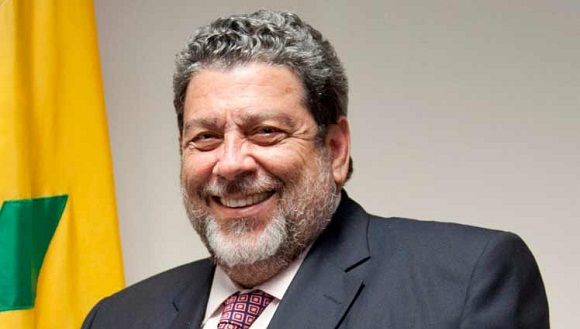 The Prime Minister of St. Vincent and the Grenadines, Ralph Gonsalves

The citizens of St. Vincent and the Grenadines elected Prime Minister Ralph Gonsalves to a fifth consecutive term in Thursday’s general elections, according to preliminary figures released in Kingstown, the capital.

According to these figures, the United Labor Party (ULP) achieved a major victory by winning nine of the 15 seats in Parliament, compared to the eight it controlled until now.

In declaring himself the winner in the elections, Gonsalves affirmed that the population adopted “our progressive agenda for the future” and rejected “the policy of hate, backwardness and colonialism.

He also stressed the need for the unity of the country to address the challenges of development. 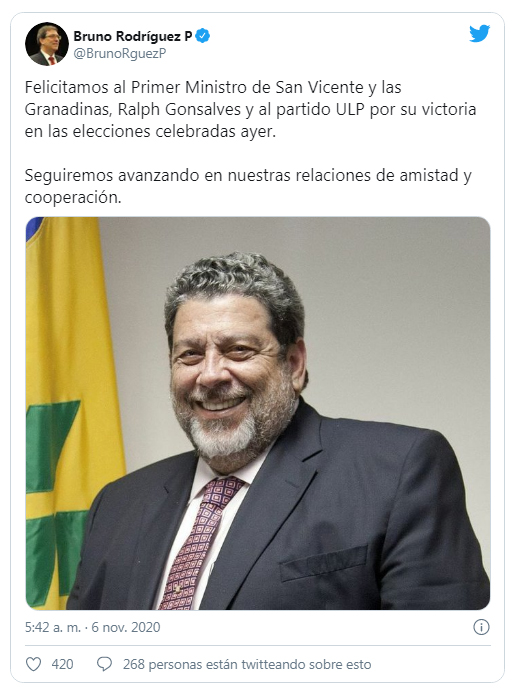 For the elections, this regional body sent a group of six observers, led by Anthonyson King, a member of the electoral commission of Antigua and Barbuda.

Those subject to quarantine because of COVID-19 were also able to cast their vote. The consultation took place under a pandemic prevention protocol.

The country is one of the few in the world that has not recorded any deaths from the disease and only 75 cases, 70 of them recovered, since the beginning of the health crisis in March, while CARICOM as a whole reports some 45,000 confirmed cases and just over 1,000 deaths.

St. Vincent and the Grenadines is among the 10 smallest countries in the world and this month it holds the presidency of the United Nations Security Council, a position it holds from last January until December 2021.

In his Twitter account, the Foreign Minister highlighted the relations of friendship and cooperation between both nations, on which he expressed the will to continue advancing in their development.