Home State Gastronomy: Everything in CUP

State Gastronomy: Everything in CUP

Gastronomic Services of State Commerce: Everything in CUP

It should be noted that there are more than 7000 state-run restaurants, bars and other catering establishments in the country, and only 10 % of them were allowed to sell in dual currency. 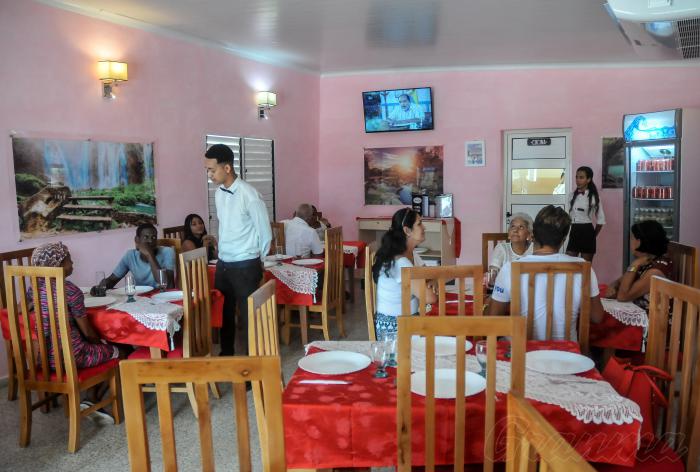 The elimination of cucumber sales in these establishments is intended to achieve greater control in the management of trade and gastronomic activities, as it allows a single accounting record to be established for the products marketed. Photo: Ariel Cecilio Lemus

The units of the state trade system that provide gastronomic services already carry out all their commercial activities in coupons, and payment in cucumbers is not appropriate for the purchase of certain products that were previously sold in this currency, such as beers, soft drinks, cigars, water, ice cream, jams and alcoholic beverages.

All these commercial actions will be carried out only in CUP, taking into account the current conditions of automation of the accounting systems of these units.

Arturo Vazquez, director of organization and systems of the Ministry of Interior Commerce (Mincin) explained that this measure is part of the improvement of retail trade of local subordination and does not include the chains of stores in foreign exchange, whether TRD, Palmares, Cimex or others, nor the Sylvain.

This is undoubtedly a measure that has caused great concern among readers, whether because of the lack of institutional communication prior to the effect of such a procedure, consumers’ concerns about the existence of exchange funds or about the conversion rate applied to goods.

According to the Deputy Minister of the sector, Miriam Perez, the elimination of the sale in CUC in these establishments is a response to the purpose of achieving greater control in the management of commerce and gastronomic activities, since it allows for the establishment of a single accounting record of the products marketed.

It should be pointed out that there are more than 7000 units in the country that carry out gastronomic activities on a State basis, i.e. bars, restaurants and others, and only 10% were authorized to sell in dual currency.

This group was selected as part of a scheme that, at the time, allowed the Trade to be self-financing in CUC, in addition to being an element of support for the budgets of other expenses, commented the Deputy Minister. This meant that, in the same restaurant, certain offers were paid in coupons and others in CUC, which had become a recurrent complaint from consumers.

Yosvany Pupo, general director of Services of the Mincin, explained that what was assumed is not part of a previous measure to the process of monetary unification, but that it responds to the improvement of the management of the commerce and cannot be analyzed out of that context. “In addition, there is no price increase in what we offer and, therefore, the Cadeca conversion rate of 1 CUC x 25 cup is applied,” he explained.

However, in the case of products that had official price lists in CUP, the price already established is assumed. For example, the domestically-produced canned soft drink, which used to be sold at .50 CUC, now costs 10 CUC, and not 12.50 CUC.