Governance from a Public-Private Strategic Alliance in Cuba

Considering the will of the private sector as a high strategic value for a city and reconciling concrete actions to transform not only the physical spaces but also the culture of life is magnanimous in these times. This was endorsed in the first workshop: governance from a public-private strategic alliance in Cuba. It was a meeting between the government and a large group of entrepreneurs from the capital.

The meeting was held in response to the need and demand to create a space for exchange in the interest of presenting, debating and exchanging needs, potentialities, experiences and proposals, among others, aimed at promoting local development projects, as well as fostering links between the State and non-State sectors and foreign investment.

Its development was attended by the Coordinator of Economy in the Government of Havana, Jorge Luis Villa, as well as the economic coordinators of all the municipalities of the province and some Municipal Directors of Labour. The University of Havana was represented by the Director of the Center for the Study of Public Administration and the Cuban Economy, Dr. Noris Tamayo Pineda and Dr. Betsy Anaya Cruz, respectively, as well as the Presidents of the Public Administration and Entrepreneurship Networks, belonging to each of the aforementioned, in addition to academics linked to each of the aforementioned research centers.

Among the more than 70 participants, and during 6 hours, assertive communication and immediate commitments prevailed. It is to carry out in the next months the First Exhibition Fair with an international scope. There the creators of goods and services by their own efforts will not only make known their products, but also offer all kinds of possibilities and opportunities for the community’s integral development; it was established the need to transform at local scale and through the interactions, in such a way that it reaches to energize the different sectors (state and non-state) as an intention prioritized in the Project of social economic development of the country. 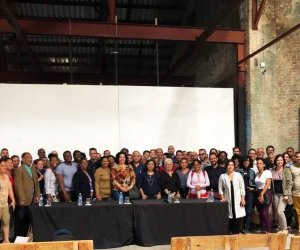 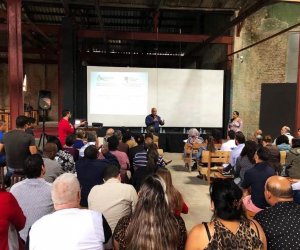