Refuge of Faith and Popular Accompaniment

Refuge of Faith and Popular Accompaniment

Ten married couples who were also pastors of the Church of the Nazarene died in the tragic plane crash last Friday. JR reports on expressions of solidarity and tributes by the peole of Holguin towards their brothers and sisters during these days
Posted: Tuesday 22nd May 2018 | 09:53:08 PM 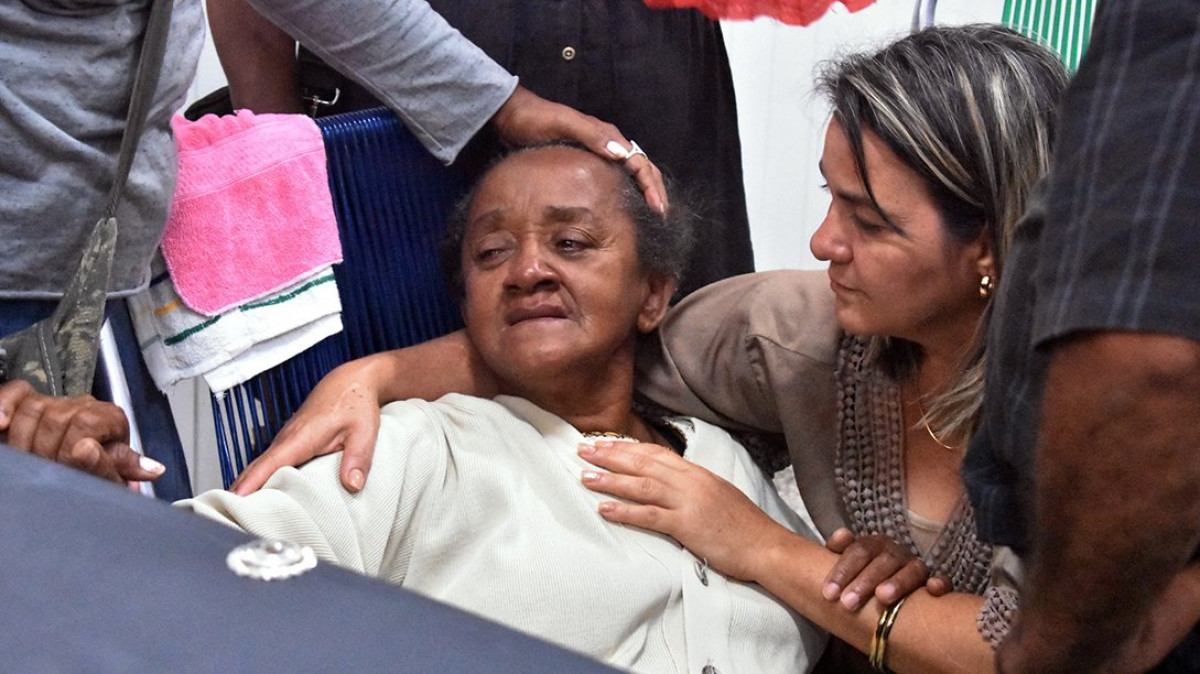 The mother of one of the victims has received comfort from her neighbors, close relatives and siblings of faith Author: Ernesto Herrera Pelegrino Published: 22/05/2018 | 07:10 pm

HOLGUIN: When fatality hovers over a community and takes human lives, the borders between any position, both religious and existential, fade in the face of solidarity and humanism. Everything revolves around the comfort of the mourners, the material and sentimental support they need.

These signs of brotherhood between the human beings were on prominent display during Monday night and Tuesday morning, when the people, in a massive way, joined in the sorrow of the relatives of the two couples of shepherds whose mortal remains returned to their native land, so that their bodies could rest close to their loved ones.

As a posthumous tribute to the work and memory of the marriages of Norma Suárez Niles and Jesús Manuel García Oberto, and Gelover Martín Pérez Avalo and Yoneisi Cordovez Rodríguez, the parishioners of the Church of the Nazarene in this province went to the Los Álamos funeral home and the main hall of the Provincial Art Center, respectively, to accompany their families in sorrow and unite in their faith.

Both places were also visited by co-workers, neighbors, friends and the highest authorities of the Party and the territorial government, as a sign of solidarity over their loss.

Alina Rodriguez Ochoa, an English professor at the University of Medical Sciences and a member of the Church of the Nazarene, was found interpreting for Canadian faith brothers who were on vacation in Havana and who, after learning of the tragedy,decided to travel to Holguin.

She assures us that at this moment her place is at the side of the mourners and she recognizes the dedication of each person in accompanying those who suffer today in their grief.

“Amidst the sadness at the loss of our brothers and friends, we tried to support everything because the district director has been left without his board of directors. My family is supporting the home so that I can be here today. My son is only 15 years old and wanted to stay with the three children of my deceased pastors, my husband is in charge of the home doing the necessary chores and my mother, although she is very old, also helps,” said Alina.

Ruth Collins, from Nova Scotia, Canada, expressed her deepest sorrow at the physical loss of the pastors.

“Our brothers in Canada are praying all the time,” said the member of the Oxford Church of the Nazarene.

The leaders of the congregation also expressed their shock. Luis Ramon Batista Ramirez, superintendent of the work of the Church of the Nazarene in the Cuba-East district (from Ciego de Avila to Maisi), said:

“We are very emotionally affected, not only by our companions and brothers and sisters of faith, but by all those who lost their lives in the accident. This is very painful for the Cuban and international community. I thank God for the collaboration that has come from churches, neighbors, friends…. all always supporting.

As a result of the death of the married couple, ten children under the age of 16 were orphaned. The Superintendent expressed the responsibility that the Church assumes with these children in its decision to “never abandon them, to keep them in our lap, we will always help them. Although we will not be able to replace their parents, we will do everything we can to help them in their education, so that they may continue to know God and do everything possible for them until they become men and women.

Meanwhile, Héctor Rafael Ortiz Hidalgo, a priest of the Church and member of the Ministerial Studies Board, remembered his deceased brothers as “unblemished people, of faith, with conviction; people in whom both the church and the neighbors had enormous confidence.

The priest also acknowledged the help of the Government of the province, “which has been unconditional” and stressed: “The Church-Government relationship has been tremendous: they have provided us with cars, supplies, all the facilities to do the work that we have carried out during these four days, with doctors and psychologists. The Church of the Nazarene is very grateful to you.

In this hour of grief, it is very difficult for family members to agree to give statements to the press. Nevertheless, Milagro Suárez Niles, sister of Norma Suárez Niles, overcame the feeling that overwhelms her to thank all those who, in different ways, in numerous spaces and at different levels, have shown themselves sensitive to her loss:

“We have felt the solidarity from the Council of State, in the figure of President Miguel Díaz-Canel; from the Church at the national level, from the comrades in the Government… Everyone has been very attentive. Unfortunately we don’t have the being we want next door. Therefore, I recognize the company of the brethren of religion, because they have prayed that we may have calm. Everybody sees me and hugs me, kisses me. I am left with the satisfaction that my sister was happy the days before the accident, sharing and celebrating with her colleagues. That gives me strength in the midst of the pain that will never happen,” said Milagro.

According to Ernesto Herrera Pelegrino, who has been very close to the congregation during these days for professional reasons, there have been many expressions of support for the relatives and homage to the victims in many communities in the territory.

“The shepherds who worked in the Estrada neighbourhood (Urbano Noris) were among the dead. There the people spontaneously made a book of condolences, brought flowers to the church and formed a kind of reminder. Many people joined the parishioners in their grief to remember those pastors who made an impact with their example and dedication. In the community of La Calera, near Velasco, a funeral service was held for one of the shepherds who died. In the midst of the pain, these expressions have been very beautiful as a gesture of solidarity,” said the young journalist.

These are signs of sensitivity and humanism of a people who, diverse in their religious positions and thoughts, unite in the face of pain, “in a tight context”, as the Teacher [Jose Marti] taught us.

3 years ago Juventud Rebelde29
ClosedBetween Trump and the Deep State