Alone, as befits criminals of his ilk, Luis Posada Carriles has died. He leaves with bloodon his hands and without paying for his crimes, but also without having achieved his purposes. 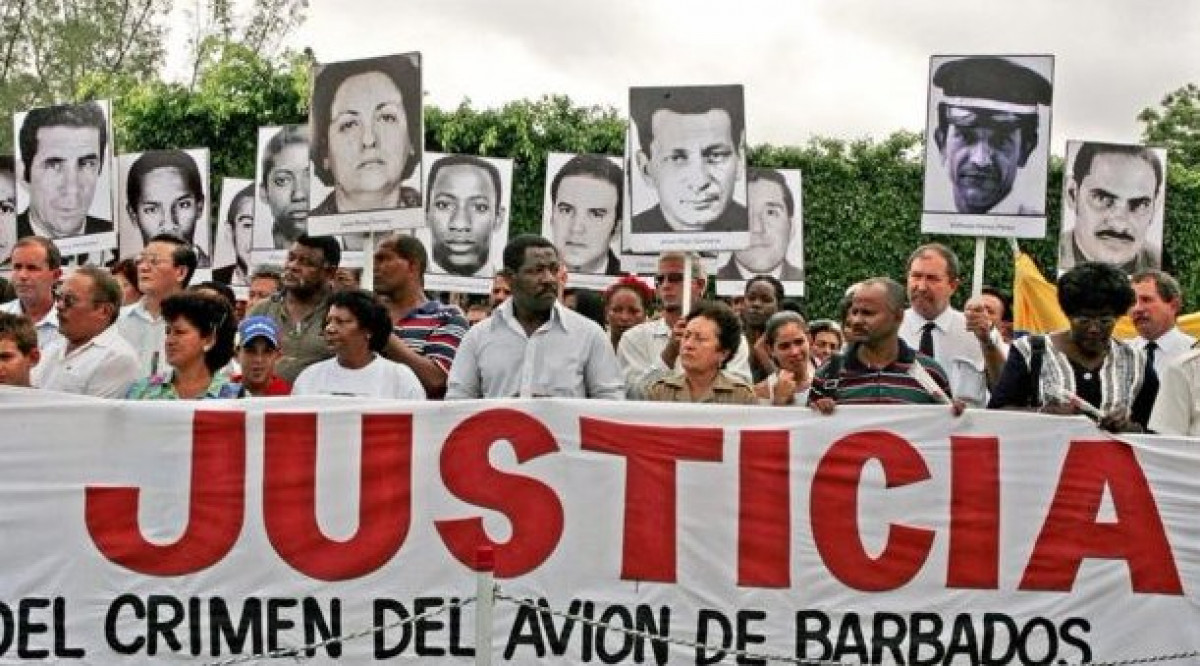 It is not known whether the CIA, to whom he owes so much for his dirty work, will send him flowers. Nor, if there are any close relatives to mourn him.

An article in the El Nuevo Herald newspaper that reflects the news says that he died at the age of 90 at the Memorial Regional Hospital in Hollywood, in Broward, with his health deteriorating from cancer of the throat and fractures from an accident.

It is known that he had previously been in a veterans’ home (where those who do not have a caregiver are supposed to go), and that he left two children who did not have close relationships with him.

Luis Clemente Posada Carriles does not even deserve a single one of these, or any other line, although it should come as no surprise that the remnant of the retrograde ultra-right and violent claque that survives in Miami – among the dignified Cuban majority who want the best for their homeland – regrets his departure. No one but the human remains of the 2506 Brigade – whose men fuelled the defeated invasion at the Bay of Pigs – could announce that they would make an “honor guard” of him.

Posada did not deserve to leave as he has, without paying for his crimes against Cuba, Venezuela, Nicaragua and El Salvador, among other countries he helped to spread with his death.

Although we Cubans repudiate him for the Barbados crime and the 73 lives he took in that attack – a reason to condemn him – Posada leaves a record that will freeze the blood of anyone who, even as the years go by, wants to know his criminal record.

He tortured in Venezuela as Commissar Basilio de la terrible DISIP; he tried to assassinate Fidel in the Paraninfo of the University of Panama in November 2000, in an action frustrated by the denunciation of the Commander in Chief who had killed a thousand istmeños [people from the isthmus]; bought mercenaries of Central American origin to blow up hotels in Cuba in 1997, with explosions that killed Italian tourist Fabio Di Celmo; he participated in the scandal known as Contragate in the 1980s, during the dirty war against Sandinista Nicaragua.

He was trained by the Central Intelligence Agency at Fort Benning, and in 1967 the agency sent him as an advisor to the secret services of the dictatorships of Argentina, Chile, El Salvador and Guatemala.

The atrocities he committed were many, but perhaps what best revealed his lineage was the lack of modesty in the statement he gave to a New York Times journalist in the wake of the Havana attacks.

Then he said that, despite this, he slept “like a baby”.

None of this, not even the evidence that proved his links to the attacks on Havana hotels and was presented in the face of the judicial farce in El Paso, Texas, in 2011, was taken into account by the jury, before which he was barely taken as an illegal immigrant, after the shameful pardon granted to him by former Panamanian President Mireya Moscoso, and his illegal entry into the United States. It was the only time he ever sat in the dock.

There, where the CIA and successive administrations sheltered and protected him, he found refuge again, and today death knocked on his door.

Remembering these events would not be enough to do justice to the dead whose lives were reaped by Posada, but it once again denounces the impunity granted to him by Washington’s representatives and hawks, the protagonists of that state terrorism that was targeted as a policy against innocent nations of Latin America, with the help of abject beings such as Luis Posada Carriles. They’ll have to answer to that one day.

As for him, there’s no reason to think he’s gone away happy.

Beyond life, he can’t sleep like a baby anymore. And if he can see from there, he’ll be martyred to see that we’re still here. We are what he wanted to destroy.