We have to promote a culture free of machismo, said Peruvian Minister of Women and Vulnerable Populations Gloria Montenegro, who was present at the popular demonstration organized by the collective Ni Una Menos. 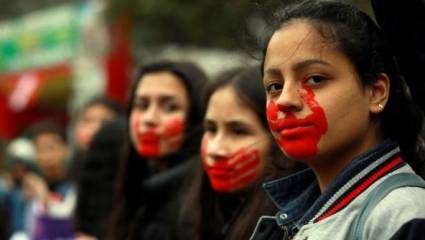 LIMA, August 18.- This Saturday thousands of people held a demonstration in the Peruvian capital called Ni una menos. Women’s organizations demanded protection in the face of the growing number of cases of femicide in the South American country.

It was the fourth edition of the annual march to demand an end to femicide, which this year stands at 105, while cases of attempted femicide total about 150 more so far in 2019.

We have to promote a culture free of machismo, said Peruvian Minister of Women and Vulnerable Populations Gloria Montenegro, who was present at the demonstration organized by the collective Ni Una Menos, reports Telesur.

Alejandra Ballón, a spokeswoman for the group, said she was dismayed by the figure of 105 femicides, which means that in Peru a woman is murdered every day.

But there are about 250 femicide attempts and it must be said that for each attempt of femicide there are children, parents, grandparents, a whole family that is dismayed because it has a direct relative who is a victim, Barrón added.

She mentioned that in 2018 there were more than 12,000 cases of rape and that, of those cases, 60 percent of the aggressors are family members and of the adolescents who become pregnant, 90 percent are incest, she said.

Another participant in the demonstration, which toured the streets of downtown Lima, was attorney Arlette Contreras, who denounced the fact that women are also victims of the state through its operators who deny access to justice.