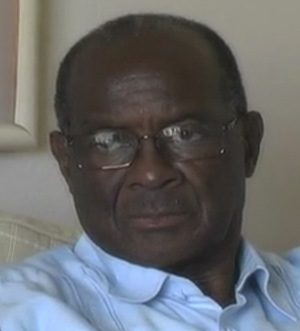 Upon my return from an 18-month specialized training course in the German Democratic Republic in 1966, we were debriefed at the Veterinary Medical School in Havana about our training and experience.  Among the non-academic issues I discussed was the high living standard, impeccable education, rigid discipline and overabundance of food and personal goods, in which only tropical produce was scarce or missing.

Speaking with other Cuban students in other socialist countries, I learned, that the situation was similar to the GDR, for which I was proposing Cuba could tap a 500 million people market without competition,  to provide these needed goods, while creating thousands of jobs and millions of dollars for the Caribbean and Central America.

I was harshly rebuked by those who could not see a Cuba transformed into a tropical garden nor an importer of these products from neighboring countries without access to millions in the socialist camp.  Today, other countries, not Cuba, are the providers of these highly-demanded agricultural products.

Fifty-two years later, history repeats itself.  This time, it is gun violence that is devouring the United States and after the Parkland massacre on February 14, 2018, it has brought to the forefront, the vulnerability, dangers, and the likelihood,  that many school children have substantial odds, of not making it through high school.

On the other hand, Cuba’s economy is in a shambles and the moral and material needs of the population is at its peak. Salaries are insufficient, the population’s satisfaction is at its lowest level and the development of basic infrastructure is stalled for lack of funds.

Cuba can guarantee the lives of millions of students, while earning hundreds of millions of dollars,  by educating these children for profit, by hiring tens of thousands of active and retired educators, doctors, psychologists,  arts and sports trainers, desperate to earn a decent salary.

60’s, professionals in Cuba held 2, 3 or more jobs, displaying an unparalleled level of productivity, until it was mistakenly decided that each person could hold just one job, encouraging laziness and loss of morale.

Hundreds of abandoned middle schools in the countryside, other large buildings in cities that once were schools or office buildings, can be refurbished quickly or built, to begin offering parents in the US, a safe haven for their children.

Tourism is so far, one of the country’s main sources of income.  Education and Health, well-compensated, encouraged and managed, can easily surpass all others.

Viet Nam is one of Cuba’s closest allies. It underwent its worst economic disaster with famine, boat people and more, following its 1975 collectivization until that was changed in 1986.   The Doi Moi or Renovation policy was adopted at the 6th Party Congress. and has transformed  Viet Nam into the second largest producer of Coffee and Rice in the world with a  138 billion dollars GPD. By 2015, it is expected to become the 21st largest economy in the world with an average 6-8% annual growth and having reduced a 70% unemployment in 1975 to 9% today.

Cuba has all the ingredients to become the Viet Nam of the Caribbean. No one needs to reinvent the wheel nor copy from others. Viet Nam laid out a successful plan that has turned it into the fastest growing country in Asia, which Cuba should explore.