When talking about the Middle Ages and Antiquity in Europe and its nearby territories, it seems that women were always subject to male power 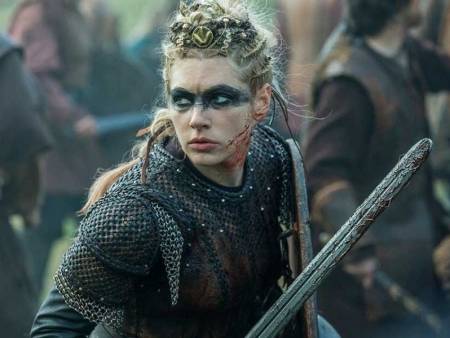 When talking about the Middle Ages and Antiquity in Europe and its nearby territories, it seems that women were always subject to male power, without the right to participate or manipulated in government debates, relegated to the role of feeding themselves, excluded from war, science or other basic functions for the human group to which they belonged.

This is what those who consider the concept of equity as a recent “invention” say, and how they describe matriarchy as a system of male slavery and humiliation.

Recent archaeological findings and new readings of ancient texts from a feminist perspective agree that, although misogyny and patriarchy were widespread in many regions with similar expressions, there were civilizations in which women lived alongside men and played important social roles.

Supposedly barbaric and backward cultures, such as that of the Vikings and the one that inhabited India before the Aryan invasions, left evidence of a respectful and even venerable treatment of women and people of non-binary gender in their beliefs, traditions and social structure.

Preserved manuscripts from those times and legends that have survived orally indicate that in addition to respecting the right of women to decide about their bodies and to choose partners of any caste, an infinite number of tribes and clans validated non-heterosexual practices (common among warriors and priestesses), and ambivalent gender identities, visible in graphic representations of everyday life and of their gods and goddesses, which also abounded.

In the case of the Vikings, the journal Economics and Human Biology published a study that correlates the nutritional health of the Scandinavian population between ten and 15 centuries ago with the social values that intended equity by gender and age.

Biochemical tests confirm, by the quality and development of the bones found in several settlements, that women were free and active, and from birth they ate at the same time as adult men, not at the end.

Many were trained for war, fishing and hunting, led groups and inherited positions and properties. The most revered were the Valkyries: large women who collected dying and dead bodies in battle to help them move, according to their traditions, into the eternal and sacred world they called Valhalla.

Those customs of the Nordic “savages” were a shock for the descendants of the Greco-Latin culture, who built palaces and roads, dominated the arts and agriculture, but in their cultured cities women had no right to study or own property, did not talk to other men and could be given away as servants by their fathers, brothers, husbands and sons.

The legislations of the current Nordic countries, heirs to the Viking culture, guarantee effective and palpable justice without gender discrimination, while many states born of the Judeo-Christian forge cling to a patriarchal hierarchy in homes and social spaces that has unleashed many wars and justified discrimination for hundreds of generations.

Other archaeological findings of the mid-twentieth century in well-preserved ancient cities, but hidden by nature, confirmed the respect for women as a source of life in the Indus civilization, without such deference to represent for men an economic or social disadvantage, as told in the book Tantra, the cult of the feminine, which we can provide to our readers by digital means.

That tradition of honoring the Mother as a social being (not only as a producer of labor) disappeared with the caste system imposed after the northern invasions, when girls and women became, along with the cattle, a resource to be exploited by the conquerors to survive in hostile terrain and to adapt genetically to the climate.

Also in pre-Columbian America and the original African societies there were stages and cultures in which women flourished alongside their male counterparts. As in other processes of conquest throughout the world, were the hosts “civilizing” which established the male hierarchy to control the lines of inheritance in the territories razed.

By (re)knowing these versions of common history, humanity is better able to write its present and place dignity as the essential value promoted by the Magna Carta of almost all nations.

1 year ago Juventud RebeldeFeminism, Women0
If the Capitol Assailants had been Black?Journalist Germán Piniella dies