Home Obesity is a Health Problem in Cuba

Obesity is a Health Problem in Cuba

Obesity is a Health Problem In Cuba 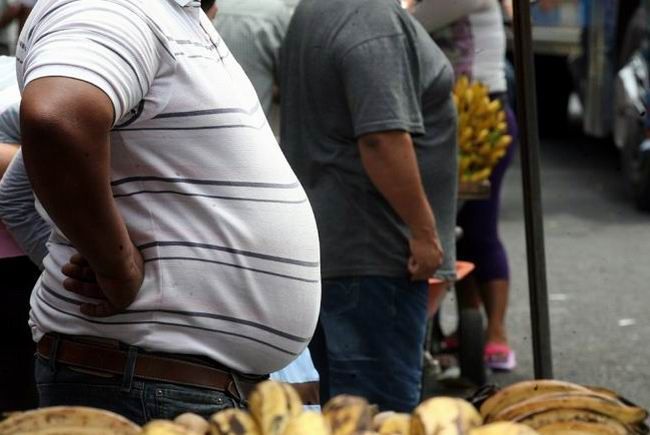 Obesity is a health problem in Cuba.

Dr. Lilian Valdivia García, head of the nutritional support group at the National Minimum Access Surgery Center in the Cuban capital, where she works as an intensivist, told Radio Rebelde that obesity is currently a health problem in the country.

Also a specialist in General Comprehensive and Internal Medicine, Dr. Vadivia explained that a national survey on cardiovascular risk factors reported that 42 percent of the Cuban population was overweight, of these, 47 percent were female and 37.6 percent were male; the most worrying thing was that 13 percent of the total are children, and as a result they are exposed to serious diseases.

The above, he said, has an impact on health, because if not taken up in time, these infants will become obese in adolescence and later as adults with risk factors for hypertension, diabetes mellitus, hypercolestoremia, ie, increased fat and incidence of diseases such as heart attacks, cerebrovascular diseases and increased incidence of high blood pressure, among others.

“Many patients who come to our consultations with these diseases respond favorably to a diet plan that makes them lose weight, thus compensating for their diabetes or stop being so, and others eliminate hypertension.

Dr. Valdivia Garcia also said: “As for the types of obesity, we classify the weight of the patients according to their body mass index; we calculate the size squared and divide it by the kilos of weight they weigh.

He explained that a person’s normal body mass index should be between 18.5 and 24.9; when it is above 25 and 29.9 it is said that the patient is overweight, and after 30 is considered obese, according to the different degrees that has this condition that indicates that when the body mass index is 40 corresponds to super obesity.

He categorically affirmed that this evil is preventable from childhood. A person becomes obese, among other causes, because he or she begins to have bad eating habits from a very early age. “It’s not that they don’t eat jams,” he says, “but that’s one day, without being the essence of the infant’s diet; parents usually offer them empty calories, such as soft drinks, sweets or candy.”

For Dr. Valdivia, good nutrition is provided by a balanced diet: “It is considered that in the first place are cereals and fruits, then vegetables, followed by proteins as a contribution of essential amino acids, then dairy products for the body that is not capable of producing them and then what I say to patients are the “whims” or jams, known as empty proteins that should be eaten one day as something exceptional.

The population has the false concept that only meat is protein,” he said, “but so is a dish of rice and beans because legumes are legumes; eggs are also a protein with the highest biological value that exists. Sometimes they go to the agricultural market and instead of buying fruits and vegetables, they choose empty calories and other products that do not provide the body with vitamins or other necessary nutrients.

Dr. Valdivia also pointed out the importance of becoming aware of the harmfulness of inadequate dietary habits to human health; each person has the power to stop the growth of overweight and obesity – she said categorically.

4 years ago CubaDebateCuban Society34
Mexico Returns to Its Place in the VanguardShe says: I'm a "Babe"