Home Obesity, a pandemic in the world

Obesity, a pandemic in the world

Obesity, a pandemic affecting more than 1 billion people in the world

According to the results of the National Health Survey Cuba 2020, 20% of the total population under 15 years of age is overweight, although by region, a lower proportion is apparently observed in rural areas. 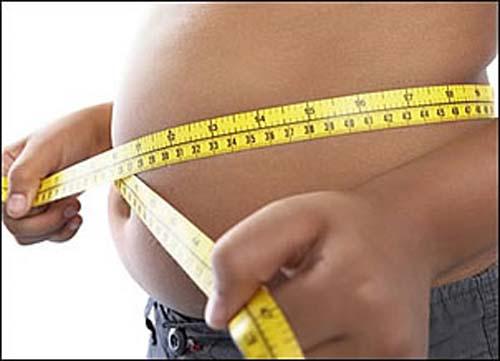 Obesity is no longer just a problem of developed nations. Photo: Reuters

Obesity, with accelerated growth in the last decades, has come to be considered the pandemic of the 21st century.

According to the website of the Cuban Ministry of Public Health (Minsap), this condition has tripled its figures since 1975.

The United Nations (UN) warned this Friday, on World Obesity Day against this disease, that in the year 2025 some 167 million people will be in poorer health due to overweight or obesity, which affects more than 1 billion people.

According to a press release from the organization, this disease affects 650 million adults, 340 million adolescents, and 39 million children.

On the other hand, it is estimated that at least three out of every ten children and adolescents, between five and 19 years of age, live with overweight in Latin America and the Caribbean, adds Minsap.

In 2020, UNICEF, the WHO and the World Bank estimated that 7.5% of children under five years of age in the region were overweight, which represents nearly 4 million children. This figure exceeds the world average percentage, which is 5.7%, emphasized the Cuban Ministry’s publication.

The COVID-19 pandemic intensified the problem with limited access to healthy food and lower purchasing power.

In Cuba, malnutrition and being underweight are not a health problem in the child population. However, overweight and obesity have been on the rise, according to isolated studies in children, as well as in adolescents and adults, according to Minsap.

These results demonstrated their association with the increase of different chronic non-communicable diseases such as arterial hypertension, ischemic heart disease, diabetes mellitus and certain types of cancer, among others.

According to the results of the National Health Survey Cuba 2020, 20% of the total population under 15 years of age is overweight, although by region, a lower proportion is apparently observed in rural areas. A similar behavior appears in the levels of obesity found, with a total prevalence of almost 20 %.

However, there is a trend towards greater overweight in adolescence, which could be explained by the pubertal changes that are beginning to occur. The higher figures of obesity in the youngest children constitute a warning of possible complications.

Minsap adds that in general, with respect to data from other studies carried out in our country, overweight and obesity have increased in the child population.

The negative effects caused by the increase in obesity worldwide are exported from one country to another, even reducing their economic productivity. Therefore, it is necessary to develop intervention policies that work to reverse this pandemic, the publication emphasizes.

10 months ago Granma, Translationshealth, MINSAP, obesity0
Chernobyl in our memorySome truths about illegal migration by Cubans