Home Notes of A Veteran Fidelista

Notes of A Veteran Fidelista

Notes of a Veteran Fidelista 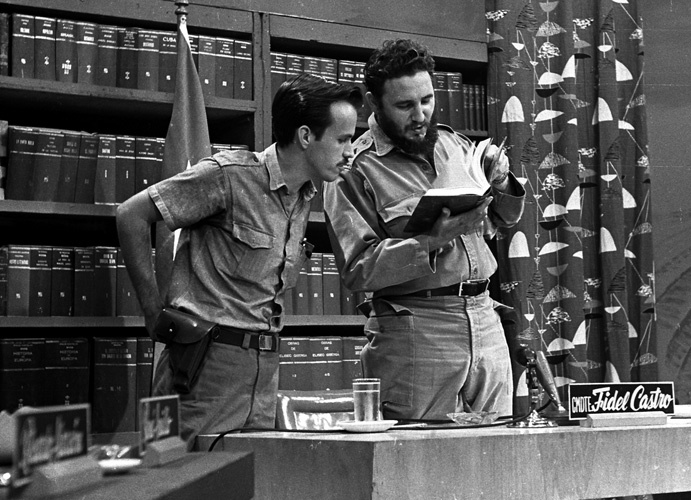 On  March 10, 1952, with a door slam, a chapter of Cuban history came to a close. Fulgencio Batista –who, two decades before, had introduced a harsh dictatorship– seized power once again with a handful of his former collaborators had liquidated the revolutionary government of just one hundred days which had emerged in 1933 after the fall of Gerardo Machado. The new coup took place without major setbacks and thus ended Cuba’s brief experience with “representative democracy”. This had lasted for only two terms of the Cuban Revolutionary Party (Autentico), which had governed for little more than seven years.

The “Autentico” Party presented itself as heir to the Revolution of 1933, in which its leaders had had played an outstanding role, but did not go beyond national-reformism, creating some necessary institutions and showing an independent foreign policy on some important issues at the UN and the OAS. Its work was, however, hampered by government corruption which invaded almost all branches of the administration. Besides, its adherence to McCarthyism led to the division among the trade union and popular movement, and the assassination of some of its main leaders.

The prevailing dishonesty caused the split in the “Autentico” Party and the emergence of the Cuban People’s Party (Orthodox) which raised the slogan “Vergüenza contra Dinero [Shame against money]” as its main banner. Among its founders was a recently graduated lawyer named Fidel Castro Ruz.

The general elections scheduled for June 1952, brought face-to-face, according to all polls, two candidates: the “orthodox”, headed by a respected university professor [Roberto Agramonte], and the government official, led by an “autentico” whose honesty was beyond doubt. A third candidate, Batista, supported by reactionary groups, appeared in a distant last place and no one gave him the slightest chance of winning in the polls. Everyone in Cuba knew this, including Batista who, for that reason, prevented the people from deciding.

The coup and its immediate aftermath deeply wounded Cuban society. Batista received immediate support from the big property owners as well as from the conservative political forces and corrupt trade union bureaucracy. Political parties –the ones close to the government as well their opponents– were trapped in inaction and inconsistency. Authenticism and orthodoxy were divided into contradictory trends and new parties emerged from them; some willing to collaborate or compromise with the new regime. These and all other parties engaged in endless controversies unable to articulate a path against tyranny.

Resistance found refuge in the universities. Out of these came the first demonstrations and acts of protest. Among the students there was a growing awareness of the need to act and to do so using methods different from those of the politicians who had failed miserably. There was talk of armed struggle, but nobody knew how to wage it or had the resources to undertake it. There were some isolated attempts while rumors spread about plans led or linked to the president overthrown on March 10.

For those of us who were still in secondary education, the assault on the military barracks in Santiago de Cuba (Moncada) and Bayamo (Carlos Manuel de Cespedes), on July 26, 1953, was a complete surprise. We knew nothing of an event that would change our lives forever.

The news highlighted the name of someone previously unknown to us: Fidel Castro.

The political crisis deepened. The tyranny became even more aggressive. The Communist Party (Partido Socialista Popular [Socialist People’s Party]) was banned and its publications closed, while increased repression against the student movement became the norm. Batista’s accusations against the Communists sought the sympathy of Washington, but had nothing to do with reality. The PSP was not only alien to those events, but rather condemned the action of the young revolutionaries as did the other opponents to Batista, almost without exception. 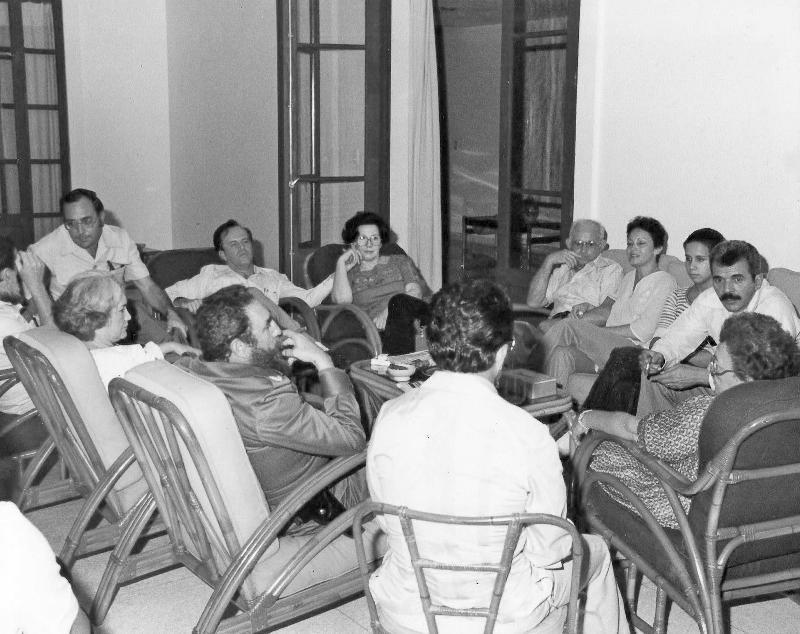 Once again it fell to the students to replace the parties that had proved incapable of fulfilling their role. The Federation of University Students (FEU) sympathized with the attackers of the Moncada garrison and called for a campaign for their release. This soon acquired a national dimension and forced the dictatorship to grant them amnesty in 1955.

That same year, Fidel founded the July 26th Movement. Along with the survivors of the initial action, it counted especially on young people who, in neighborhoods and study centers, identified themselves with that heroic deed against tirades and criticism from Tiryns and Trojans.

Their ranks were filled with youths, no few of them teenagers, who rebelled amid frustration, inertia and division, inspired by a feat that had shaken the tyranny and its opponents as well. Antonio López (Ñico), who had led the attack on the barracks in Bayamo, was responsible for organizing the youth brigades of the M-26-7 until he went to Mexico to return with Fidel and die fighting in the Sierra Maestra. He was replaced in Havana by Gerardo Abreu (Fontán), a black man of very humble origin, who had not completed primary school. He managed, on his own, to acquire a broad cultural background and a poetic sensibility that caused astonishment among us college students who had the privilege of fighting under his leadership. Ñico and Fontán –both from the Orthodox Youth– knew Marxism, shared socialist ideals, and were profoundly anti-imperialist. They were determined to create an organization that would massively bring in the new generation. They succeeded. Their followers were identified with a single word: “fidelistas”.

The presence of the Brigades was felt quickly by sending their message directly to the people. While the press and politicians criticized Fidel and the Moncada action, everywhere, in every corner of the capital –on walls and facades– using very modest resources, Brigade members painted a brief slogan which everyone understood: M-26-7, or a name that others wanted to silence: Fidel.

In view of the hostile environment which made it impossible to wage open political struggle, Fidel went to Mexico in order to organize the return to carry out the battle that would end the tyranny. He proclaimed it openly, undertaking a historic commitment: “In ’56, we will be free or we will be martyrs” thus challenging the followers of inaction and despair once again. And also their jokes: a government newspaper carried on its front page every day the number of days which had elapsed that year without the defiant promise being kept. 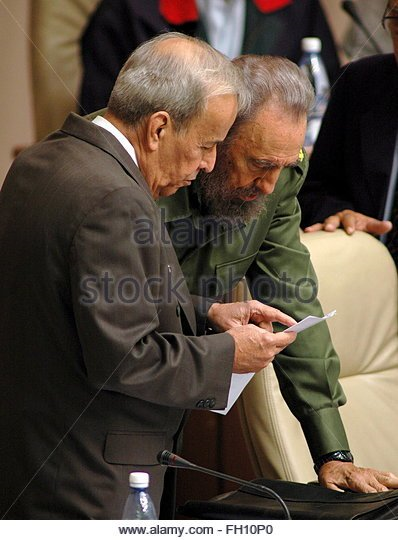 Well into November, the propaganda against the Moncadistas intensified. Demonstrations, organized by the FEU and the newly created Revolutionary Directorate, climaxed and led to the closure of the university. The last day of the month, to support the landing [of the Granma expedition], the M-26-7 carried out an uprising in Santiago de Cuba. Two days later Fidel and his companions arrived at the eastern shores aboard the yacht Granma, in what Che described as a “shipwreck”.

Scattered and persecuted by the Army, a small group finally managed to reunite in the Sierra Maestra. Many members of the expedition died fighting, or were assassinated.

Among these, as the US news agencies reported, was its main leader. Fidel’s death was reported on the front page of every newspaper. Anguish and uncertainty remained until after a passage of time that seemed endless. Gradually and by clandestine channels, the truth came to be known.

The last two years of the dictatorship were rife with crimes and abuses in the urban areas while the initial guerrilla force grew to become the Rebel Army.

“Fidelismo” reached massiveness. On the night of November 8, 1957, one hundred simultaneous explosions rocked Havana, each in a different neighborhood and distant from one another. They were practically heavy firecrackers –rather homemade devices– that only made noise. No one was injured and no one was arrested by the police who went around frantically from one place to the other. It was sound evidence that the “26th” was everywhere and showed the youth brigades’ efficient organization.

The murder of Fontan, on February 7, 1958, sparked a students’ general strike which lasted until May. It paralyzed all education centers, including private universities and academies, and led to the consecutive resignations of two of Batista’s Education Ministers of Batista.

Never before had such a movement occurred in Cuba to such extent and for so long. For three months, all attempts, violent or “peaceful” to end it failed. The student walkout continued, even several weeks after the movement suffered in its most painful and bloody defeat in Havana.

The failure of the attempted general strike by the workers, on April 9, was a very severe blow. It decimated urban militancy, almost completely destroyed the underground structures, and allowed the dictatorship to mobilize thousands of troops to launch what it thought would be the final battle in the Sierra. Once again everything depended on Fidel and his leadership. 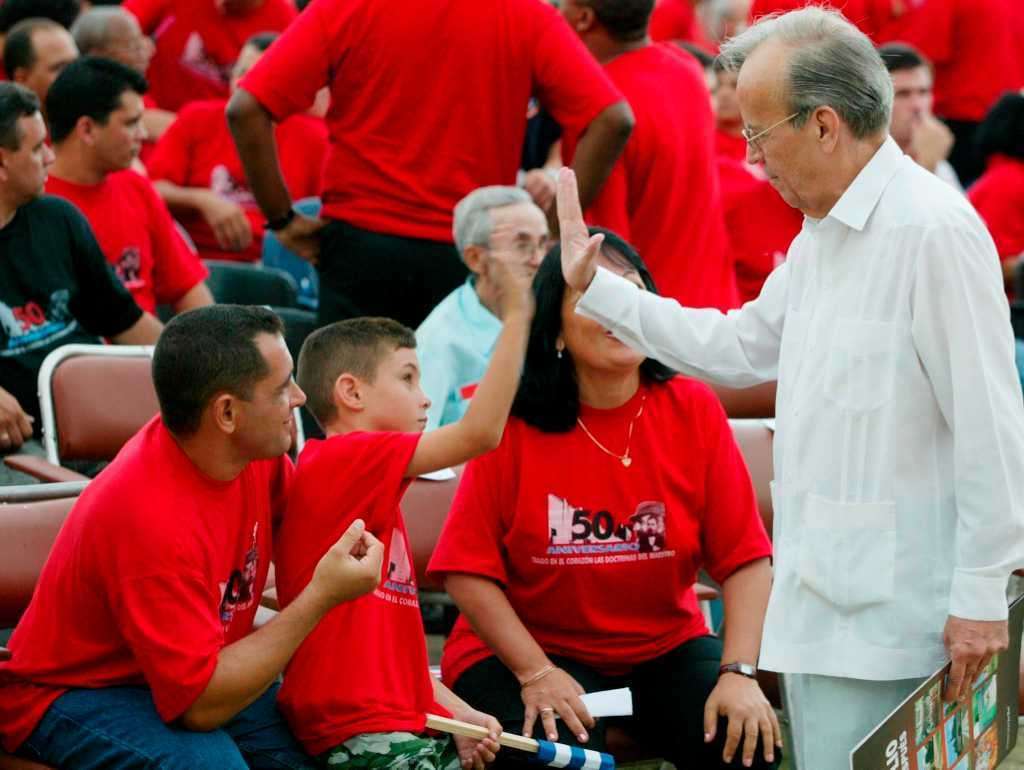 PHOTO Elian and Juan Miguel Gonzalez, at the Celebration of the 50th Anniversary of the Moncada assault.

Batista’s offensive proved a complete failure. The Rebel Army –well-established in the East– sent two columns led by Che and Camilo Cienfuegos, which crossed half the island and won many battles in its central region. The rebels were close to liberating the cities of Santiago de Cuba and Santa Clara. The last day of December, the dictator arranged his escape and –in close coordination with the US Ambassador– left behind a military junta in Havana that would have been the continuity of his regime. To thwart the maneuver, Fidel called for a general strike.

In the early hours of the first day of the New Year, the people took over the streets in the capital. The youth brigades –almost totally unarmed– occupied all police stations without meeting resistance from the demoralized and nervous troops of the regime. However, in other parts of the city, armed paramilitary groups of Batista henchmen had to be confronted. The strike continued until the total collapse of the tyranny. On January 8, Fidel rode triumphantly into a city that was already and finally “Fidelista”.

The victorious Revolution would have to face more powerful obstacles and even greater risks for over half a century: Political, diplomatic and propaganda aggression, armed attacks, subversion and sabotage, and the economic blockade that is still ongoing and is the longest genocide in history. Another blow was the collapse of the U.S.S.R. and the disappearance of allies and trading partners plus the complete isolation of the island. It has been a long and stormy path that the people have weathered under Fidel’s guidance.

Ninety years of age has now come to the man who had to face more than six hundred assassination plots against his life and whose death has been announced countless times by imperialist propaganda. Maybe someday his enemies will have to admit that they were never able to kill him. This is because Fidel and his people are one and the same. And that people, largely thanks to him, is invincible. 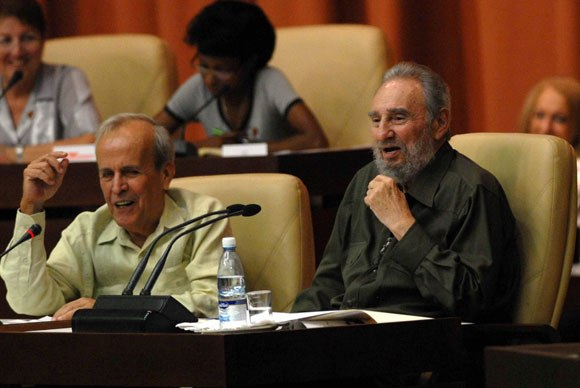 6 years ago TranslationsCuban Society, Ricardo Alarcón220
Racial Gap Deepens in the United StatesThe American People Will Have the Final Word