Home No Democracy Without Sovereignty

No Democracy Without Sovereignty

You Can’t Have Democracy Without Sovereignty 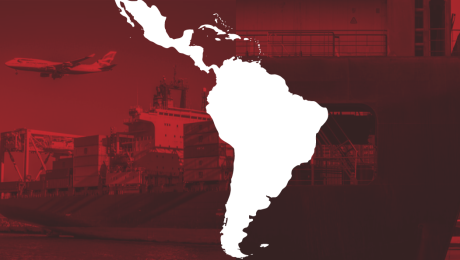 In Latin America, the U.S. control of the media euphemistically identifies as “return to democracy” or “democratic opening”, the return to civilian hands of the governments of those countries that were subjected to bloody military dictatorships promoted by the United States in the last five decades of the last 20th century.

It must be recognized that, technically, this has been a great achievement of imperialist propaganda because the outgoing military dictatorships had been imposed by the United States when the peoples could no longer stand the reigning order and a period of rebellion for independence was on the horizon.

The peoples were not then rebelling against idyllic democracies as one might think now when one speaks of a “return to democracy” but against the humiliating subordination to the dictates of Washington which had put an end to their patriotic dreams of independence.

The triumph of the socialist and pro-independence revolution in Cuba stimulated the hope that the objective of feeling that they were the owners of their sovereignty was viable.

In reality, except in glorious historical moments -which as a rule were cruelly repressed- what existed in these lands before the barracks imposed their order on the oligarchies, were sad caricatures of democracy. They were, in truth, semi-colonial enclaves headed by oligarchs servile to the United States that the empire itself replaced by military tyrannies when it saw its interests in a given country endangered.

On a regional scale, the strategy outlined by the U.S. power elite was based on the consideration that the oligarchies were not in a position to stop the generalized popular struggle that was then approaching. This was due to the worn-out political model designed in the image and likeness of the U.S. and imposed as the only democratic and acceptable one in the hemisphere.

Those traditional parties without any popular base and burdened by corruption and banditry, which were the protagonists of the model, had nothing to do with a true democratic system.

The Latin American majorities wanted the return of civilians to government. The bloody military dictatorships only had the support of the small segment of society that fattened its coffers in the conditions of security and impunity provided by the repression of workers, students and intellectuals.

But the laboring majorities cannot see a “return” to democracy in the return to the situation of lack of opportunities for education, decent work and medical care or the continuity of poverty, marginality, violence, corruption, forced emigration and so many other ills. In any case, the positive aspect has been the opportunity to resume the civic struggles truncated by the military coups.

It is impossible to speak of democracy in countries where the organizations that are part of the Intelligence Community led by the Director of National Intelligence, who reports directly to the President of the United States, operate with impunity in defense of interests alien to those of the country. The CIA, the DEA and other known intelligence, espionage and counter-espionage bodies; where embassies, consulates and other U.S. offices openly pay followers, recruit mercenaries and corrupt officials and politicians.

If Latin America could show a panorama of progress, freedom and justice prior to the takeover of governments by the barracks, it would be possible to speak of a return to democracy. But nothing could be further from the truth.

The true democracy is the one that is yet to come, the one that will mean, for the Latin American nations as a whole, their second and definitive independence.

In fact, this popular democracy has already begun to arrive and the countries of the continent that are marching in the vanguard along this route are those that today face the most powerful media campaigns of discredit, demonization, intrigues and threats.

To those who advance cautiously, they apply the subtle methods of “soft” diplomacy in order to remove them from the leading contingent, although without renouncing the crude method of the military coup when the door remains ajar and the circumstances are propitious, as happened in the shameful case of Honduras.

Latin America has lived under the neoliberal sign of capitalism for almost four decades, has reaped very little economic and social development, and many vices and apocamientos that have stagnated with respect to the rest of the world, making this region the most unequal on the planet.

The “representative democracy” imposed by the empire is false, is not rational, promotes differences, widens the gap between rich and poor, encourages wars, disunity and discrimination based on race, creed, ethnicity and gender.

In Latin America, democracy must be preceded by independence and the unity of internal anti-imperialist forces.

Latin America needs a democracy of solidarity based on equality and friendship among its nations, not on competition and greed.

Manuel Yepe Menéndez (Havana 1936), since 1954 was an insurrectional fighter in Havana as a member of the 26th of July Youth Brigades at the University of Havana. He worked in the reproduction and distribution of Fidel Castro’s defense plea “La historia me absolverá” (History will absolve me). In 1958 he edited the clandestine magazine of the M-26-7 ACCIÓN, which was published weekly in Havana and identified itself as the Organ of the Cuban Youth. He has a degree in Law, Economics Management and Social Sciences. He has served as Protocol Director at the Ministry of Foreign Affairs, Cuban Ambassador to Romania. He was General Director of Prensa Latina news agency; Vice President of the Cuban Institute of Radio and Television (ICRT); Director of the Guerrillero de Pinar del Río newspaper, and National Director (founder in Cuba) of the UNDP TIPS project. From 2000 to date he has been a member of the Secretariat of the Cuban Movement for Peace. He was a commentator on international issues for the daily newspapers POR ESTO! (2008-June 2020). August 2020