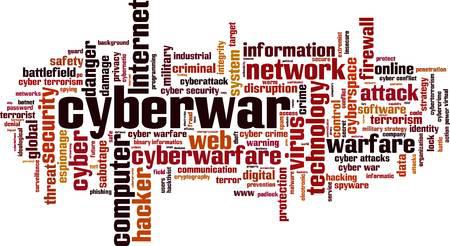 “We are going to do a lot of things in an offensive way and I think our adversaries need to know that,” Bolton said at a press conference. This document will contribute to “ensuring a secure internet”; according to Bolton, the competent bodies will now be able to “identify, counter, dismantle, degrade and deter actions contrary to national interests.”

“People who have perpetrated or are preparing to perpetrate hostile actions against us in cyberspace” should be concerned, the National Security Adviser said, emphasizing that responses to these aggressions will not be limited to cyberspace, but also include legislative responses, economic sanctions and military actions.

“The president has decided that the new plan is in our national security interest, not because we want more offensive operations in cyberspace, but precisely to create the deterrent structures that will show our adversaries that the cost is too high,” he said.

The document accuses Iran, Russia, China and the Democratic People’s Republic of Korea (DPRK), among others, of using cyberspace as an instrument to attack the U.S. And Bolton mentions examples of attacks “perpetrated” by Russia and the DPRK.

According to the Associated Press (AP), Russian hackers obtained military secrets from Washington, including its unmanned aircraft and critical defense technology. The group of hackers tracked at least 87 people working in sensitive areas of the country’s military sector such as drones, missiles, rockets and poachers, among others.

The Office of Personnel Management, an independent agency of the U.S. government, reported that hackers have made several attacks on major U.S. websites, including the Pentagon’s computer network, the Twitter and YouTube accounts of U.S. Central Command (Uscentcom), and that pirates stole access data from millions of U.S. officials, including employees of the Department of Defense.

Moscow refutes these accusations and considers it an invention. The Russian government has repeatedly said that the accusations are “absurd” and represent an attempt to divert attention from U.S. domestic affairs and its responsibility for attacks on installations, companies, military and civilian units, public and private services in Russia, Iran, the rpdc and China.

The Russian Chancellery reiterated the call to “organize a meeting of the bilateral cybersecurity working group to examine these problems with the participation of specialists from Russia and the U.S.”.

The United States Government, its intelligence services and institutions, companies linked to the military-industrial complex, have been developing a strong offensive against the Islamic Republic of Iran for a decade.

In 2010, a cyberattack on an Iranian nuclear power plant caused damage to the plant’s cooling system, which could have led to a serious incident with unforeseeable consequences. This is considered to be the first computer attack to cause damage to the physical world.

Various sources claim that the Stuxnet virus affected the centrifuges of the Iranian nuclear system. Once inside the plant, the pressure of the centrifuges increased until they failed without being detected, confusing the technicians who believed it was a physical failure. The intention was to sabotage and delay the development of the Iranian nuclear program; today there are elements to consider that the US and Israeli special services were involved in the attack.

Although it may seem like a matter of science fiction, in addition to attacks on infrastructures, cybercriminals can directly attack human life, pacemakers can be hacked that have a wireless function and end the life of an “enemy”, declared sources close to the company.

According to the CBS 60-minute program, in 2007, U.S. Vice President Dick Cheney, during George Bush’s term in office, his doctor ordered that the wireless function of his pacemaker be deactivated for fear of being hacked and killed.

FireEye, a research company in areas related to cybersecurity protection, is closely linked to cia through Robert Bigman, ex ciso (director of information security) of this agency, with whom it has signed numerous contracts for investigations into the use of malware, zero-day exploits (cyber attacks that occur on the same day a vulnerability is discovered in the system) and apt tactics (technical solutions to the Advanced Persistent Threat, apt).

FireEye has been singled out as possibly responsible for manufacturing fake attacks with the aim of singling out Russia and Iran as cyber-crime countries.

Russia was accused in 2017 of carrying out a global cyberattack that caused billions of dollars in losses in Europe, Asia and America. “The attack spread rapidly around the world”; in a communiqué the United Kingdom accused Russia of being behind this cyber aggression, an accusation that was supported by the White House.

“This has nothing to do with Russia,” Russian President Vladimir Putin said immediately during a visit to China. “Microsoft said it directly, that the source of the virus was the intelligence services of the United States.

Now that “we realize that a genie has come out of the bottle (…) he can turn against his parents,” “(…) it is necessary that the issue be addressed immediately on a serious political level,” Putin added.

Microsoft’s legal director, Brad Smith, noted that the event occurred because the National Security Agency (nsa) developed a way to penetrate Windows operating systems that ended up in the hands of pirates.

The “terabyte of death” and other cuties

The U.S. Department of Defense has repeatedly announced that a major cyber attack of unknown magnitude could occur at any time on a global scale.  Pentagon spokesman Alan R. Lynn said that a few years ago receiving a one- or two-gigantic attack was an important issue.

“We are currently facing 600 gigabyte cyber attacks and cyber offensives that we could not even imagine before,” he said.

The Pentagon speaks of an eventual massive effect of one terabyte (one thousand gigabytes). “It’s only a matter of time before such an attack occurs,” warned Lynn.

On 12 May last year, the extortionist WannaCry virus infected 200,000 users in more than 150 countries. WannaCry is a computer program whose purpose is to “hijack” files from a computer and then “ransom” them from users in exchange for money.

“The size of the attack makes us think that it may not be lone wolves,” blogger José Luis Camacho told Russia Today, arguing that attacks of this magnitude require significant funding.

Part of the code of this virus corresponds to an NSA “cyberweapon” called EternalBlue, according to Bleeping Computer. With this tool, the attack takes advantage of a well-known security breach in the Windows operating system that makes it possible to take control of a computer.

That regulation forced the Pentagon and intelligence agencies to obtain approval from other government departments before launching cyber attacks. Now that door has been left open and the Pentagon receives the authorization to act aggressively, leaving behind, according to Bolton, “the defensive position maintained until now.

The document legalizes hacking and cyber-attacks against other nations. What then can be expected of experts in manufacturing pretexts, false flag attacks, self-aggressions, simulated attacks or permitted aggressions in order to achieve dark purposes, as some point out that what happened on September 11, 2001?

The new plan opens one more scenario of danger for world peace, humanity must close ranks to stop the war madness from extending to cyberspace.

Cuba promotes the peaceful and legitimate use of information and communication technologies (ICTs) and the opportunities that cyberspace offers for the development and well-being of humanity.