Learn about the victory of a grandmother’s love in the voice of attorneys Anahita Sanchez and Rodolfo Echevarria.
By IPS Cuba, Feb 24, 2018 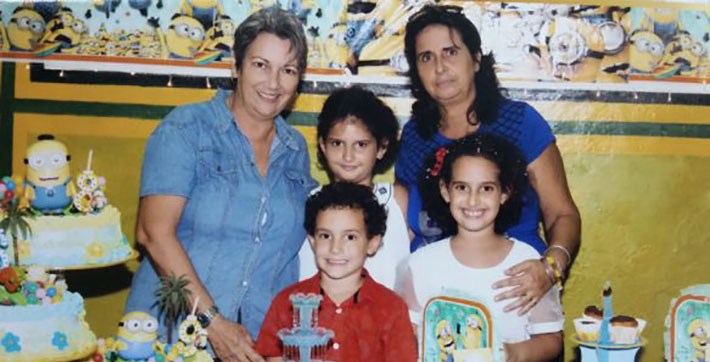 HAVANA: Lawyers linked to the case where a Cuban court awarded custody and care of three minors to their grandmother, a lesbian woman who lives with her partner, note that the sentence recognized in some way the union between people of the same sex.

This was expressed in an interview with IPS Cuba by lawyers Rodolfo Echevarría and Anahita Sánchez, who were in charge of the legal representation of Eumnice Violeta Cardoso, the grandmother of three children who were orphaned.

The event transcended as a victory for the community of lesbians, gays, bi, trans en intersexuales (LGBTI), which is waiting for the legalization of equal marriage and respect for other rights such as homoparental adoption.

It all began in March 2016, when Vioem Karen Díaz Cardoso, the daughter of Eumnice Violeta and mother of two girls and one boy, aged nine, eight and six respectively, died after fighting lymphatic cancer.

To determine the custody and care of the three children, the grandmother and the children’s father, Guillermo Gomez, went to court.

In October 2017, the family room of the Tribunal Municipal Popular de Boyeros, a municipality on the southern outskirts of Havana, mediated the family conflict and left custody and care in the hands of the grandmother.

“In the ruling, which is the binding and obligatory part of the sentence, the court confers the guardianship and care only in favor of Eumnice. That has to be well clarified,” said Echevarría, because current local legislation does not recognize same-sex couples or homoparental families. 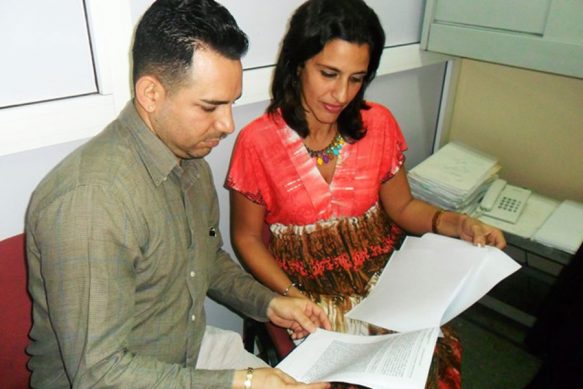 “Although the sentence recognizes in its first Considering the active role of Isabel (the couple of Eumnice), who is also the godmother of children, in the upbringing of minors, “he detailed.

“Nor is there any sign of “discrimination” in the sentence, that is, indirectly there is a recognition of the union between these two people, because it refers to the godmother of the children, her partner, also plays a fundamental role in the care of the three minors,” he continued.

“Perhaps that is the novelty of the sentence,” said the lawyer.

And he clarified that the father was not deprived of parental authority. “He has duties and rights also with respect to these minors,” he said.

Do we say they are lesbians?

Both jurists admitted that they had doubts about whether or not they should address the homosexuality of the grandmothers when filing the lawsuit.

“In self-consultation with my conscience, I said to myself, “Do I put all the data related to this family?” recalled Echevarría. 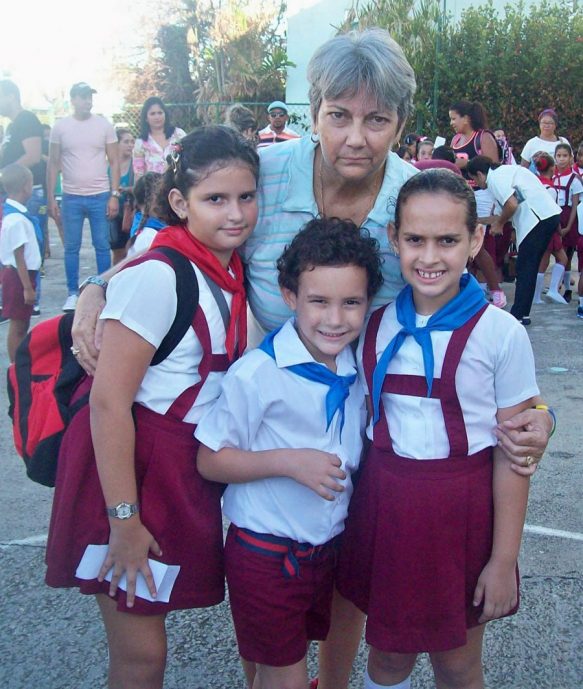 Eumnice Violeta and her grandchildren on a school morning. Photo: Taken from the Accept website

The lawyer was concerned that the other party might use the fact that it was a homosexual couple to allege alleged harm to children because of same-sex relationships.

“And I said to myself… why not? You have to put the patch on before the hole comes out. They are in a relationship as a couple and that doesn’t in any way affect minors,” she recalled.

“To introduce that element, she obviously had to have the consent of Eumnice Violeta. She always agreed, even asked that this information be introduced in the lawsuit,” she continued.

Attorney Sanchez described the court’s reaction on the day of the hearing as “impressive.”

“When the grandmother finished speaking, with very personal and moving experiences, the godmother stood up and explained. Everyone ended up crying, and the two of them embraced,” she shared.

“It was a very nice process, because the court didn’t have the slightest doubt that they have a relationship. But that didn’t mean that they were deprived of their rights, on the contrary,” she said.

The lawyer maintained that “the judiciary didn’t show any kind of opposition, neither in the act of appearance nor in the sentence” because of the sexual orientation of the grandmothers. 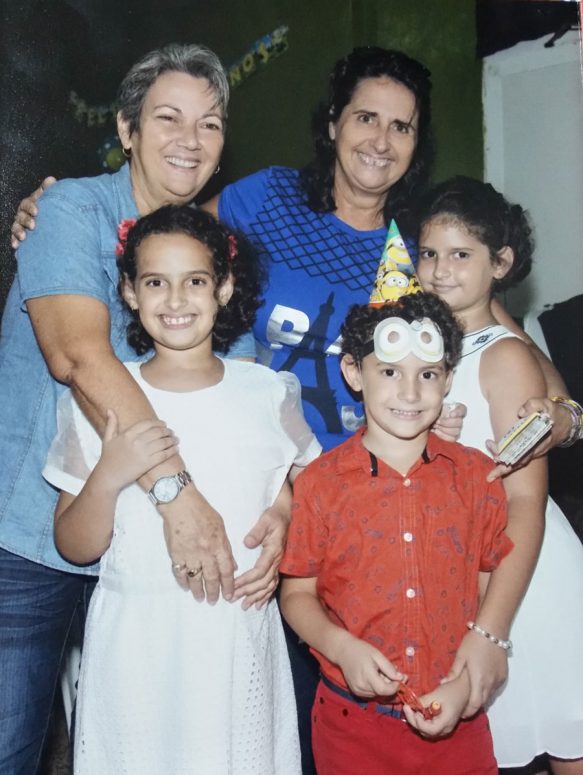 The case of Eumnice arrived in April 2017 at the hands of Rodolfo and Anahita, two professionals from the Law Firm Specialized in Cassation Resources, thanks to the recommendation of a colleague who assessed the sensitivity of the problem.

“They had been given little hope, and the granting of guardianship and care to grandparents is certainly unusual,” Echevarría said, as the law states that custody should be vested in the father after the mother’s death.

However, “this is not the first case of detachment of custody and care in favor of the extended family, such as grandparents, although they have not been abundant,” said the lawyer.

Due to the very nature of the work in the law firm where they work, which handles cases from all over the country, Rodolfo and Anahita affirm that there will have been three or four similar cases in the rest of the Cuban provinces.

Nor do they believe that he is the only one in Havana, although “there are many judges who have not yet had any in their jurisdiction. Since it’s not the first, it’s not that many,” Sánchez said.

In fact, the first setback faced by the family was that the Popular Municipal Court of Old Havana, in an unusual intervention by the Attorney General’s Office, alleged a lack of competence to deal with the case and ordered its transfer to the municipality of Boyeros, where the children’s father resided.

As professionals, Echevarría and Sánchez maintain that the positive solution to this case brought them great satisfaction.

“Law has to go hand in hand with these new family paths. There are reconstituted, assembled families, and there is already a recognition of the role of the extended family,” Echevarría reflected.

For the lawyer, “the right has to look at the new paradigm shifts, from a nuclear family based on the ties derived from marriage, to a family that is sustained by affection.

The family rooms today reinterpret current but outdated Cuban norms and apply international agreements signed by the country to solve family law cases, pending the postponed revision by parliament of a draft of a new Family Code to replace the one drafted in 1975. (2018)