Cuban Psychiatry Studies the Impact of Technologies on Mental Health

When Cuban society advances towards computerization as a priority, it turns out, in the opinion of Dr. Miriam de la Osa O´Reilly, head of the Psychiatry Service of the Hermanos Ameijeiras clinical-surgical hospital, that the theme chosen for the IX Cuban Congress of this specialty is very timely: Frontiers of Psychiatry and the Impact of New Technologies. 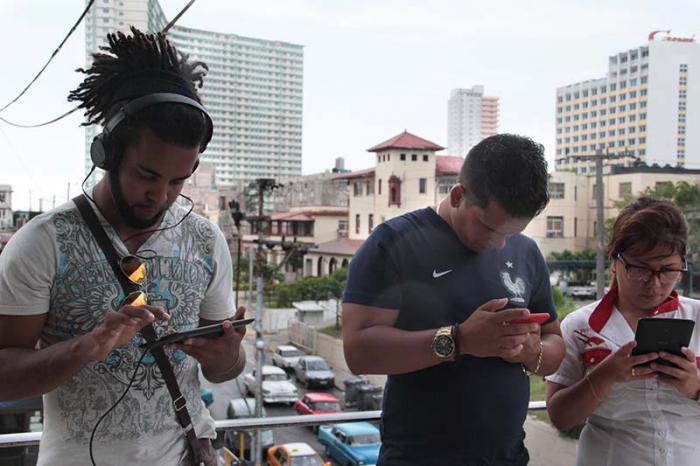 In the danger of living an excessively “connected” 21st century, and increasingly dependent on computers or cell phones, psychiatry finds new and enormous challenges, said Dr. Miriam de la Osa O´Reilly, head of the Psychiatry Service of the Hermanos Ameijeiras clinical-surgical hospital, to Granma during the first day of the 9th Cuban Congress on this specialty.

We are talking about behavioral addictions, which can range from distorting reality, showing dependence on devices to having communication and socialization problems, and even suicidal attitudes, all related to the misuse of mobile phones and different social networks on the Internet.

When Cuban society moves towards computerization as a priority, in the opinion of the specialist, the topic chosen for the appointment is very topical: Frontiers of Psychiatry and the Impact of New Technologies.

The congress, which seeks to be a space for reflection, scientific exchange and professional commitment, on a science that gains in maturity and experiences on the road to human improvement and well-being. It brings together more than 250 Cuban delegates and some twenty countries at the Havana Convention Center through Friday, March 15.

“We have tried to make the scientific program address the main problems of mental health in the population, while constituting an update on topics specific to this century. Among these are the advantages and dangers of using the Internet, but also the development of neurosciences and nanotechnology in psychiatry,” said the president of the organizing committee.

We communicate all the time, and there is a network like a highway, in which one can advance in time, distance, friends and knowledge is extraordinary. But that same goal implies, if not used properly, multiple dangers, she said.

That’s why psychiatry professionals insist, from the promotion of health and prevention of diseases, on being aware of the problems that so-called TICS can bring; an alert that involves the media and the rest of society, especially when Cuba  connects more and more, insisted Dr. Osa O´Reilly.

Healthier contents should be placed in the social networks that are being created and in the existing ones. They should be directed to the well-being of people. At the same time, a critical reading of those messages that we consume daily is needed. And let’s not lose sight of what the smallest members of the household consume, she warned.

The young population is the most affected by this misuse, explained the specialist. And there are plenty of examples, ranging from nomophobia or fear of being without a mobile phone for a long time, the need to check it even when the person wakes up at dawn, to the controversial selfies, which have caused death in the search for new, exuberant places… and the construction of a virtual life in networks like Facebook, dissonant from reality and which can lead to depression.

The interviewee also mentioned other organic consequences of these addictions, such as vision disorders or orthopedic disorders, when adopting incorrect postures for a long time in front of a computer or mobile phone.

On the other hand, for Profesor de la Osa, in this technological era, the cornerstone of the specialty continues to be clinical training, she said.

Based in the capital, the 9th Cuban Congress of Psychiatry was extended in a group of pre-congress courses to the provinces of Artemisa, Santiago de Cuba and Holguín.

On the closing day this Friday, Doctor of Science Pastor Castell-Florit Serrate, director of the National School of Public Health of Cuba and president of the National Council of Scientific Health Societies, stressed that Cuba recognizes the complexity of mental health problems and their social determination, as well as the right of the population to it. In addition there’s to the provision of information and communication with patients and families, and to understanding and support until recovery and continuation of the life project.

Dr. Carmen Borrego, head of the Mental Health and Addictions section of the Ministry of Public Health, signified the high knowledge and responsibility of the professionals of this branch in Cuba, who work in a wide network of services in the country and exceed one thousand specialists.

3 years ago Granma, Translationsmental health, technology0
The urgent need for a resistance front"They Saw Us As Gods"