Home “They Saw Us As Gods”

“They Saw Us As Gods”

“They saw us as gods, today they see us as nothing”:
The difficult situation of thousands of Cuban doctors in Brazil after Bolsonaro’s arrival in power. 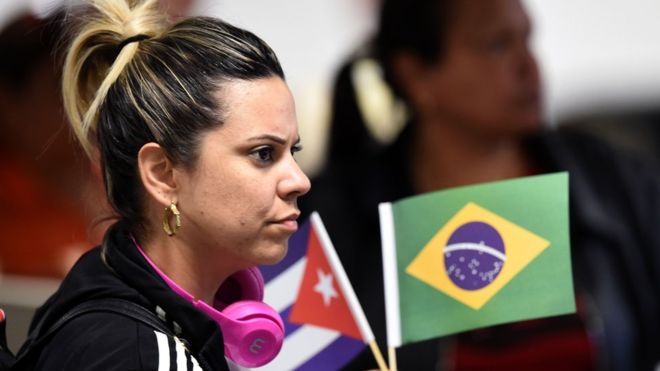 The “More Doctors” program was launched in 2013 on the initiative of then-Brazilian President Dilma Rousseff.

The program “Formerly they saw us as gods, today they see us as nothing”.

Cuban doctor Yulia Molina Hernandez does not know what other doors to knock to get out of the situation in which she finds herself.

Molina arrived in Brazil five years ago as part of the international program “Mais Medicos” (More Doctors), an initiative launched in 2013 by then Brazilian President Dilma Rousseff to facilitate basic medical care in disadvantaged and remote areas of the country.

Last November, Cuba announced its withdrawal from the program due to conditions imposed by the new president of Brazil, Jair Bolsonaro.

Cuba withdraws from the “More Doctors” program, for which it sent 8,000 doctors to Brazil. (Link to Spanish article not translated here.)

Brazil announces that it has “replaced” the thousands of Cuban doctors who left the country after the cancellation of the More Doctors program. (Link to Spanish article not translated here.)

The decision left more than 8,000 Cuban doctors facing the dilemma of returning to the island or staying in Brazil and being considered deserters by the Cuban government. Más Médicos” started in 2013 at the initiative of then-Brazilian president Dilma Rousseff.

More than 2,500 chose to stay and now denounce the precariousness in which they find themselves: they cannot practice medicine and cannot find other types of jobs.

“You get tired of being exploited.”

“It’s something I’ve been thinking about for a long time,” doctor Surizaday Fernándezr, told BBC Mundo. 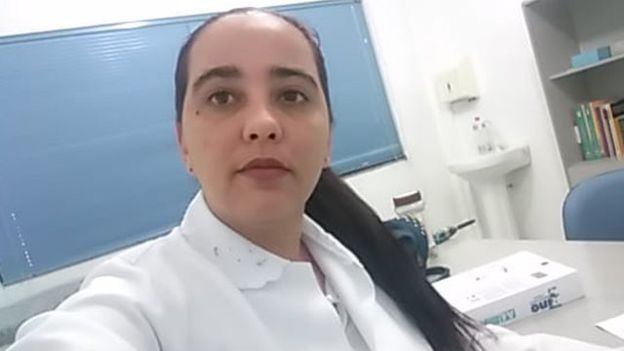 “You get tired of being exploited, in the end, you lose years of life, you lose time with your family, you lose a lot of things. I had made my decision.

Despite this, Fernandez, 31, was paralyzed when she learned that Cuba was withdrawing from the More Doctors program.

“I was walking and I was in shock, I didn’t know whether to go forward or backward. When Bolsonaro won, he knew that Cuba was going to pick us up, but I didn’t imagine it would be like that.

Fernandez then lived in Cunha Porã, a small municipality in the southern state of Santa Catarina, from where she moved to other municipalities to find employment.

There she began her odyssey, similar to that of many of her colleagues.

Following the announcement of Cuba’s withdrawal from the More Doctors program, Bolsonaro said Cuban doctors who wanted to stay in the country would receive asylum and could work as doctors if they re-validated their degree. 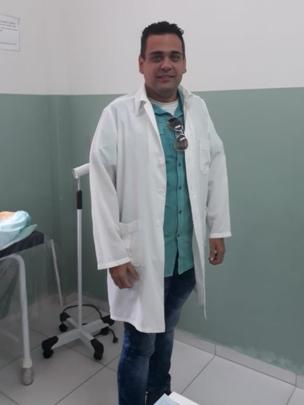 Joan Rodriguez is living with another Cuban doctor in the house of a Brazilian woman who does not charge them rent.

However, the reality is becoming much more complicated, as doctor Joan Rodriguez relates.

“I arrived in Brazil in June 2017 and I was working normally until the cancellation of the program. I got by for two months with the savings I had. At the end of last December, the Brazilian government created an edital, which is like a public announcement, to cover the 8,500 places that the Cuban government had taken out.

“We Cubans were able to register, but the day before we were able to apply for a place, our rights were terminated. We were told that we could go to the federal police in each state to ask for refuge.

“They gave us a paper, the request for refuge, with which we could go to the Ministry of Labor and ask for a job portfolio, which is like a permit to be able to work in Brazil,” he explains.

The job portfolio hasn’t been much use to him so far.

“When they realize that we are Cubans and that we were members of the More Doctors program, they close all our doors for work,” he laments. 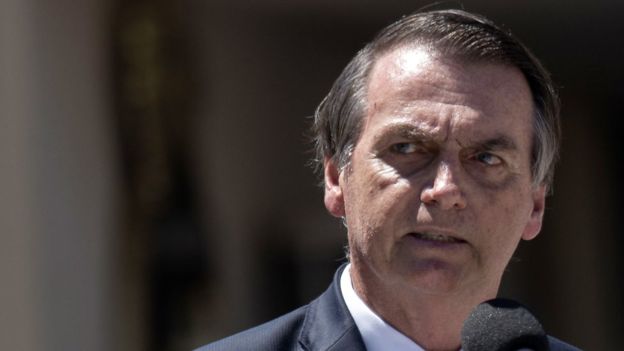 The president of Brazil, Jair Bolsonaro, announced new conditions for the “More Doctors” program as soon as he won the presidential elections in his country.

“Many people, when they find out that we are doctors, tell us that they cannot offer us work because our hierarchical level is superior.

“We were doctors, yes, but today we are nothing, we are like anyone else, needing work in order to survive,” he says.

BBC Mundo tried to find out the position of the Brazilian Ministry of Health, but at the time of publication of this article, it did not receive a response.

Yulia Molina has hit the same obstacles as Rodriguez. 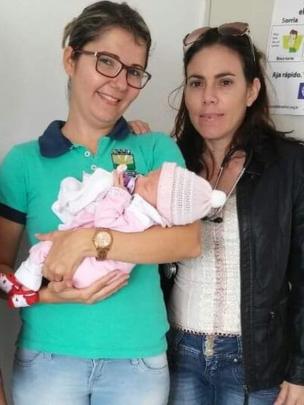 Yulia Molina (left) has not found a job in Brazil for two years.

Her story is similar to that of her colleagues, albeit with nuances. She did not leave the program when Cuba closed it, but two years ago because she was pregnant, with a threat of preterm pregnancy, and Cuba demanded that she return in that condition.

“Since I didn’t want to go back so as not to risk my life or that of my son, they gave me up as a deserter. Either you leave or you stay. That was the choice I was given, and I stayed,” Molina told BBC Mundo.

The 34-year-old doctor lives in the northeast of the country, where the economy is not at its best.

“The entry of money where I live is much poorer because things are much more expensive. What you buy in the south for a price, here they sell it to you for double. I haven’t worked in two years.

“They are obstacles that face us, for no reason whatsoever. What there is xenophobia with any foreigner, not only with Cubans. Formerly they saw us as gods, today they see us as nothing,” she says. 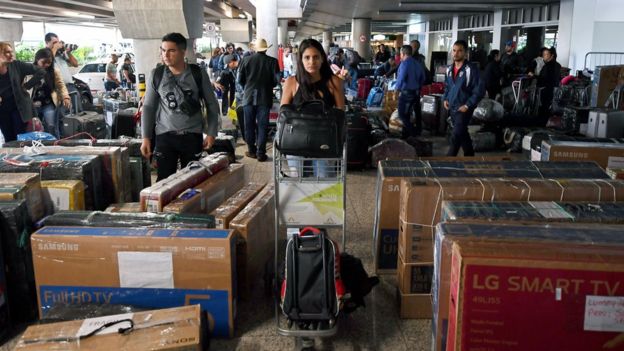 Thousands of Cuban doctors packed their things and returned to Cuba after their country’s withdrawal from the international “More Doctors” program.

Molina considers herself lucky because at least her husband has a job. She says she knows many of her compatriots who are going through very delicate situations.

“I know cases of people living in a house to pay the rent, eating in the least healthy way possible, colleagues who are desperate, many thinking of going out in caravans.

The Cuban doctors with whom BBC Mundo spoke agree that the option of the title revalidation is practically unattainable. The main obstacle, they say, is that the Cuban government retains their documentation and without these papers, there is nothing they can do.

Returning to Cuba is out of the equation. Being considered deserters, these doctors cannot return to the island for another eight years. And even if the Cuban government decides to allow them to return as they expressed last February, the doctors fear the treatment they might receive.

Thus, Yulia Molina, Joan Rodriguez, Surizaday Fernandez and most of their paralyzed colleagues in Brazil have their sights set on the United States.

“Our future is very uncertain. We realize that we cannot stay in this country. At the beginning of January, Republican Senator Marco Rubio proposed reopening the U.S. the medical parole program that Obama closed in January 2017,” says Rodriguez. 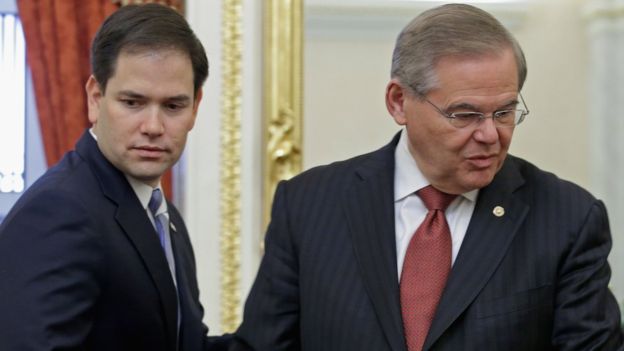 The parole the doctor is talking about is the Cuban Medical Professionals Parole Program (CMPP) which was launched in 2006 and which allowed Cuban medical personnel who were in other countries (i.e., not in Cuba or the United States) to apply for permission to enter a U.S. embassy or consulate.

On January 12, 2017, the U.S. and Cuba signed an agreement to normalize their migration policy relationship, and the U.S. Department of Homeland Security terminated the CMPP.

Molina has the same hope as Rodriguez. “The only real alternative would be the opening of the parole that is what we are fighting for today. This is not a story, it’s not that we’re faking it. And it’s not that it’s going to get better, it’s that we don’t see a better future in Brazil.

Many of the Cuban doctors who stayed in Brazil are unable to find employment, even in other sectors.

For her part, Fernandez is clear that she is not going to stand idly by. “When I decided to stay out of Cuba, I decided to pull forward. I assumed I wouldn’t practice medicine for long, maybe never again,” she admits.

“I’m not going backwards or to gain momentum. Always in the hope that parole will open and have the opportunity, later, to do another formation. In the U.S. they have study programs, more possibilities of employment, of having a normal, dignified life.

“I studied six years that cost me my sacrifice, my effort and that of my family, no one else. I do not admit that a person comes to treat me as if I were garbage. I work in whatever is, in whatever touches me, but that is respected”.