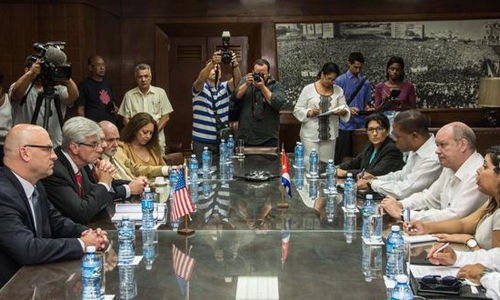 Bryant is the second governor of a US state to travel to Cuba since New York magnate Donald Trump took office, following the visit of Colorado Gov. John Hickenlooper, a Democrat, last February.

In the meeting with Malmierca, the governor of Mississippi was accompanied by a delegation of business executives and officials from that state, who also held meetings with officials from the ministries of Tourism, Agriculture and Food Industry.

Minister Malmierca said that since the beginning of the process of normalization of relations between Cuba and the United States in December 2014, “much has been progressed since”, but remains “the most important”: elimination of trade, economic and financial blockade.”

“The blockade’s measure is the main obstacle to us having normal ties. It not only creates serious difficulties for the Cuban people, but also damages economic operations between the two countries and with third parties,” said the Cuban minister on the policy Washington has applied to the island since 1962

According to him, Bryant and his entourage also spoke with authorities of the Cuban ministries of Tourism, Agriculture and Food Industry

Governor Bryant and his delegation are planning a tour of the Mariel Special Development Zone (ZEDM), a business and commercial enclave about 40 kilometers from Havana, which is the star project of the Cuban government to attract foreign investment .

The governor is scheduled to meet during his visit with authorities of the Ministry of Transportation and with the director general for the United States of the Cuban Foreign Ministry, Josefina Vidal.

Last February, Havana, Republican Senator William Thad Cochran, who presided over the signing of agreements between maritime-port authorities in Cuba and the ports of Pascagoula and Gulfport in that southern state, was the result of a business forum to explore Joint business opportunities.

(Infromation of Prensa Latina and EFE) 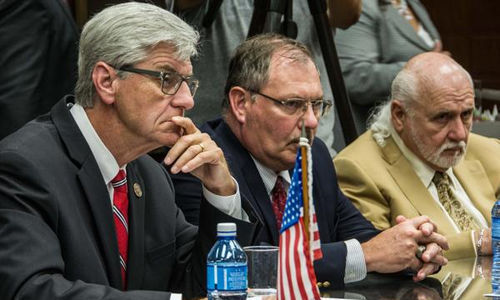 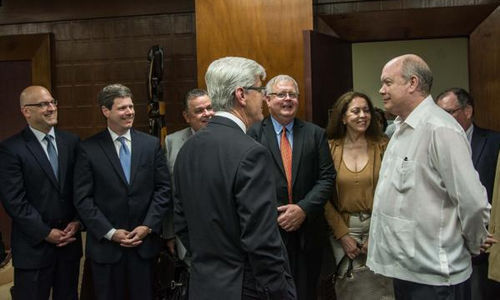 5 years ago TranslationsCuba-US relations73
Child Sexual Abuse: Without Faces or Ages The Vietnam War and the People of the U.S.