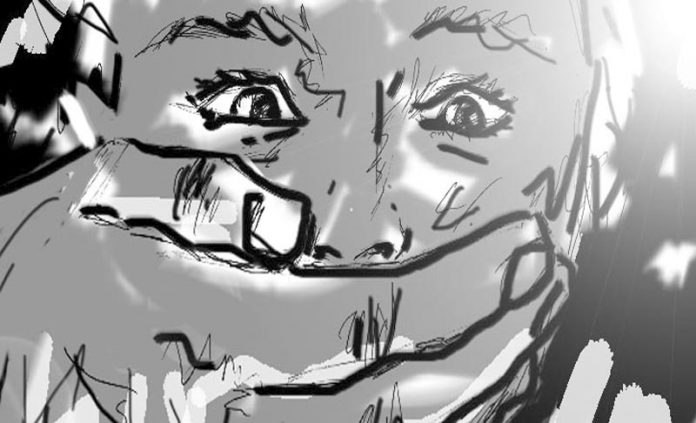 She was the girl in the house, nice and affectionate. He was the “uncle”, Dad and Mom’s best friends since they were little children, like her. She always ran to greet him. He visited the house on every birthday, on weekends, in the afternoons … Her parents would leave her in the care of the “uncle” so they could run errands. He brought her dolls, candy, cookies. She never understood why he kissed her in the mouth, took off her robe and touched her everywhere when they were alone. He told her it was a secret, as in the tales of princesses. She did not like it; but it was a princess’s secret … He left her half-naked and crying one afternoon when Mom and Dad had not yet returned … She’s barely four years old.

Contrary to the widespread belief of an “unknown stranger,” “distant from our home or affective environment,” events such as the one narrated above are very much our own, close, historical … Social taboos or stigmas –even institutional ones– manage to silence them, but never avoid them, much less eradicate them.

“I worked with cases that came to the Court in 2015 and the first months of 2016,” explains Lisandra León Borrero, whose Master’s Degree thesis in Criminology discussed the “Victim Factors that Promoted Sexual Abuse of Children Under 16 in The Municipality of Cienfuegos in 2015-16: Actions for prevention.” However, the author mentions the existence of other cases still being processed and says there are cases that are never reported.

Researchers say that in our country the most common crimes related to child sexual abuse are lascivious abuses, and the most vulnerable are children between three and ten years of age.

According to the 2013 Cuban Report on “Legal-penal actions against human trafficking and other forms of sexual abuse”, protection was granted to 2,321 girls and boys who had been victims of these acts (1036 of lascivious abuse, 553 of corruption, 365 of rape, 191 of sexual outrage, 57 of pederasty and 29 of rape under 16 years of age). From then to date, the figure has been rising.

“I do not think it has increased,” explains Dr. Diana María Stuart Duarte, child psychiatrist at the Centro de Evaluación, Análisis y Orientación del Menor (CEAOM) [Center for Evaluation, Analysis and Guidance of Minors] in the province. From the very beginning of the history of humankind, abuse has been present. But people have gained confidence, knowledge, and are less afraid. Thus the number of accusations has increased. In fact, many families had their children being victims of sexual abuse and did not disclose it. We are already more open in that regard.”

Other studies reveal that, even with such progress, the reported cases are usually only 10 to 20 percent of the real number .

The victimizers, like the victims, have no face, no age, no sex, but “they are almost always close to the family and study their victims, identifying problems of any kind: children who lack affection. And many times the child is mentioning the abuse to the elders and they do not believe it; they take him or her to be a liar. Imagine being in a situation like that,” says Lic. Sara Rey Hernández, a psychologist at CEAOM.

As part of her research, Lisandra León Borrero identified some risk factors that increase the vulnerability of children to this type of abuse. The absence of risk perception on the part of the family is at the top of the list and reveals certain shortcomings of present-day Cuban society.

“Most of the cases under study were dysfunctional families; they did not pay attention to their children; they did not know who they related to; they were not prepared to provide them with adequate sex education; and they were permissive.”

“Another element was the economic factor. In juvenile corruption, for example, when we analyze how the crime is committed –the age, the crime itself—material factors are almost always present. Predators take advantage of those teenagers who wish to have cell phones or tablets, and whose parents cannot give them those goods.”

Master Lisandra Leon Borrero also discusses the social factor with the presence of alcoholism in our communities, and the lack of adequate recreation spaces for the children. “The mother lives on a fifth floor and lets the child play in the street, in a dark place, without supervision,” she added.

Whether in the short or medium term, the aftermath is usually manifested in the child victim. Among the most serious consequences, Dr. Stuart Duarte includes: affective disorders, psycho-somatic problems (physical symptoms such as fatigue, loss of appetite or gastrointestinal, perception, function or behavioral disorders) or personality disorders, deriving even from substance abuse.

The law, for its part, falls more heavily on those responsible depending on the age, the circumstances of the event, or the significance of the damage. Punishments range from 12 months for lascivious abuse, to 30 years or death for rape, violent pedophilia or corruption of minors when the victim is under twelve years of age.

“In 1991 Cuba ratified the Convention on the Rights of the Child. However, our Penal Code shows a certain lack of protection when it comes to considering aggravating factors,” Leon Borrero explains. In civil law here, a person is a minor until he or she is 18; but for punishment in criminal law we speak of a minor until he or she is 16, and in the end, aggravation is only considered when the victim is 14 or younger”.

WHEN THERE IS CONFIRMATION

Although each child may react in different ways to this type of aggression, there are symptoms that would help relatives or friends to detect them.

“Isolation is one of the most common,” says psychiatrist Diana Maria Stuart. Also school rejection, hostility, rebellion, fluctuations in appetite, difficulties in personal relationships … Depression in children and adolescents is not as in us adults: in children, it responds to a manifestation of behavior, rather than to emotional causes…

Behavioral alterations take precedence over emotional ones. The school plays an important role: when a child is being abused his or her academic performance almost always decreases. The child reacts differently: some are not aggressive and at a certain moment they become so; they reject physical contact …”

“It is paramount to maintain close observation of such changes,” stresses psychologist-pedagogue of CEAOM, Lic. Arianna González Fernández. “Sometimes we get cases in which the parents cannot tell us if there is an emotional alteration or not: the child is in school until 5:00 pm, comes home, takes a bath, does homework, eats and goes to bed. In such circumstances, it is the teacher who helps us with a more complete characterization.”

It is difficult to react serenely to the chance of possible abuse of some of the smallest of the house. However, it is essential to take into account some procedural steps for the safety and welfare of the child.

“When the family learns of the abuse, it should address the PNR unit [Policia Nacional Revolucionaria/ National Police] and file a complaint without the presence of the child. The child should not be taken to the unit of the PNR, emphasizes psychologist Sara Rey Hernandez. The child has already told the story to a cousin, an aunt, then to the mother, and then goes to the police station and repeats the story to whoever is there. They may not be the person prepared to explore the child. To work with them is our group of specialists. We must not re-victimize the victim.”

“Nor should parents insist on getting more details. That is our job,” comments González Fernández. “We keep repeating this because that insistence only creates more problems. By the time we get the information, it will already be tainted and the child will give us a narration of what he heard, guessed, imagined… altering the concrete fact.

The specialists interviewed agreed on the fact that, in general, delays in the detection and reporting of abuse persist.

“Speaking in terms of crime, we should not cause alarm either,” suggests Lisandra León Borrero. We should be careful with the subject, because perhaps the child’s symptoms respond to something else and misunderstandings can generate family conflicts.”

“We know that everyday life is difficult, but we must devote time to our children,” emphasizes Stuart Duarte. “Talk to them, play with them. Draw with them. The idea is not to be permissive, but to devote time to them.  And have control: boys and girls should have schedules according to their age; parents should know who they play with, where they play … All this is important in the family’s actions to prevent their children from being victims of sexual abuse.”

Stories like that of the girl in our opening paragraph are very close to home, they are our own, historical … And silence does not manage to silence the pain, much less avoid it.

Lewd abuse: to lasciviously abuse a person
of either sex, without the aim of carnal access,
using force or intimidation.

Rape: to have sex with a single woman
older than 12 years and under 16,
using abuse of authority or deception.

Corruption of minors: using minors under 16
in the practice of prostitution or in the practice
of acts of corruption, pornography, or other
dishonest behavior.

4 years ago TranslationsCuban Society, Women30
Cuban-American gets life sentence for terrorism in USAMississippi Governor on Working Visit to Cuba