The second Bolivian political force will be the Citizens’ Community Alliance, of former President Carlos Mesa. 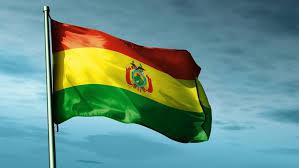 With 97 percent of the officially counted election records, the Movement Towards Socialism (MAS) consolidated its majority in the Bolivian Legislative Assembly on Friday, reported Telesur, by securing 21 senators and 78 deputies.

The Plurinational Electoral Body (OEP) of Bolivia reported this Thursday that the MAS, of President-elect Luis Arce, obtained 78 of the 130 seats in the Chamber of Deputies, while in the Senate it obtained 21 of the 36 seats.

Meanwhile, the Creemos movement, led by former presidential candidate Luis Fernando Camacho, will have four legislators in the upper house and 17 deputies.

With this composition, the Movement Towards Socialism will be able to approve laws and make parliamentary decisions, without having to build political alliances with the opposition.

However, it will have to build agreements with CC and Creemos to designate authorities, approve judgments of responsibilities and even propose constitutional changes, since this requires the approval of two thirds of the Legislative Assembly.

Among those who must be appointed with a two-thirds majority are the ombudsman, the attorney general and the comptroller general.

This Friday, the Supreme Electoral Tribunal (TSE) officially declared Luis Arce, of MAS, to be the president-elect, who obtained 55.10 percent of the valid votes cast in the general elections of 18 October.

In second place was Comunidad Ciudadana, with 28.92 percent; and in third place, Creemos with 13.82 percent of the votes.