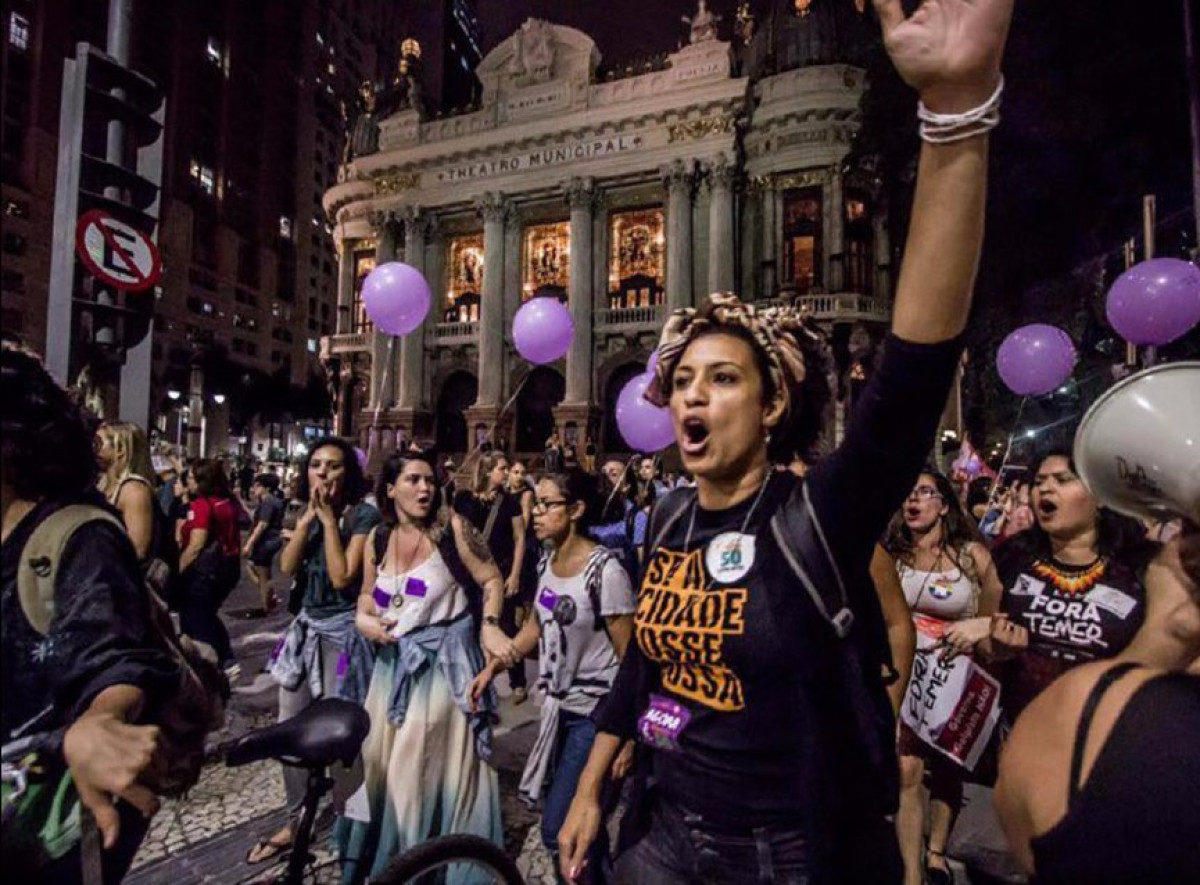 In addition to being a councilor for Rio de Janeiro, Marielle Franco was also an activist for the safety of police and residents of the Favelas. Author: Midia Ninja Published: 24/03/2018 | 10:50 pm

A black, bisexual woman, born in one of the poorest slums in Rio de Janeiro, Marielle Franco became a symbol of the social struggle in the country after her brutal and mysterious murder on March 14.

Her second death – that of her honor, her principles, and her struggles – was caused by the dissemination of news in the social media, which tries to minimize the importance of the crime against the human rights activist.

One of the so-called fake news defamation stories against Marielle alleges that she married a well-known drug trafficker in the country, Marcinho VP. Others claimed that the counselor was using drugs or that she had had her daughter when she was 16 years old – all fake, as evidenced by several Brazilian data-checking websites.

On an even more sinister occasion, a federal judge at the Rio de Janeiro Court of Justice caused controversy by criticizing Marielle based on the false news that the councilor was voted for by members of the Comando Vermelho faction. The judge said in response to a Facebook post: “The point is that Marielle was not just a fighter”; she was engaged to bandits! She was elected by the Vermelho Command and failed to meet “commitments” made to her supporters.

The Free Brazil Movement, a right-wing opposition group known for disseminating sensationalist information, used the news about the judge’s baseless accusation in a web publication entitled “Federal judge breaks with the PSOL (Marielle’s party) narrative and claims that Marielle was involved with bandits and is a “common corpse”,” with more than 40,000 “likes” before she was killed.

Other representatives of the extreme right also mobilized to spread lies about the representative of the PSOL party (Partido Socialismo y Libertad). Among them, Alberto Fraga, deputy of the “Bancada da Bala” (parliamentary front for the right of access of civilians to bear arms), published last Friday on Twitter an image of defamation with false information about Marielle’s alleged relationship with criminals to question the action of the police in crime. As a result of the criticism, the Member had to withdraw the publication.

But the online lying machine could not contain the manifestations of pain and solidarity with Marielle. The day after her murder, tens of thousands of people from different parts of Brazil, as well as from Portugal and New York, took to the streets in repudiation of what had happened, according to G1 data.

In addition, around 50 members of the European Union’s Human Rights Council requested the suspension of negotiations with the Mercosur economic bloc. and 100 UN entities denounced Brazil for violence against social activists in the country.

Marielle Franco received the fifth most votes as a candidate in the city of Rio de Janeiro from the Socialism and Freedom Party (PSOL). She was also a sociologist and political leader in the defense of human rights. The councilor was shot dead on the night of Wednesday, March 14, leaving an event on the role of black women in politics.