Magali Llort Ruiz has passed away

Magali Llort distinguished herself for her firmness in defense of the principles of the Revolution. 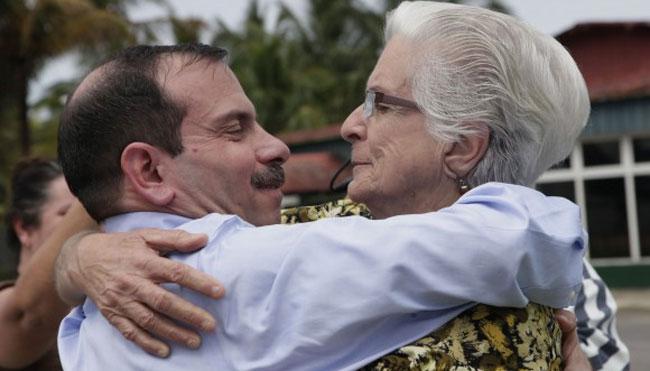 n the morning hours of September 23rd, Magali Llort Ruiz, mother of the Hero of the Republic of Cuba Fernando Gonzalez Llort, passed away.

Magali began her working life at the National Bank, where she started as a secretary. She was a union leader and reached management positions in the bank. In 1994 she retired and began working at the Union of Construction Companies of the Caribbean (Uneca) until 2000, when she actively joined the mothers and wives of the Five Heroes in the campaign for the release of the anti-terrorist fighters.

She was elected deputy in the VII Legislature of the National Assembly of People’s Power. The Commander in Chief, in a solemn act in the Karl Marx Theater on March 8, 2002, awarded her the Mariana Grajales Order, by agreement of the Council of State. She was also awarded the August 23rd Medal, an honorary distinction of the Federation of Cuban Women. Magali Llort distinguished herself for her firmness in defense of the principles of the Revolution. At the time of her death, she was a member of the Cuban Communist Party. At the request of her family, her body will be cremated.