Home Los Angeles and the prelude to a Summit

Los Angeles and the prelude to a Summit

Los Angeles and the prelude to a Summit (+ Video)

Some Miami-based anti-Cuba hate-mongers, especially in the South Florida media, have begun to appear, announcing their attendance to the Summit. 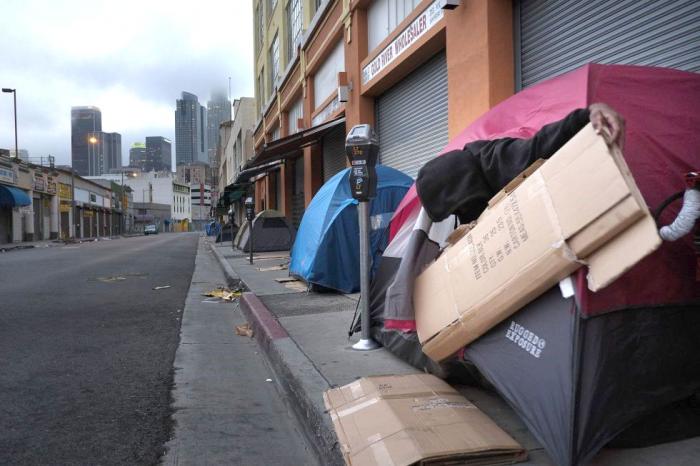 In Los Angeles, three out of four homeless people have no bed in any shelter or temporary solution. PHOTO: AP

Prelude to the Summit of the Americas in Los Angeles, United States, at the end of the first weekend of June, the meeting continues to suffer from a “strange” silence on the part of its hosts and, except for a last-minute invitation to the President of the Spanish government to attend as Joe Biden’s guest -is it that Spain is in America?-, little is known about the subject.

The invitation from across the seas is focused on the issue of migrants. I am not very convinced that Biden’s power of persuasion can involve a country in this issue that continues to lead the European Union in unemployment, with a rate of 13.3%.

The U.S. administration hopes that Spain will agree to double or triple the number of temporary workers from Central America, according to Axios.

Regarding the participation of the President of Mexico, Andrés Manuel López Obrador [AMLO], it was reported that the U.S. President wishes his Mexican counterpart to accompany him in person at the meeting.

López Obrador has stated that, if Washington does not invite all the countries of the Americas to the Summit, he would not cancel his nation’s participation in the event, but would send his representative, the Minister of Foreign Affairs.

Also in the last few days, especially in the South Florida press, some Miami-based anti-Cuba hate-mongers have begun to appear, announcing their attendance at the Summit. The publications do not explain whether they are part of the so-called civil society, knowing that they are counter-revolutionaries of Cuban origin.

The rest of this poorly made movie has been put in the hands of the media related to its organizers so that they can “make a fuss” about the ups and downs and manipulations of the hosts, which are not at all transparent.

For the Spanish newspaper El País, the city is “the misery capital of the United States”, and argues that the number of “homeless” people there has increased by 23% in one year, and details that three out of four homeless people do not have a bed in any shelter or temporary solution.

Across the United States, there are 553,000 people sleeping on the streets.

According to the RT website, the “hidden face” of Los Angeles is its poverty rate. It is estimated that there are about 66,433 homeless people in the city, and the African-American population continues to be the hardest hit by this scourge, if one compares the proportion of 33.7% with the total population, since this community only represents 7.9% [of the whole].

ATTACK AGAINST THE PEOPLE`S FORUM REJECTED

The attacks against the headquarters of The People’s Forum, in New York City, have been rejected by institutions and social movements that warn of the action of right-wing groups in the United States, with the support of the police.

“From Casa de las Americas we send all our support and solidarity to the members of The People’s Forum (TPF), whose headquarters in New York City has been the object of an illegal attack by reactionary forces of the extreme right”, a communiqué from this institution states.

According to Prensa Latina reports, more than a dozen New York Police Department agents entered TPF without being invited and acted as security for the extreme right-wing, which carried out the illegal attack.

The Cuban Institute of Friendship with the Peoples (ICAP) expressed its strong rejection of the aggression against the organization.

It is noteworthy that this attack takes place when many TPF staff and leadership members are in Los Angeles organizing the People’s Summit for Democracy, ICAP stressed.