Last Tango in Paris (Bertolucci, 1972) has been shown again these days at the Yara cinema as part of a series entitled Placeres y Angustias de la Carne (Pleasures and Anguishes of the Flesh), and with it comes “the latest” -which is really not so new-, related to one of the most controversial films in the history of cinema. 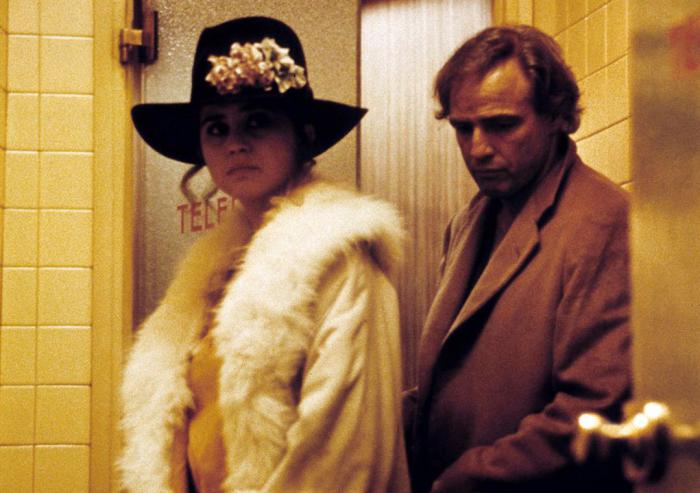 An image from the film.

LAST TANGO IN PARIS (Bertolucci, 1972) has been shown again these days in the Yara cinema as part of a series entitled Placeres y angustias de la carne (Pleasures and Anguishes of the Flesh), and with it “the latest” comes to light -which is not really so new-, related to one of the most controversial films in the history of cinema. “The Last” refers to some statements made by Bernardo Bertolucci for the French Cinémathèque in 2013 and aired on YouTube in 2016 on the occasion of the International Day Against Gender Violence.

There, the Italian director was putting the stamp on what had long been vox pópuli in the film world: the rape scene (using butter) had not been agreed-upon with the actress Maria Schneider. Rather, it was a trap devised the day before by Marlon Brando, and accepted by him [Bertolucci] to obtain a true veracity.

It should be remembered that Last Tango … narrates the passionate, and not infrequently violent, relationship of a 19-year-old girl with a 48-year-old man and, according to its director, he wanted Schneider not to interpret her humiliation and rage, “but that she really felt it ».

The statement again put on the table the old controversy of how far art can get to capture what the creator proposes. In a short time the video had more than half a million views, not a few condemning Bertolucci and Brando.

Actresses like Jessica Chastain and Chris Evans declared that they would never see the film again, nor would they look at its director and main actor in the same way.

LAST TANGO IN PARIS ran the risk of returning to go to the bonfire, as happened at its premiere, although in those days from the perspectives of a prudish morality that banned it in several countries, including Italy, cradle of its director.

Then came the urgent statement from Bertolucci saying that the assembly of his statements had been misinterpreted on YouTube and that the scene of the rape, which was not real, was in the script. The only new thing was “to use the butter” and take her by surprise “so that she would react like a girl, not like an actress,” he reiterated.

In 2007 she had made statements to the Daily Mail that did not reach light until 2016, along with the new controversy: “during the scene,” she said, “even if what Marlon did was not real, I really cried. I felt humiliated and, to be honest, a little violated by Marlon and Bertolucci. At least it was only one take ».

She would not tire of repeating that she had ended up hating them both and having finished her career she entered a psychiatric clinic. Depression would mark her for life and it is not risky to say that in it much had to do the film that brought her to know fame.

Some said unjustly in those days that she had been far below Brando, without taking into account that Maria’s inexperience, being nude for part of the plot, and forced to respond to the constant improvisations of her partner, as Bertolucci allowed to the actor to change and contribute whatever he wanted in full shooting.

Impressed by the performance of the young woman, many first-line directors -Buñuel, among them- went out to hunt her, but she simply did not measure up.

Today LAST TANGO IN PARIS is the great film that is, regardless of the comments-truths, half-truths and lies-that will continue to arrive, even if not one member of the audience from the time of its release, who applauded and were moved by her, remains alive.

4 years ago Granmamovies, Women14
Digging Themselves OutWomen in the Revolution