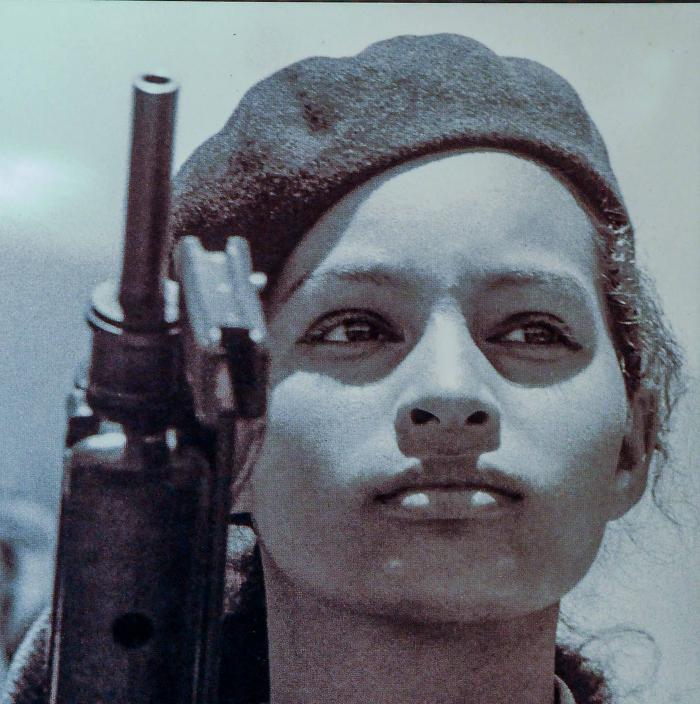 In the crowd of that May 1, 1962, a young photographer focused on the still-adolescent face of Idolka Sánchez as she marched in front of the José Martí Memorial in Havana.

She, one of the nearly 2,000 militiawomen of the Lidia Doce women’s battalion, saw him approach, camera in hand. He didn’t seem to care about anything else. It was as if he had seen her from afar and didn’t want to let her go without obsessively capturing her image. He chose her.

“The man whose name, Korda, I had barely heard, was the same man who, in March 1960, had immortalized Che’s face with his mane in the wind, during the burial of the victims of the La Coubre terrorist attack. He ordered her to “put the machine gun up”. His order was followed by several clicks of his camera and, in a matter of seconds, she disappeared.

When she had forgotten the incident, he returned that same morning. Korda wanted to repeat two new shots. She did not want to capture just one face or one image. He was looking for a symbol, and he found it. The next day the photo went from one end of the island to the other on the cover of the Revolución newspaper.

“I felt an emotion that I cannot describe. It was not vanity, but eternal gratitude. I never thought about the transcendence of that image,” Idolka Sánchez Moreno told Granma.

Fifty-six years after that encounter with Korda, the image known as “La Miliciana” endures. The sun on her face, the severe look focused on the horizon, her embrace to the rifle that points to the sky, the beret tilted …

Today, Idolka preserves the late beauty of the 22-year-old girl who was in those early and intense times of Revolution. “I will never forget that it was a beautiful, clear morning, similar to today. I didn’t expect that it would attract the attention of any photographer, being surrounded by so many women. My main interest that day was the possibility of parading in front of the Commander in Chief,” she says.

It would take years for Idolka and Korda to meet again, after “La Miliciana” became an iconic image and adorned banners, postcards, photographic exhibitions, and appeared on the walls of workplaces and embassies. Few people know that she was the young woman in the photo.

“I remember one day, walking with my sister to work, a woman saw “La Miliciana” hanging in the window of an establishment. She, a few steps away, said, without knowing that we were listening: “Look at that, surely she left the country and yet they have her everywhere. My sister confronted her, but finally we decided to continue on our way.

She joined the Militias as soon as they were created: “I came from a family that supported every step of the revolutionaries through the Sierra, and my destiny could not be any other. I studied Law at the University, I have dedicated all my life to my country and today my two children are photographers”, remembers Idolka.

Almost two decades after that May Day, in 1981, he saw Korda again.  Muchacha magazine arranged a reunion between him and “La Miliciana”.

“It was very emotional, but I never expected any recognition. That was his work. I was only an occasional model, discovered in the middle of the parade, one of so many young people who proudly wore the most beautiful of all the costumes, that of the militia.

From that meeting in front of Revolution Square on May 1, 1962, Korda once recalled that “I had been looking for hours with my camera in the crowd. The Lidia Doce women’s battalion attracted me and I captured many gestures. But in revealing only one was the indisputable one: the militia woman with the rifle held high and such a decision in her eyes that I said to myself: this is the Cuban warrior, the woman in the defense of the homeland.

Alberto Díaz Gutiérrez, better known as Alberto Korda (September 14, 1928-May 25, 2001), is one of the great photographers of all time, with a body of work that forms part of the symbolic imaginary of the Cuban Revolution.

“La Miliciana”, the instant that captured the purity and strength of women at an exceptional moment in national history, was one of his most beloved portraits. “It is a photo that will survive us,” said Korda. Future generations will admire our eternally young militia. And so it was. 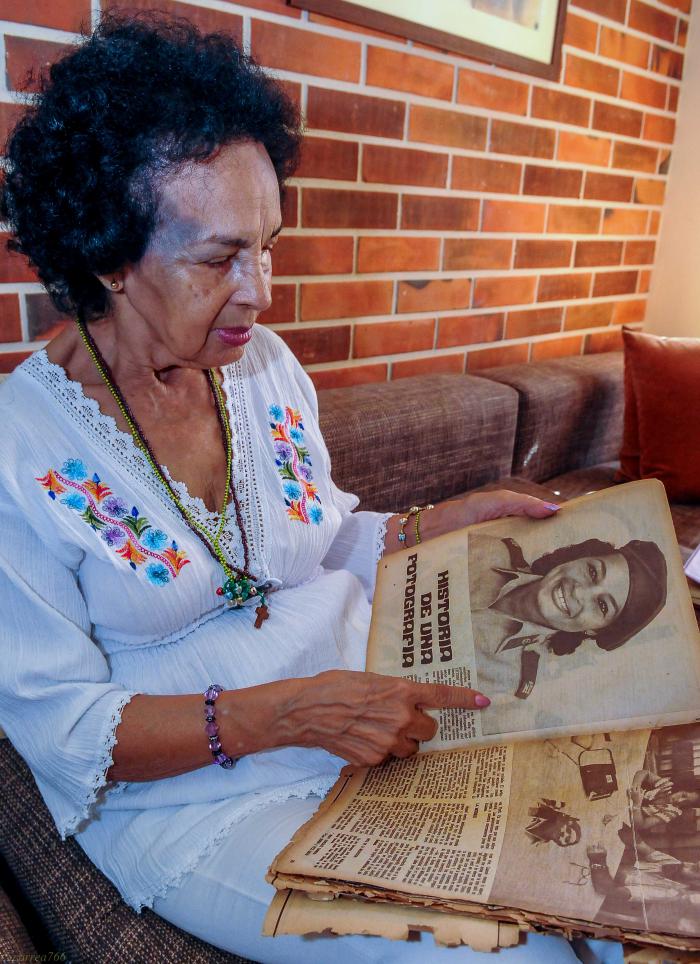 “I never thought about the transcendence of that image,” confesses Idolka. Photo: José Manuel Correa 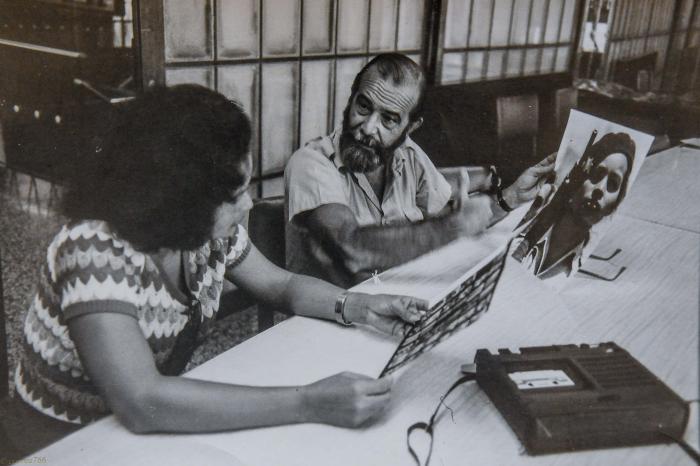 Idolka in the meeting with Korda, which was set up by the magazine Muchacha. Photo: Courtesy of the interviewee.

3 years ago Granma, Translations11
In Defense of the North American Working ClassFear of Competition from RT (Russia Today)