Iván Cepeda: “Cuba as a Guarantor was Impeccable”

Iván Cepeda Castro was representative to the House (2010-2014) and senator (2014-2018 and 2018-2022) for the Alternative Democratic Pole. From 2012 to 2016, he served as facilitator of the peace process between the Colombian Government and the Revolutionary Armed Forces of Colombia-People’s Army (FARC-EP) and had similar responsibility in the dialogues between the executive and the National Liberation Army (ELN) between 2014 and 2018. 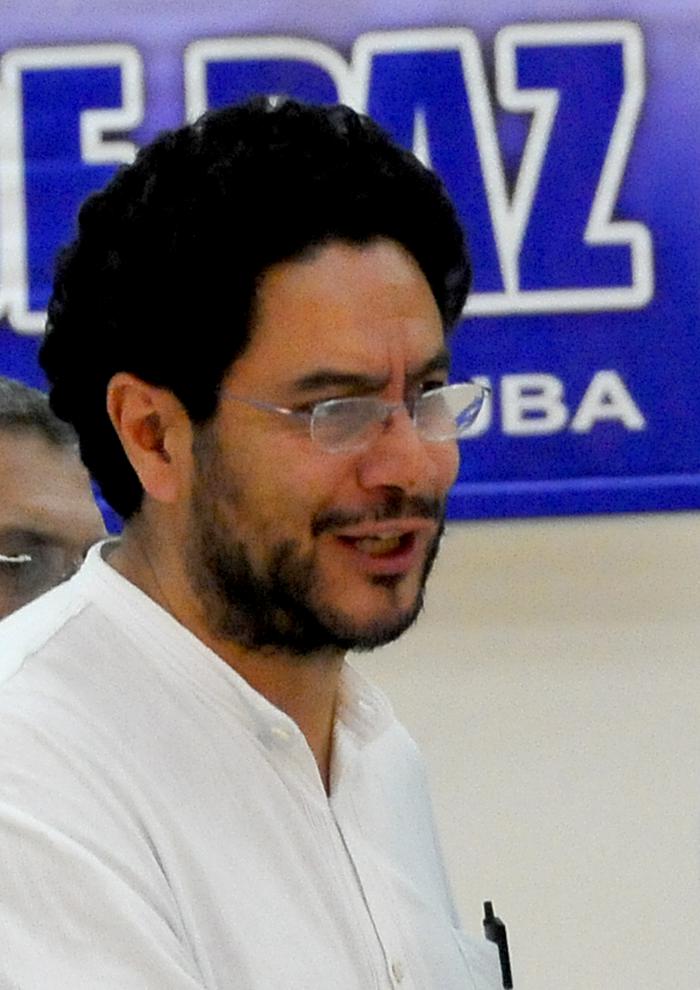 Iván Cepeda has dedicated himself to the defense of human rights and the search for peace in Colombia Photo: Juvenal Balán

For more than 20 years, he has devoted himself to the defense of human rights and the search for peace in Colombia. It has not been an easy road. Because of his work for justice for the victims in his nation, he has received countless threats against his life, had to remain in exile for several years and faced political persecution.

Iván Cepeda Castro is a man of principle who dreams and acts, as a citizen and a politician, for a better country. Representative to the House (2010-2014) and Senator (2014-2018 and 2018-2022) for the Alternative Democratic Pole, he served between 2012 and 2016 as a facilitator of the peace process between the Colombian Government and the Revolutionary Armed Forces of Colombia-People’s Army (FARC-EP) and held similar responsibility in the dialogues between the executive and the National Liberation Army (ELN) between 2014 and 2018.

Therefore, his views acquire special relevance to deepen in several issues related to the peace process in his nation. He kindly responded to Granma on different topics of current Colombian politics, of notable regional and global interest, taking as a starting point his assessment of Cuba’s role during the dialogues between his country’s executive and the FARC-EP…[sic]

“In each and every circumstance, Cuba’s role was fundamental, decisive, indispensable, because it created the necessary environment and context for the dialogues. A role that has been especially careful, respectful at all times of the Colombian State and its government and, of course, also of the delegation of the FARC-EP. The role of guarantor has been carried out with scrupulous care to avoid crossing that line where one begins to intervene in the dialogues, to try to guide them, or to break the independence that each of the parties must have.

“Cuba’s work as guarantor was impeccable, both in contributing to the solution of the problems inherent to the talks, facilitating the dialogues, fundamentally the rapprochements at the most difficult moments of the debate that took place at the Table.  Also, at the most critical moments, with events outside the talks, the dynamics of the confrontation that continued in the country and another series of issues such as the fierce opposition of sectors that were not prone to dialogue, arose in Colombia.

“In all those moments of tension, in all those moments of difficulty in which dialogue was in serious danger, the work of Cuba and also of Norway was definitive; both teams of guarantors dedicated to seeking, precisely, to resolve the problems. This has also been the case in the implementation of the agreement, in which Cuba – together with Norway and also the United Nations Verification Mission – has played a central role”.

-More recently, the Cuba also played the role of guarantor in the peace dialogue between the Colombian Government and the ELN. What is your opinion of Cuba’s role in this process?

-It has also been fundamental in the dialogue processes that have taken place in relation to the ELN. A process which has allowed, for the first time in the history of the rapprochement with the ELN, the concretion of a negotiation agenda and also the beginning of the development of the points contained in that agenda.

“The attitude of the Colombian Government towards these dialogues and towards the specific episode of this protocol is an attack, an aggression against the principle of legality of peace dialogues in any circumstance”.

“It is part of a conception of International Relations that this government has developed, totally folded and absolutely subordinated to the interests of a radical and extremist sector of the White House policy today and that, fundamentally, obeys the electoral dynamics and the debts that Donald Trump has with a Republican political sector in the state of Florida.

“This is what, unfortunately, has led Colombia to assume the sad role of a kind of battering ram in US policy towards Cuba, Venezuela and the region in general”.

-In this sense, among the latest events in his country is the arrival on Colombian soil of the U.S. Security Force Assistance Brigade.

-Colombia becomes the platform and the laboratory of an aggression policy of the current US Government towards countries in the region. It is evident that it is serving as a leading government in the policy of aggression towards Venezuela and Cuba. “We are now witnessing what is called this “by invitation” military intervention, that is, the presence of an elite brigade of the U.S. Army Southern Command in our territory. This could easily become a scenario of international confrontation, of a multinational nature, in which not only would Colombia and the U.S. military forces be involved against Venezuela, but also, eventually, in a confrontation with other world powers such as China and Russia. It is clear that this scenario is highly dangerous and the policy of the current Colombian Government is being applied to it.

-The work of the High Commissioner for Peace, Miguel Ceballos, was questioned by you and other legislators during a debate on Political Control in the Second Committee of the Senate at the beginning of June. Can you give us more details on this?

-We argued in the debate on Political Control that High Commissioner Miguel Ceballos has produced a radical transformation in the responsibility he has in the Government. He should be the official in charge of peace policy and we see that his entire management has been oriented precisely in the opposite direction: in generating obstacles, difficulties and problems to make the implementation of the Peace Agreement already achieved practically impossible. In addition, in preventing the development of a peace process with the ELN and, within that function, of course, in having contributed to the aggression against Cuba. In particular, having actively promoted, as he himself accepts, the inclusion of Cuba in the list of those called by the United States countries that do not cooperate in the fight against terrorism.

-On 15 June, you and other congressmen also welcomed, through a statement, the decision of the Government of Iván Duque to maintain and consolidate diplomatic relations with Cuba?

-It is very positive that, in statements made by government officials, the status of Cuba as a guarantor country has been ratified, but we consider that to be insufficient. The problem that generated the lack of knowledge of the Protocol of Rupture of the conversations with the ELN must be left resolved. So that work of Political Control, which we exercise as congressmen, is going to continue and we are going to develop new actions seeking that the Colombian Government responds in an integral and full way to its commitments.

– What actions could the Government of Iván Duque undertake in support of the Proclamation of Latin America and the Caribbean as a Zone of Peace?

-The only way for the current Government to straighten out the course of the country, after such an erratic and unfortunate leadership as it has had in these two years, is to move towards a serious peace policy, which includes the full implementation of the Peace Agreement, the resumption of the dialogues with the ELN and the promotion of a radically different international policy, oriented towards cooperation, integration and towards that objective of making our region a Zone of Peace.