Home From the “Monkey Trial” to Our Times

From the “Monkey Trial” to Our Times

From the “Monkey Trial” to Our Times

In July 1925, 95 years ago, in the small town of Dayton, Tennessee, the so-called “Monkey Trial” was held. It all began with the arrest of teacher John Scopes, who was accused of explaining to his high school students Darwin’s Origin of Species. 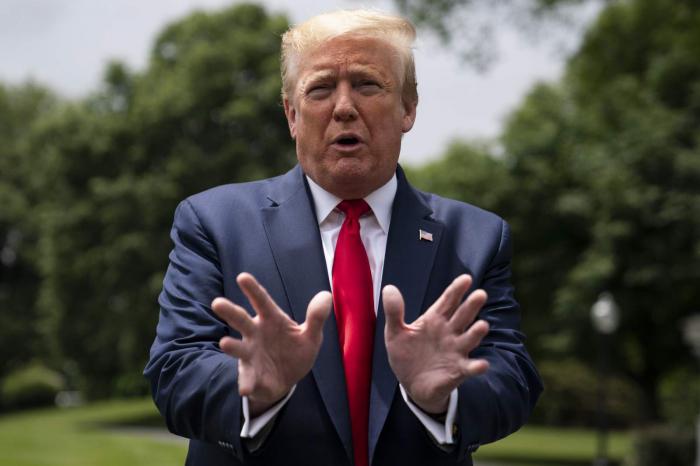 The same irrational obstinacy of Darwin’s deniers reappears in Trump’s dismissive attitude towards science and scientists and in his erratic and criminal response to the pandemic. Photo: AFP

In July 1925, 95 years ago, in the small town of Dayton, Tennessee, the so-called “Monkey Trial” was held. It all began with the arrest of teacher John Scopes, who was accused of explaining to his high school students Darwin’s Origin of Species.

He had violated a Tennesee law that forbade “the teaching of any theory that denies man’s Divine Creation as it is in the Bible, and replaces it with the teaching that he is descended from an order of lower animals.”

Many local people demonstrated in the streets with signs and shouts in favor of their religious values and against Scopes and Darwin himself, whom they saw as representatives of the Devil.

From the caricatured simplification of the thesis of evolution (“we are descended from the monkey”), the name with which the trial passed into history was born. It received great publicity in its time and ended up being presented as a duel between two sides, “creationists” and “evolutionists”, and between two prestigious lawyers.

The press in the North showed the clash between a world view that was typical of “deep America”, closed in itself, rural, moralistic, anti-scientific, very religious, and another “free thinker”, open to the debate of ideas and the advances of science.

Scopes was finally found guilty; although he was only sentenced to pay a fine and did not go to prison, as the prosecutor and the extremist sectors of the people wanted.

A theatrical piece based on the trial was released years later, and from it several versions were made for film and television. The sympathies in these plays tend to be on the “liberal” side, although, as in the U.S. entertainment industry, there is no serious investigation into the real causes of the conflict.

Within the questionable and undemocratic US electoral system, “Deep America” contributed decisively, in 2016, to Trump’s victory.

In that space, more cultural than geographical, analysts locate the “hard” electoral base of the ultra-right, associated with the stereotype of the white, Protestant, sexist, homophobic, illiterate, racist, hunter and gun lover, attached to Republican politics, the most conservative morality and the traditional concept of the family. With an exalted and messianic image of his country, he lacks curiosity about universal culture and that which thrives in New York and other US cities with a cosmopolitan vocation.

Joe Bageant wrote an incisive, exceptional book, Chronicles of Deep America, in which he characterizes the scam of the Yankee model and denounces the decline of the Empire on a planet controlled by corporations. His description of “that provincial America,” inhabited by churchgoers who “fanatically listen to the pastor explain the infallibility of the Bible in relation to all known matters, from biology to baseball rules,” and “are not even able–and do not care much about–to put Iraq or France on the map, assuming they have one, is very valuable.

Many believe that Trump is addressing this hard core of voters most of the time, in his speeches, in his tweets, in his permanent show.

The same irrational obstinacy of Darwin’s deniers reappears in Trump’s dismissive attitude toward science and scientists and in his erratic and criminal response to the pandemic.

Trump has also exceeded the political use of the Bible. On June 1, he ordered the removal of anti-racist protesters to walk through a park to St. John’s Church and “hold up a Bible in front of the cameras, like some kind of championship trophy,” as one journalist ironically put it.

Mariann Budde, the bishop of the Episcopal diocese of Washington, said: “It was traumatic and deeply offensive. Something sacred was misused for a political gesture.

Last Friday, in Florida, at the Doral Jesus Church Worship Center, a refuge for terrorists, in a shameful rally where he avoided talking about the health catastrophe, Trump mixed internal and external enemies under the “caused” word socialism. The Democrats, he said, are standing alongside those who are knocking down statues. And he accused them of wanting to do the same with the statues of Jesus Christ.

An evangelical Christian of Cuban origin went so far as to say that Trump is “God’s chosen one” to stop the communist threat in the United States.

Let us remember that in the 2016 campaign this “chosen one” used inquisitorial language to refer to Sanders and Hillary Clinton: “He made a pact with the devil. She is the devil.” This is the kind of medieval insult used in 1925 by the people of Dayton to attack Scopes and Darwin.

1 year ago GranmaTrump, US politics0
The pandemonium virusIván Cepeda: "Cuba was Impeccable"