Home “I Am Proud of Cuban Democracy”

“I Am Proud of Cuban Democracy”

Gustavo Machín:
“I Am Proud of Cuban Democracy” 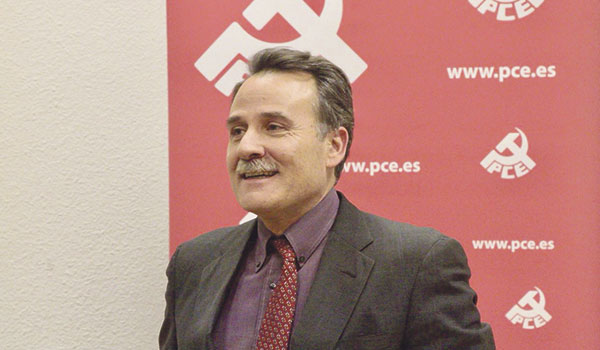 This, I believe, was called proletarian internationalism at the time. These are principles that we deeply respect and that we not only respect but also assert. They are principles to which all the member countries of the United Nations are committed, and we see how many countries repeatedly fail to respect them and make manipulated use of these principles at their convenience.

M.O.: Of Cuba’s diplomatic delegations, the Spanish delegation is undoubtedly one of the most important because of its cultural, historical and now economic and commercial ties.

G.M.: Cuba and Spain have a very deep historical, family and cultural relationship in each of the two countries, and that, in itself, gives a different content and substance to the relations between Cuba and Spain. I feel very proud and pleased to have been sent as ambassador to Spain. There are strong historical, family and emotional ties that merit that importance.

Cuba and Spain had a paternal-child relationship during the five centuries of Spanish colonial domination, but the son grew up and we are already talking about a relationship of brothers, a relationship of equals that have the advantage of those deep historical ties.

You also mention the economic and commercial sphere and it is true, it is one of the spheres in which we work but they must be mutually beneficial and must respond to the interests of both countries.

We are open to investment and to the economic-trade relationship with Spain, but we have a definite policy on foreign investment that does not constitute subjugation but a factor in the economic growth of the country in which both parties benefit. We have enormous potential for growth in parliamentary relations, in relations of cooperation, energy, judicial or development cooperation, even.

If we want to broaden and deepen relations with Spain, the strong relations that exist between the Cuban people and the Spanish people deserve that at the country level we also have the same relationship and, as ambassador of Cuba, I am here to broaden and consolidate them, not only with the government but with all sectors of Spanish society.

M.O.: You arrived in Spain after having been part of the diplomatic delegation in the United States and you have coincided with a change in the presidency of that country. What did Trump’s arrival mean in the dispute with the United States?

G.M.: During the last two years of the Obama administration, our two countries took the decision to re-establish diplomatic relations and move them towards a process of normalization. You have to recognize that there was progress in the bilateral relationship, we opened our embassies, we had a much more fluid political-diplomatic relationship, exchanges and cooperation were a sphere in which we advanced a lot, based on the mutual interest of both countries.

Nevertheless, it must be said that the economic and financial blockade of Cuba was not lifted by Obama, an image has been created that the blockade is over and not. The blockade is maintained and was not lifted, in fact, during the Obama administration there was a record in the imposition of fines on companies and ships that had commercial relations with Cuba.

But we have to recognize that there were advances, not substantive ones, but at least we worked towards a better relationship. With the Trump administration, we are facing a totally different situation from the one we had with the Obama administration. We are in a clear setback in relations between Cuba and the United States.

Trump has been reversing many of those advances, we are going towards a negative atmosphere in bilateral relations, but I always like to point out that within the United States, within the American public opinion, the opposition to the blockade of Cuba, the opposition to an opposite and offensive policy towards Cuba, is growing every day.

The disagreement with the backtracking measures that President Trump is doing has even reached Florida. Today, the majority of the Cuban community based in the United States and especially in Florida are in favor of lifting the blockade and having normal relations between the two countries.

US policy towards Cuba has been kidnapped by right-wing politicians from that community and they are the ones who are imposing a line of action, but I can assure you that at the level of society in the United States, business sectors, academics, non-governmental or religious sectors are in favor of changing the policy towards Cuba.

Even if the rulers and President Trump want to retreat, he will always have American society against him and to a great extent this retreat does not correspond to the interests and desires of the American people and society.

M.O.: And a few months after your arrival in Spain, there is a change of government here, in this case with an inverse path in which a social-liberal replaces a conservative president. What influence does this change have on bilateral relations between Cuba and Spain and the European Union?

I feel satisfied to have been named at a time when that State policy towards Cuba prevails. During my eleven-month stay in Spain, I see the good state of bilateral relations, both countries are working to expand and consolidate.

Spain was one of the countries that, during the previous government and with the parliamentary support of the majority of the political forces, played a very important role in the renegotiation of the sovereign debt, but also and above all in negotiating a new agreement for political dialogue and cooperation with the EU that has been in force since last November.

[It’s] an agreement that has managed to overcome the so-called common position that President Aznar imposed on relations with Cuba, which was an interfering, conditioning relationship that we never accepted. I believe that it is a success for both the European Union and Cuba that a new political dialogue and cooperation agreement has been adopted; we are in a new context in the relationship based on respect for independence, sovereignty and equal treatment.

We hope that on 31 October, the day of the vote on the resolution lifting the blockade in the United Nations General Assembly, the EU will continue to vote in favour of the blockade.

M.O.: Let us go to Cuba. You are immersed in a constituent process with a profound debate on a new constitutional text, but what has reached us here is that Cuba is abandoning communism.

G.M.: (laughs) Yeah, I noticed those headlines. What a superficial interpretation. President Díaz-Canel has said. We are defining ourselves as a socialist country that has not yet reached communism. We cannot define ourselves as a communist country if we are not yet, we are still in socialism, in our socialism.

It is a constitution for the moment, flexible, advanced and easy to use and interpret, a constitution that reflects the real context. As far as I know, the party has not had its name changed. I am still a member of the Cuban Communist Party, whose leading role in Cuban society is recognized by the Constitution.

This appears in the draft with their full names and surnames, because of their recognized prestige, roots and recognition within society as the party of all of us. But well, we are used to it, decades have gone by talking about Fidel and longing for a biological solution to the Cuban problem, then they went for Raúl, and now that none of the Castro’s is president, they are going for Diaz-Canel and they are already making him look like a “dictator”.

In short, how many examples could I give you that if we were a dictatorship many of the things that happen in Cuba would not happen! Cuban society is contentious by nature, we have an opinion on everything. Anyone who knows us minimally knows it.

What is clear to us is that our majority has opted for a Cuban model of socialism that copies no one, a socialism according to our history, our traditions, our context and our economic and geographical conditions, a socialism that we have never renounced.

We are a country that has a Constitution, that has laws, that has an institutionality. We have our electoral system, there will be those who do not like it, but it is ours, the one that works and of which I am proud. I feel proud of Cuban democracy, a model that the majority of Cubans endorsed when we went to last year’s elections to elect our deputies to the National Assembly with a participation in free and secret vote of 84% of the census.

M.O.: How do you evaluate the process that led to the election of Diaz-Canel as president, replacing Raúl Castro?

G.M.: Raúl Castro, by his own decision, even against many who wanted him to be re-elected, kept his word, said two terms and so it has been. You are still a deputy member of the Assembly, because you are elected in your district. In Cuba, to be president, you have to be a parliamentarian. The arrival of Diaz-Canel, therefore, is part of the democratic normality of our nation, a continuity endorsed by the people.

M.O.: How is the process for Cuba to have a new Constitution developing?

G.M.: You have used the terms correctly. It is a new Constitution, not a mere reform. We improved our model of government by creating the post of the President of the Republic, as head of state, and that of prime minister, as head of government. A president who cannot be president for more than two terms.

We are proposing an administrative rationalization, reinforcing the role of the municipalities as the fundamental unit of the political, economic and social organization of Cuba, eliminating the provincial assemblies, authentic parliaments that exist today in the 14 provinces that now become simple administrative entities and whose powers pass to the municipalities.

It is an abundant text in reference to the rights of Cubans, I even think that they could put a little more duties on themselves. We are giving constitutional rank to all the rights that emanate from the international agreements on human rights of which Cuba is a member: food, health, housing, social security, assembly, press.

For example, here in the embassy we had our meeting, as Cubans, we discussed the entire Constitution and 57 proposals for modification were made, which have been sent. The popular discussion of the draft constitution will take place until November 30, after which all the opinions expressed will be sent to the parliamentary commission, which also has a broad representation of all sectors of society.

4 years ago Translations7
Julio Lobo, the King of HavanaThe Kiss of Life